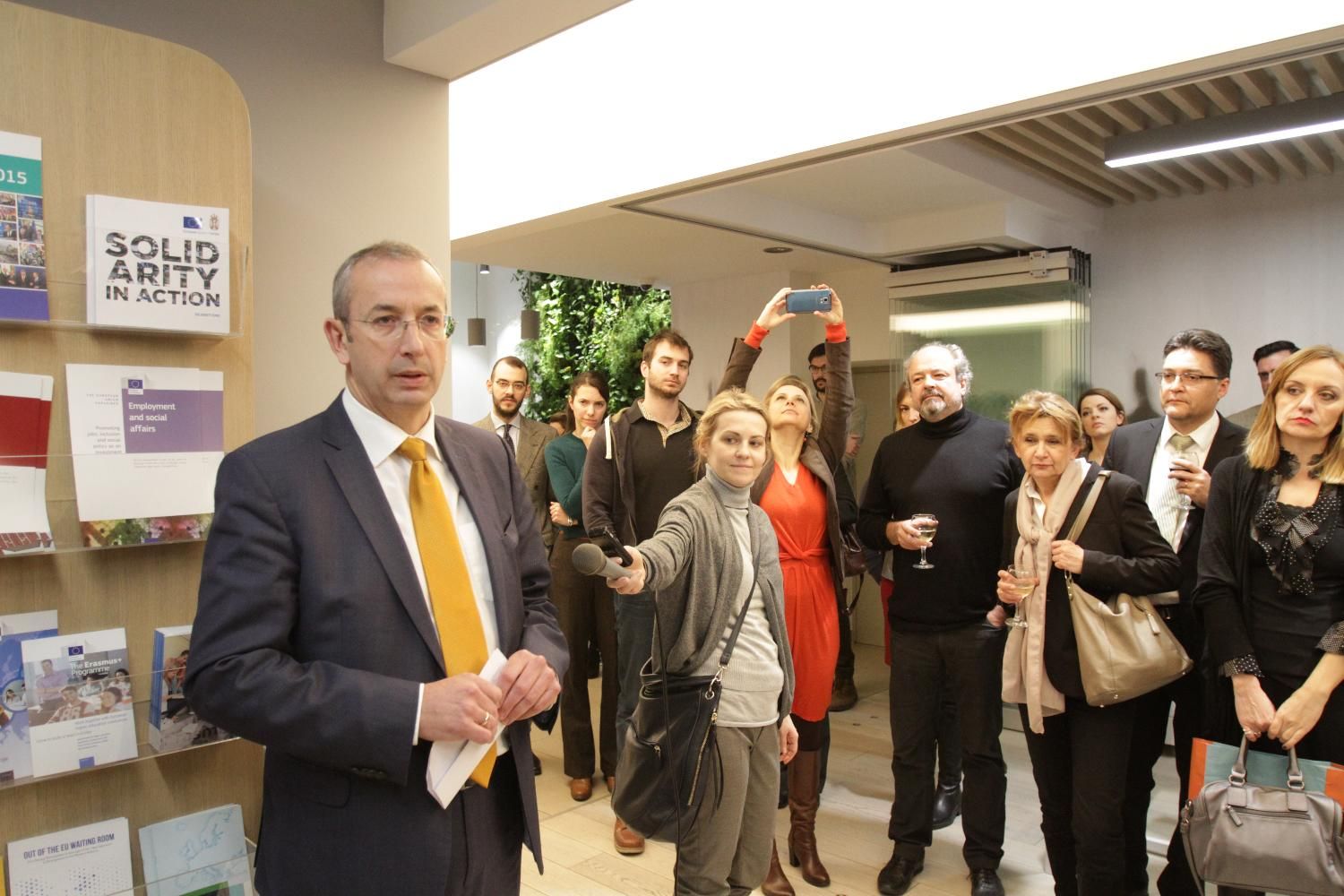 BELGRADE – “This year was great for relations between Serbia and the European Union,” said Head of EU Delegation to Serbia Michael Davenport at the New Year reception for journalists and colleagues from government and NGO sector, organized by the Delegation and the EU Info Centre this Friday.

“Looking towards the next year, we expect to build on this momentum. We in the Delegation have one major task, and that is to support Serbia in the political, economic changes that citizens want to see and that are necessary for Serbia’s membership in the Union”, stated Davenport.

According to him, 2016. was a year of many surprises, a year of some terrible and tragic events in the world, and he hopes that these problems will be overcome in the coming year.

Davenport thanked associates from EU Info Centre who, from this February are working in the new premises in Belgrade. He said that since then this establishment has organized 219 events and that more than 10,000 people have “passed” through the EU Info Centre .