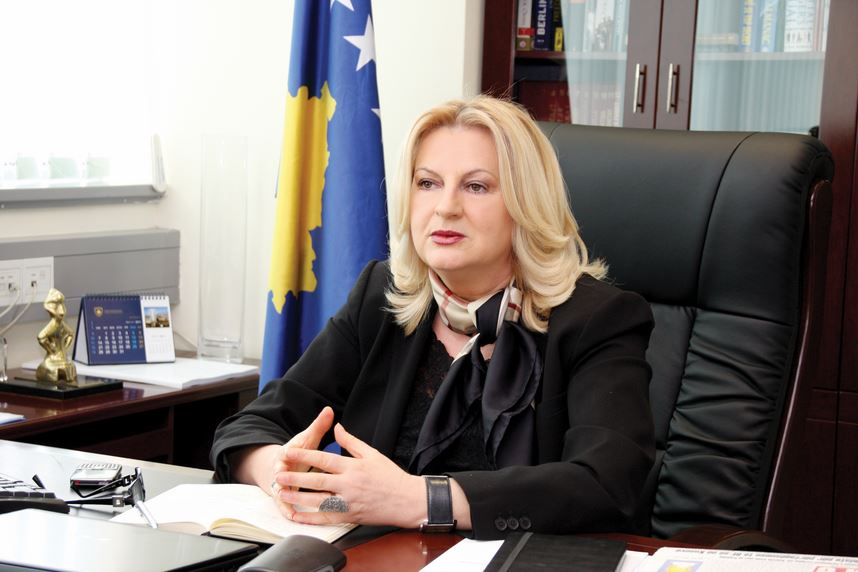 Edita Tahiri; Photo: Office of the Prime Minister of Kosovo

They state that here will operate 105 officers from 15 Kosovo ministries and several agencies, that will be managed by coordinators.

These events have not been previously announced and are observed through a press release that afternoon Tahiri announced on its Facebook page, reports KosSev .

She called it “the expansion and consolidation of the sovereignty of the state of Kosovo in the northern part of the country”, while announcing the opening of the same offices in the remaining two municipalities in the North – Zubin Potok and Leposavić.

“After several months of intensive preparation by the Ministry for dialogue with Belgrade and the Ministry of Public Administration – and the commitment of all institutions, especially with the support of the Prime Minister, today began operating the central institution in the northern part of the country,” said in a statement Tahiri.

The process will be continued with the opening of Kosovo Government offices after the New Year in Zubin Potok and in Leposavić, both of which have buildings intended for this purpose.

Zvizdić: Before BiH is so far the most important and most complex phase of European integration

Vučić and Merkel discuss “roadmap” for negotiations after elections in Kosovo