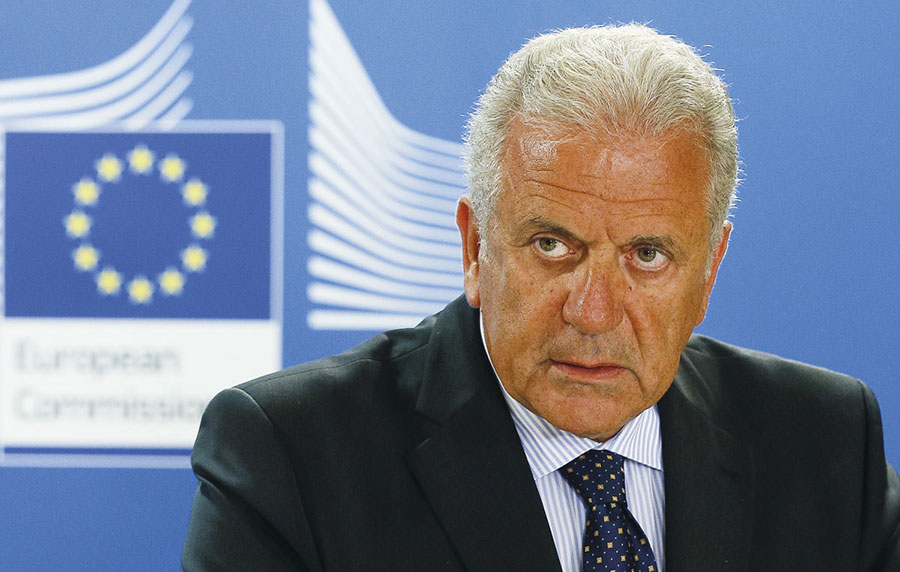 BRUSSELS – Over the last two years, the unprecedented migration and security challenges have put into question the resilience of Europe and its immediate neighbourhood, at many levels. At the same time, these issues have proven to be opportunities for greater cooperation, closer ties and deepened relationships across Europe as a region and a continent, beyond nationality or EU membership. In this context, the EU-Western Balkan cooperation should be deepened and intensified even more in order to become an example of how common challenges can be faced in a spirit of true solidarity. Because it is precisely solidarity that is the main catalyst for such strengthened cooperation.

While more than 800,000 people arrived on European shores in 2015 looking for protection from Greece to Serbia to Germany, these arrivals have dropped to less than 200,000 so far in 2016 thanks to good cooperation in the region, including the EU-Turkey Statement and better border management across the entire Western Balkans route. At the same time, Europe has witnessed several bloody terrorist attacks in 2015 and 2016, displaying the interconnectedness of terrorist fighters, firearms trafficking and the threat of radicalisation across the continent. Even though migration and security issues are very distinct phenomena, both have demonstrated the clear need for a European response in its broadest sense, based on mutual trust, shared values and increased cooperation.

This is why one of the key elements of the new European Border and Coast Guard – whose field of action is there where migration and security intersect – is exactly cooperation that is not limited to the EU, but focused on Europe as a region. Whether it is the former Yugoslav Republic of Macedonia, Bosnia and Herzegovina or Albania or Montenegro that are under pressure, the European Border and Coast Guard will be able now to offer additional support when it comes to border management. This is also precisely why Europol will soon be deploying Liaison Officers in the Western Balkan region, to strengthen the cooperation and information exchange on migrant smuggling and counter-terrorism investigations and activities. And this is also why we want to shift gears in our cooperation on firearms with the Western Balkans, to avoid that more illicit firearms are trafficked in the region and abused for criminal and terrorist purposes elsewhere in Europe.

The Western Balkan countries don’t only have a long and steady historical relationship with Europe in bad and good moments. The Western Balkans are Europe. Our past and present are shared, and so is our future. This is why visa-free mobility to the EU for example is so essential to safeguard and obtain for the whole Western Balkan region, including Kosovo. The new visa suspension mechanism and the proposed European Travel Information and Authorisation System are precisely designed to protect and facilitate the mobility of travellers from the region while enhancing the security standards for the benefit of all.

Now, more than ever, a close and solid relationship between the Western Balkans and the EU is vital. As mobility becomes more and more an inherent feature of the 21st century and as the methods of smugglers and terrorists increasingly change, the EU-Western Balkan partnership will only grow. Ultimately, our partnership goes and will go beyond migration and security as the Western Balkans are part of the European family, historically, culturally and hopefully in the near future also institutionally. We must never allow this neighbourhood to revert back to its past where the dark memories of nationalism are still fresh.The Western Balkan region in its entirety must now look to the future – and this future path can only be European; a path that leads to progress, prosperity, stability and peace. Because this is what reflects the authentic aspiration and vision of all peoples in this part of Europe.

Original statement written by Dimitris Avramopoulos, European Commissioner for Migration, Home Affairs and Citizenship is available at The Delegation of the European Union to Montenegro official site: http://www.delmne.ec.europa.eu/code/navigate.php?Id=3770

VMRO-DPMNE and DUI do not agree on the "desorosoization process"