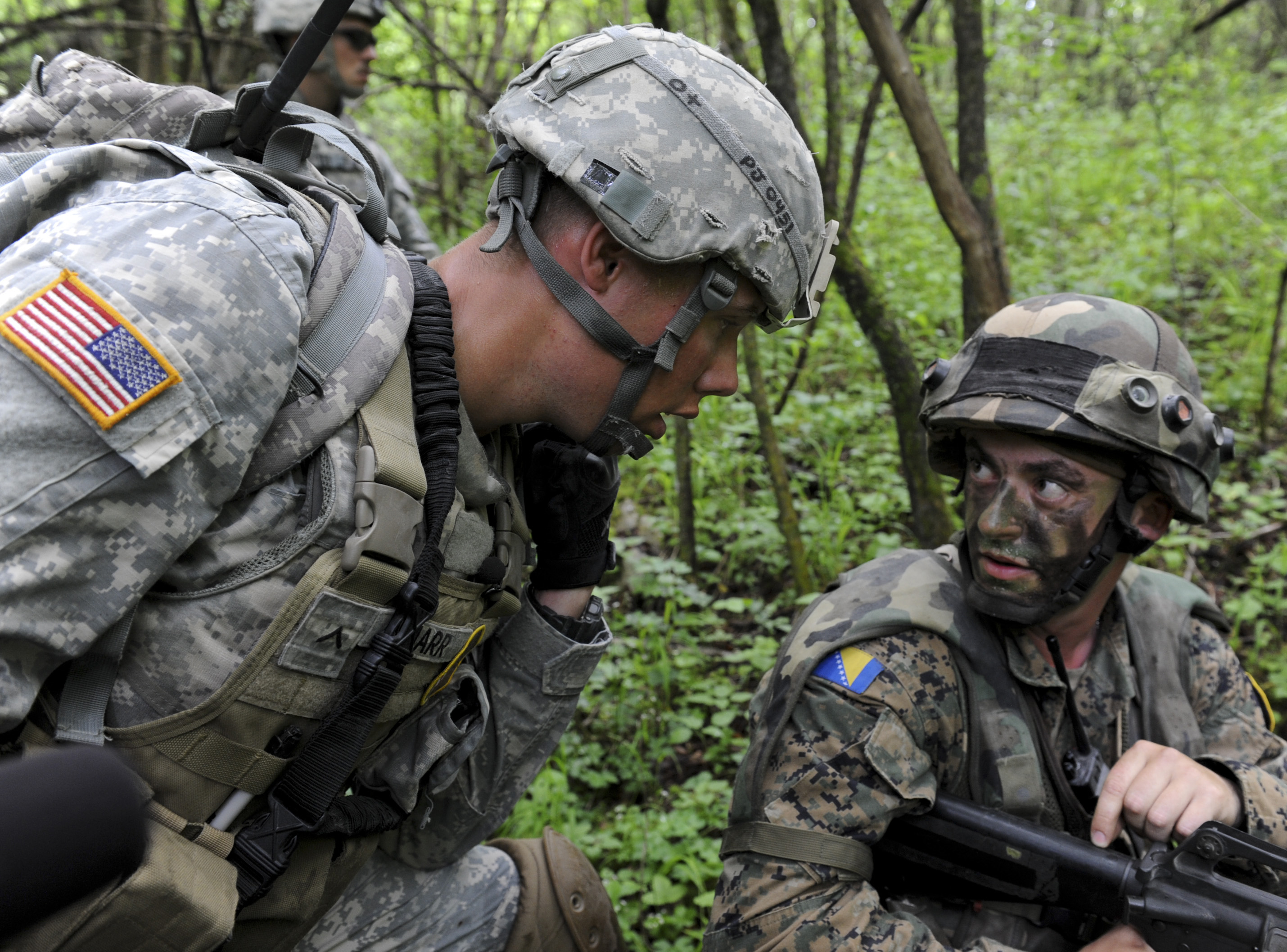 Armed Forces of Bosnia and Herzegovina (AFBiH) came into focus of regional media when a military and civilian parade was held in Banja Luka marking the Day of Republika Srpska, galvanizing the public and local politicians. The controversy arose since the largest celebration to date was organised despite the fact that Bosnia and Herzegovina’s Constitutional Court ruled last year that marking this holiday would be non-inclusive to other non-Serbian citizens. Military part of the parade was criticised because Chairman of the Presidency of Bosnia and Herzegovina Mladen Ivanić gave orders for lining of the ceremonial unit from the Sixth Infantry Brigade of BiH Armed Forces, which was not allowed to participate by other BiH institutions, first of all by the BiH Ministry of Defense, who ordered an investigation into responsibility for this act. To demonstrate why this fact became a political problem, the genesis and structure of the Armed Forces of Bosnia and Herzegovina needs to be presented.

The General Framework Agreement for Peace in Bosnia and Herzegovina, colloquially known as the Dayton Agreement, was signed on December 14, 1995 to end the Bosnian War. At the time, segments of the current AFBiH (Armed Forces of Bosnia and Herzegovina) were distinct armies. First multinational forces that were engaged in Bosnia and Herzegovina after the peace agreement were the Implementation Force (IFOR), created through the Dayton Peace Agreement. Their mission was to separate the former combatants and to implement the first phase of the Dayton Agreement. One year later, IFOR evolved into a Stabilisation Force (SFOR) with a very different mandate: to deter hostilities, stabilise the peace and to contribute to a secure environment. In November 2004 the SFOR mission ended and transformed into NATO HQ Sarajevo with a much smaller presence but with a mandate that was specifically focused on the Defense Reform, an essential prerequisite for integration into European and international institutions, and a key element of national security. Part of the NATO HQ Sarajevo was to assist Defence Reform in BiH and its integration into Euro-Atlantic structures.

In August 2005, the Republika Srpska‘s National Assembly agreed to the formation of a unified plan for the armed forces, as well as the establishment of the unified Ministry of Defense of Bosnia and Herzegovina as part of a wide range of reforms in the defense sector of the country. In December 2005 in Sarajevo, under the auspice of the international administration in BiH trilateral talks started on changing the country’s constitution by strengthening the role and powers of the separated administrations.

The Armed Forces of BiH (AFBiH) are therefore a relative recent creation. They were formed in their current form in January 2006 from two (previously three) armies from the Bosnian War, and are organized into five brigades: three infantry Brigades, Tactical Support Brigade and Air Force & Anti-Air Defense Brigade. Infantry brigades foster identity and military heritage of the units of constituent peoples (Croats, Bosniaks and Serbs). During the war these were called Army of the Republic of Bosnia and Herzegovina (ARBiH), Croatian Defence Council (HVO) and the Army of Serbian Republic (VRS). Later they became (respectively): 4th Infantry (named Guard) Brigade, 5th Infantry Brigade (named Ranger) and 6th Infantry Brigade (named Republika Srpska). Each regiment has a small, non-operational brigade command and corresponding personnel. Each of the infantry brigades have headquarters inside of their respective ethnicity territory. Operational Command is stationed in Sarajevo. These military units have their ethnic insignias (on the right hand they have the military patch of AFBiH, and on their left arm they have symbols of their people). Furthermore, all of the brigades are led by ethnically corresponding brigadier generals. These facts were concessions needed for creation of the unified Forces. Brigades consist of three active battalions each that are also separated along the ethnic lines of constituting nations.

All of this policies are directed towards, on one side, maintaining some of the autonomy of once-conflicting parties, fiercely proud of their history and legacy from war, and seem like a recipe for further division. On the other hand, acknowledging past differences and prerogatives could slowly build trust between the parties and in the future create a functioning, unified Armed Forces in the BiH legal framework. This idea is not problematic if all institutions, supported by the international community, respect the Constitution, international agreements and the Law of BiH.

One of the NATO HQ Sarajevo tasks is to ensure the military implementation  of the Dayton Agreement and to provide support to the current EU mission in BiH. Implementation of Partnership for Peace programme is also one of their duties. Brigadier General Giselle M. Wilz, Commander and Senior Military Representative of the NATO Headquarters in Sarajevo, said in a statement before the parade that the inclusion of any part of AFBiH in the celebration of Republika Srpska Day would violate the Defense Law of Bosnia and Herzegovina and possibly Annex 1-A of Dayton Agreement. Article 5 of the Defense Law of Bosnia and Herzegovina clearly states that the AFBiH cannot be used for the political purposes or activities of political parties. Even though the command to include Republika Srpska brigade in the parade came through official institutions, the ongoing investigation will provide the answer in February whether the law was broken in the process.

BiH and Serbia implement convention on police cooperation in see