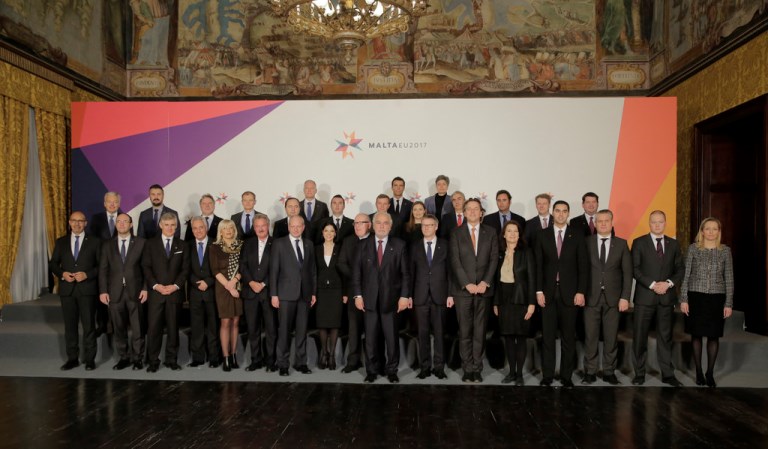 The representatives of the candidate countries had an opportunity to express their views in front of their colleagues from the EU Member States at the meeting. Deputy Prime Minister Ademi stressed that the Republic of Macedonia is ready to cooperate with Malta and the European Union as its proven partners in the fight against any threats that may arise on our border or on the EU external borders. “Our constructive role in the closing of the Western Balkan route for illegal migrants is a clear sign that they can work together in a coordinated manner for the benefit of our citizens and the citizens of the European Union,” Secretariat quotes Ademi.

Ademi stated that the enlargement process must be back on the EU agenda as urgent and necessary, while the EU institutions should convey a clear and convincing message to the citizens of the European Union for the many benefits, direct and indirect, of the Western Balkans integration process, reads the statement.

“We have proved that we are ready and able to implement all necessary reforms if we are given a chance” – stressed Ademi. During the discussion, several representatives of the Member States pointed the importance of the enlargement policy which needs to remain high on the EU agenda because it is an investment in peace and stability of the whole continent, and the candidate countries should be given a clear vision of their European perspective, ends the statement published on the Secretariat’s website.