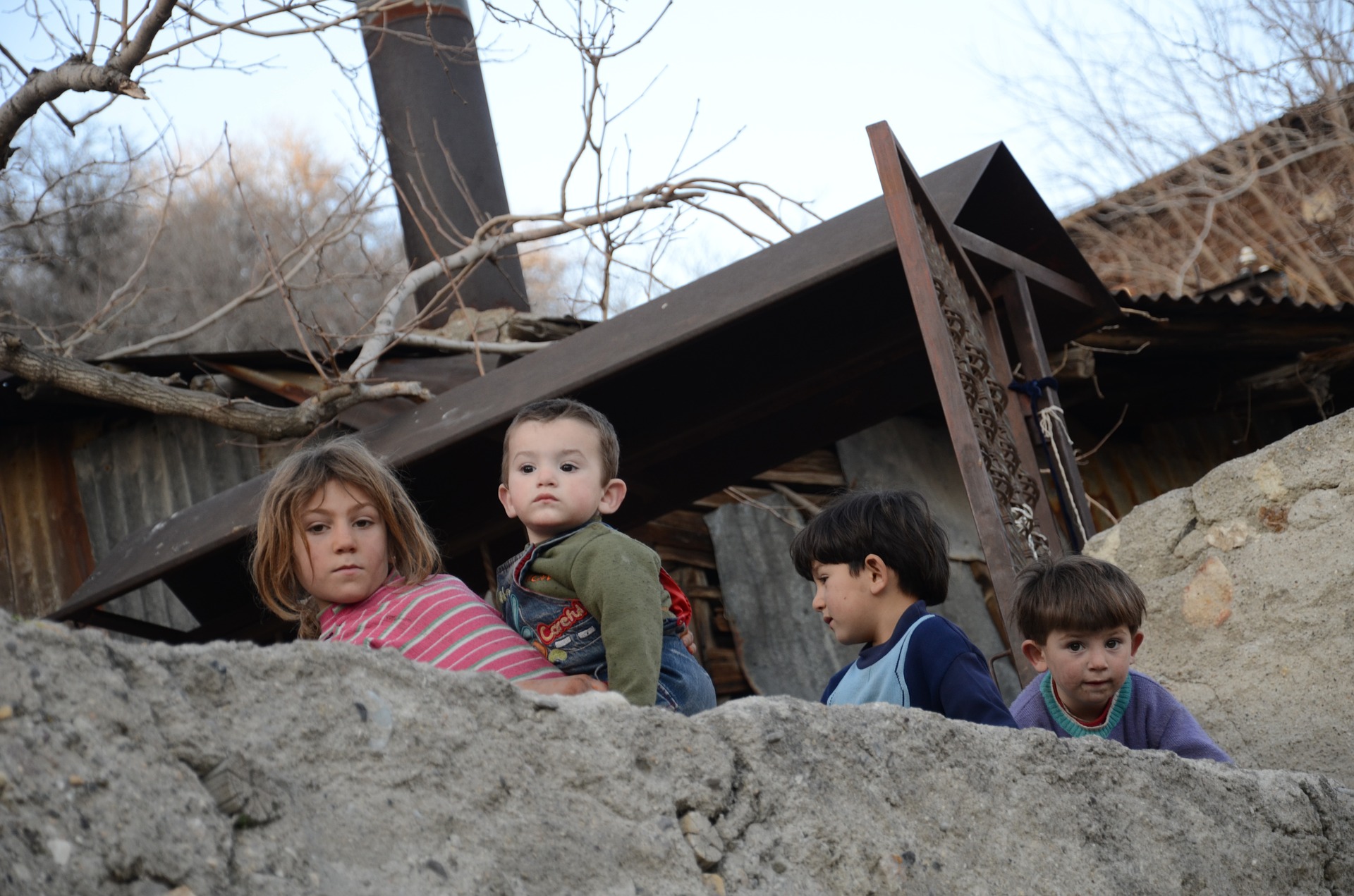 Poverty is a very sensitive and challenging issue in many countries. In the post-war Balkans context, poverty is also a major problem for security and relations between communities. In this note, I briefly discuss the concept of poverty and overview poverty conditions in the region, underlining their complexity, some implications, and the role of international aid in the fight against poverty.

Poverty is a rather complex phenomenon combining several dimensions. One of the best approaches to define poverty is perhaps just to ask ordinary people how they would define it and list what features they perceive as most important. Thus, according to a World Bank study, based on people’s perception, and other sources, the following factors matter to characterize poverty: basic needs satisfaction, health, disability, access to assets property, employment, gender, age, education, geography, ethnicity, discrimination, religion, season (for farmers and construction workers), access to public infrastructures and services, power and voice, dependency and exploitation, the environment, etc. Indeed, the list can be very long.

A line is often drawn between absolute poverty, which occurs when the so-called ‘basics’ are missing (especially food, in which case poor people may suffer from hunger), and relative poverty, when comparing people. This distinction matters when proposing measures for poverty reduction and comparing countries.

About 25% of the population of Albania live with less than US$ 2 per day. On a daily basis, the poorest people (representing 5% of the total population) struggle to eat adequately. More than half the population also lives in rural areas, where the poverty rate is 66% higher than in the capital – Tirana. Such a situation is partly explained by the lack of non-farm job opportunities.

According to the World Bank, more than 15% of the population in this country lives under the poverty line. Considering deprivation (namely the lack of access to housing with adequate sanitation, etc.), children with mothers, who have no or only primary education, can be seen as very vulnerable.

Despite being an EU member, Croatia is confronted with acute poverty problems. Thus, the poor represent about one fifth of the population. Croatia has endured a recession that broke only in 2015; during that recession, the number of children in poverty rose by more than 50%.

Poverty is a widespread phenomenon in Kosovo, affecting 30% of the population. In the context of Kosovo, the liberal transition had a very negative impact on safety nets, in particular pensions. As a result, about 50% of the elderly people perceive themselves as poor or even extremely poor.

One third of the population of Macedonia lives in poverty. The corresponding ratios are higher for young people and families with children. High unemployment is one of the key-factors explaining poverty.

Less than 10% of the population of Montenegro lives in poverty. When compared to other Balkan countries, in terms of social welfare, Montenegro occupies an enviable position. However, there are disparities between regions. Thus, because of isolation, lack of infrastructures and public services, surviving in the mountains is a real challenge and can worsen poverty conditions.

One fourth of the population of Serbia is seen as poor. Moreover, poverty is the highest (four times higher than what is observed in Belgrade, the capital city) in the south eastern regions because of recurrent natural disasters, namely floods. The economy of these regions also relies on small farming, and is lacking basic infrastructures and public services.

More than 50,000 young Kosovars might have left their country during the second half of 2014. Whatever the true figure, poor social conditions and lack of jobs stimulate emigration. Balkan people seem to favour Germany as a destination country. Considering the needs of the German economy, there is a positive-sum game between countries in the Balkans and Germany, with benefits for both sides. Unfortunately, the recent waves of refugees and asylum seekers from the Middle-East may negatively impact on the population of the Balkan countries, reducing their chance of finding jobs and obtaining residence permits in the EU.

The relationship between crime and poverty is quite complex. UNODC findings show that Balkan countries were (and could still be) amongst the safest places in Europe, despite high levels of poverty. However, as indicated by UNODC, the real issue is perhaps organized crime, with roots in the region, and involvement in the smuggling of people and drugs between the EU and other regions of the world.

Social frustrations caused by poverty is a major issue in Macedonia – it feeds tensions between communities and creates a volatile environment, with risks of riots and confrontation, in a country that must attract and stimulate more businesses to create strongly needed jobs. What is reported for Macedonia may apply to other countries in the region.

Like other countries in the region, Macedonia benefits from World Bank loans and technical expertise. Poverty reduction is addressed with financing provided to municipalities to improve and develop infrastructures, especially in the poorer and marginalized communities.

The role of UNDP is essential for a better knowledge of social conditions, which includes the collection and processing of data to obtain HDIs – the Human Development Indices – and prepare corresponding national reports. The specific needs of poor households are also taken into account with, for instance, support for better heating, which matters a lot during cold winters, etc.

UNICEF mandate focuses on the conditions of children. In the case of Bosnia & Herzegovina, the activities of UNICEF supported early childhood education, contributed to the reduction of juvenile offence, and helped develop better legislation for the protection of the youth.

Poverty reduction is a key-priority in the South Eastern Europe 2020 Strategy. In particular, the inclusive growth component insists on “developing skills, creating employment, inclusive participation in the labour market and health and wellbeing”. Considering health and wellbeing, vulnerable groups with low incomes should have a better access to universal and high-quality health promoting services.

According to IMF experts, Balkan countries are confronted with difficult economic conditions, characterized by an uneven path of transition and persistent traumatic feelings about the changes. There is even nostalgia for the past that is more pronounced in the region than in other former communist regions. Scholars do not hesitate to make a link between transition and the rise of poverty. Moreover, actual tendencies do not show much improvement – immediate prospects remain very bleak despite foreign aid and technical assistance.

Conclusions: The quest for better policies

Most Balkan countries are lacking resources to address all the needs of poor people. In such a context, international assistance can be seen as very relevant, focusing on fields that do matter for poverty reduction and containment. However, considering the scope and the persistence of poverty, there seems to be a need for reassessing transition policies and strategies in the region. EU funded inclusive growth should perhaps insist more on the participation of all social groups, especially at local and municipal levels, to develop a better sense of belonging and improve the sharing of public goods and services. The creation of jobs must also be a top priority to provide more incomes to poor families. Furthermore, the rise of inequalities in the region should attract more attention, which implies that poverty reduction cannot rely on growth only – it should include measures aiming at a fairer redistribution of incomes and wealth, without discouraging savings and investments.

Daniel Linotte holds a PhD in economics from Oxford University. He worked as adviser with international organizations and governments, and held teaching positions at Boston University, the Catholic University Leuven and the European Institute of Public Administration (Maastricht). Since 2008, he is a Senior Member of St. Antony’s College (Oxford). He is the author of “The Eurasian Economic Union – Implications for Governance, Democracy and Human Rights”, The Central Asia Caucasus Analyst, publication of the Central Asia-Caucasus Institute & Silk Road Studies Program, a Joint Transatlantic Research and Policy Center affiliated with Johns Hopkins University’s Nitze School of Advanced International Studies, Washington DC., and the Institute for Security and Development Policy, Stockholm.

This article has originally been published on the BiEPAG Blog and has been republished with permission. The original article can be found at http://www.biepag.eu/2017/01/17/poverty-in-the-balkans/