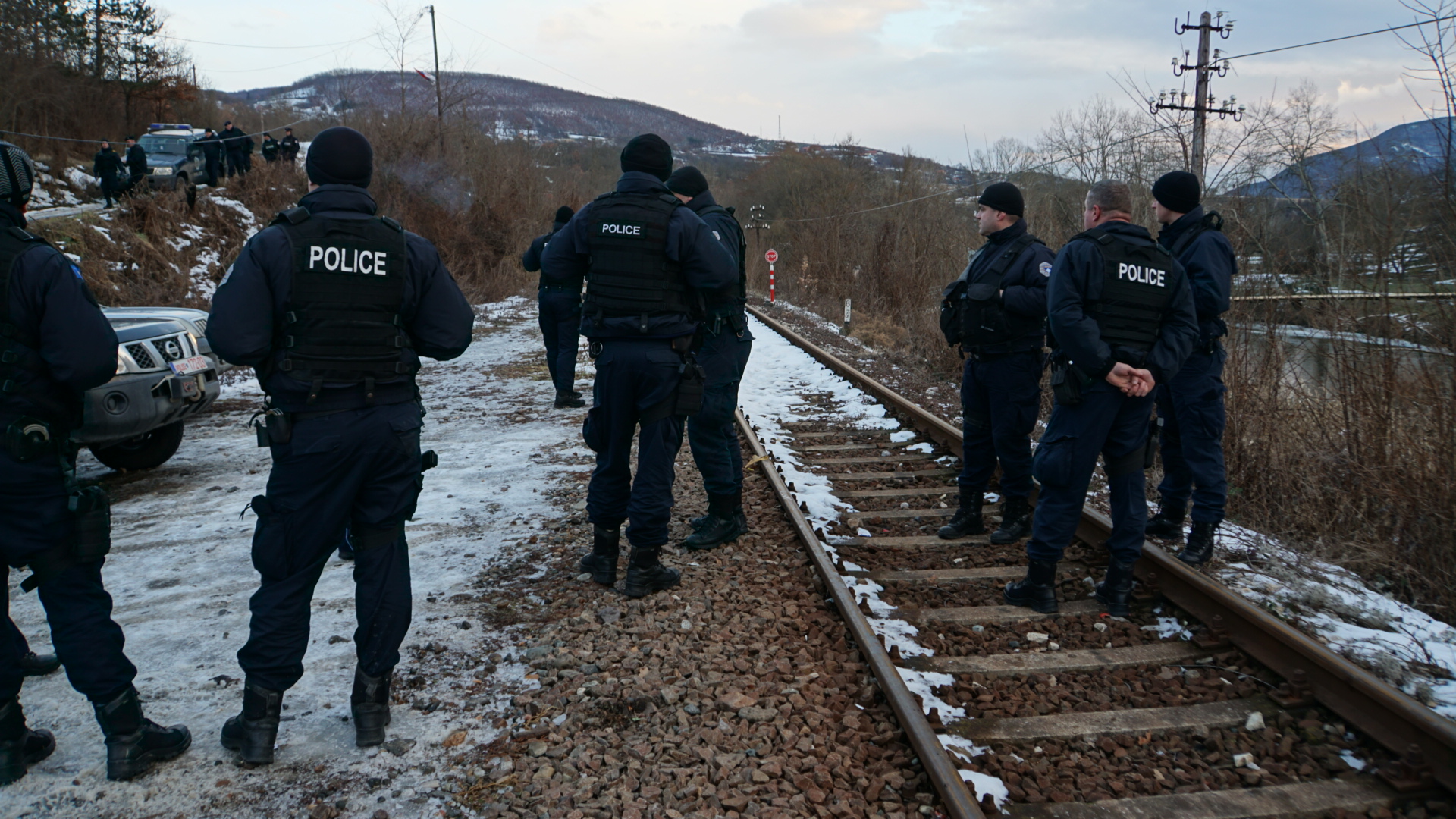 Issue of the train sent from Belgrade to Northern Mitrovica galvanized local public and the politicians not only from Serbia or Kosovo, but from the European Union as well. This event triggered a new round of EU-facilitated Dialogue, which was held on 24 January in Brussels. The train in question was painted in the colours of the Serbian flag and its exterior had “Kosovo is Serbia” written in two dozen different languages, including Albanian. The train was (in Serbian, as well as in Kosovo and Albanian media) characterized as “Russian made”, and widely reported as a provocation. Train was stopped before it entered Kosovo and was returned to Belgrade.

Kosovo President Hashim Thaci condemned the train ride and asked for the EU’s help in stopping the train. “Kosovo respects the freedom of movement of people and goods. But the entrance of a train wrapped in nationalist posters from Serbia, which violate and are in direct defiance of the Constitution and laws of Kosovo, is totally unacceptable” Thaci said in a statement issued by his office.

Edita Tahiri, Kosovo Minister for dialogue (with Belgrade) has asked the EU to stop, as she named it, “the illegal Serbian train”. Regarding that request, EEAS Spokesperson Maja Kocijančič made a statement to the Pristina broadcaster “Klan Kosova” that, “it’s not their (EU’s) job” to stop the train and that all the problems that Kosovo and Serbia have to be solved through a common dialogue.

The main security issue has arisen when the forces of Kosovo Police were dispatched to the administrative line. These were, Serbian media reported, Regional Operational Support Unit (also known as ROSU), with firearms and in riot gear. These units are in Serbia synonymous with Kosovo military force. The train was, as a result of this held in Raška until its return to Belgrade. Vučić has stated that Pristina tried to provoke clashes and that intervening special police forces were specifically selected for their Albanian ethnic composition. He has also stated that said that part of the agreement made in Brussels was that ROSU cannot go to the North Kosovo without the permission of the local Serbian population and NATO. Later, when reminded that no such written agreement exists, Vučić said that it was in the “spirit of the accord”.

Kosovo police was slowly integrated with the Serbian Protection Force of the North Kosovo around two years ago. One of the main conditions of this merger was that the police units reflect the ethnic composition of the territories they are assigned. At the Local level there are eight Regional Directorates of Police. The only one that is from the Serb majority North is Regional Directorate of Police in Mitrovica North, which also has its own ROSU unit. It is, as the other seven Directorates, subordinated to the General Director of Kosovo Police. If he has dispatched any of the other units as reinforcements, it will certainly come from the Albanian majority territory, and thus will have Albanian police officers.

At the press conference, Serbian Prime Minister Aleksandar Vučić accused the Kosovo government of planning to blow up the railway line and of sending special police forces to stop the train “at any cost”. Kosovo police rejected these accusations.

The United States have supported the action of the Kosovo institutions to prevent the arrival of the train from Belgrade to North Mitrovica, wrote Pristina daily Koha Ditore. “The United States has recognized Kosovo as an independent and sovereign state in 2008 and we respect Kosovo’s right to decide who and what crosses its border,” Michelle Schohn told the daily, adding that she was “glad there were no conflicts at the border” on that day. KFOR’s spokesperson Max Andre Barbacini, similar to the EU, said that problems should be resolved with dialogue.

Earlier that evening, a session of the National Security Council was held, after which Serbian President Tomislav Nikolić said that “(…) we were on the verge of conflict, the Albanians want war”. These comments were widely criticized by the Serbian opposition parties.

High Representative of the European Union for Foreign Affairs and Security Policy Federica Mogherini told at the press conference that she was “very worried” because the situation with the train to North Mitrovica could escalate. She announced that new negotiations will be held shortly and that she has contacted both sides.

In the following days, both parties decompressed, and their statements were significantly more level-headed, their tone conciliatory. Kosovo Prime Minister called Belgrade back to the negotiating table, in the name of dialogue “which has no alternative”.

Serbian PM Vučić announced that Serbia will continue the dialogue with Pristina in Brussels and that the President Tomislav Nikolić will also attend the negotiations. A government spokesman in Pristina later said that the continuation of the Brussels dialogue, which was scheduled for 24 January will be attended by Kosovo President Hashim Thaci and his PM Isa Mustafa.

The dialogue round has been held on 24 January and attended by both Prime Ministers and Presidents of Kosovo and Serbia, and future dialogue rounds have been agreed in order to resolve open issues.