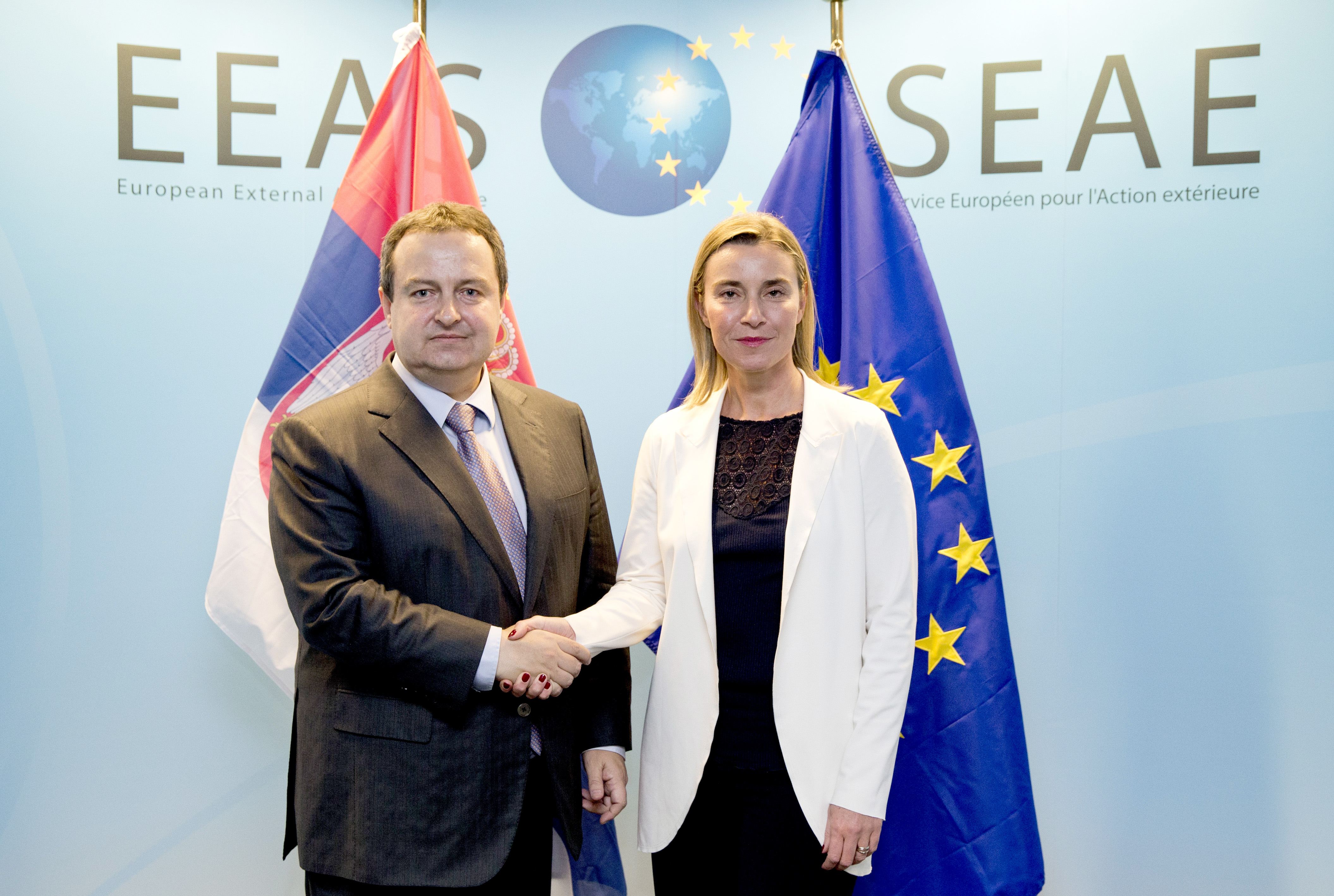 In 2016 Serbian harmonization with the EU’s foreign policy declarations was only 59 percent, six percent lower than in 2015. That is a drastic decline of harmonization levels when compared to 2012, when level of compliance was at 99 percent. Last year, Montenegro, Albania, Macedonia and Bosnia and Herzegovina all had higher levels of harmonization than Serbia.

Serbia has supported 24 of the 41 EU foreign policy declarations last year, or, illustrated in percentages, has harmonized with only 59 percent of the EU’s foreign policy declarations. If this data is compared to 2015, when the levels of harmonization have amounted to 65 percent, it is clear that Serbia has regressed rather than progressed with the alignment of its foreign policy activity with EU policy approach. This continued the trend of the drastic fall in Serbia’s process of harmonization with EU declarations, which began in 2014 with the outbreak of the crisis in Ukraine (harmonization levels in 2014 were slightly higher than 50 percent).

Remarks of the European Commission in the 2016 Progress Report on Serbia for Chapter 31, which relates to the common foreign, security and defense policy, have remained more or less the same. In accordance with practice from previous years, Serbia has continued to support the territorial integrity and sovereignty of Ukraine, including Crimea. “Serbia has not acted in accordance with the decision of the European Council, including the EU restrictive measures in relation to Russia and issues of interest to Russia, as well as in the cases of the Council’s decisions related to China, Bosnia and Herzegovina, Moldova and Zimbabwe,” stated the Progress Report. The European Commission has warned Serbia that economic agreements with China should be in the framework of the European standards, and did not fail to note that the high-level contacts with Russia have continued through regular bilateral visits, and that ruling Serbian Progressive Party has close ties with the party of Russian president, Vladimir Putin. The European Commission has acknowledged “some progress” in Chapter 31 for Serbia, which is primarily related to the continuation of Serbia’s participation in EU’s civilian and military missions.

When it comes to specific declarations that are announced by the High Representative of the European Union for Foreign Affairs and Security Policy on behalf of the EU, Serbia has harmonized with 14 out of the 22 declarations by the end of September 2016, according to an analysis by the International and Security Affairs Centre (ISAC Fund). Serbia has not complied with any of the six declarations that are directly or indirectly related to Russia. Of these, four declarations were extending the existing restrictive measures, deepening of restrictive measures for four individuals and the abolition of restrictive measures for 170 individuals and three entities. Other declarations were related to the marking of the second anniversary of the downing of the Malaysian civilian aircraft MH17 in the Donetsk region, as well as the escalation of violence in Syria, particularly in Aleppo, where the Russian forces were engaged. Serbia has not harmonized with foreign policy declaration which referred to China and China’s ambitions in the South China Sea. Harmonization is also absent when it comes to the declaration referring to presidential elections in the Republic of Congo, which is said to be probably related to the fact that the Republic of Congo voted against Kosovo’s admission to the UNESCO.

It is surprising, however, that Serbia did not support the declaration from August, which referred to the current situation in Syria and Aleppo. With this declaration the EU has strongly condemned the escalation of violence in Aleppo, continuous bombing and the state of siege, which resulted in danger to the lives of hundreds of thousands of Syrians. With this declaration, in addition to Serbia, only Armenia and Georgia, countries that do not have a perspective of EU membership did not harmonize with the EU. However, Serbia has supported the resolution concerning the harmonization of certain countries with restrictive measures against Syria in February.

When compared with the countries of the Western Balkans – Montenegro, Macedonia and Albania, which are also candidate countries, and Bosnia and Herzegovina, which is a potential candidate, Serbia had the lowest harmonization levels with the EU’s foreign policy declarations last year. In the period from January to September 2016, Montenegro had one hundred percent compliance with the declarations of the High Representative, made on the behalf of the EU. Albania has complied with 91, BiH with 77 and Macedonia with 73 percent. Macedonia and Bosnia and Herzegovina followed the same pattern of non-compliance with the issue of the crisis in Ukraine and the events in the South China Sea, while Montenegro and Albania fully harmonized.

ISAC Fund’s analysis shows that the decline in Serbia’s level of harmonization with the EU foreign policy declarations is particularly drastic if one bears in mind that the 2012 compliance was 99 percent. This, however, should not be surprising, as the international situation in 2012 was stable. The EU did not adopt a large number of declarations, positions and measures and the EU ‘s foreign policy were not directed at countries that the political elite in Serbia perceives as significant partners, which are primarily Russia, China and some of the of the Non-Aligned Movement members.