The latest EU country report states that Kosovo has “some level of preparation” in the area of public administration reform with “non-merit-based recruitment (which) continues to adversely affect effectiveness, efficiency and professional independence of public administration”.   At the same, the European Reform Agenda, a document developed to maximize economic and political benefits of SAA, recognized the need to ensure “transparent, merit-based and non-political selection processes in line with the law for all independent institutions, agencies and regulatory bodies” as a medium-term priority.

The administrative capacities of candidate countries – the public administration reform – are one of the crucial areas in EU integration process for all Western Balkan countries. The European Commission puts a great emphasis on various aspects of public administration in each country and their capacities to fulfill obligations that derive from the EU membership, focusing particularly on the recruitment in civil service, as the most essential phase of selecting and building up a professional administration through open and competitive process. Thus it is no surprise that the EU insists on establishing professional and merit-based system of civil service in Kosovo capable to meet its obligations under the SAA and implement the necessary reforms.

However, Kosovo faces serious pitfalls in attempt to establish a modern public administration (PA) based on EU norms and requirements. In 2012 compared to other Western Balkan states, Kosovo’s recruitment system was the least capable of bringing about merit-based recruitment outcomes. Bearing in mind that already in 2001 the first Law on Civil Service in Kosovo detailed down a set of core principles such as equity, accountability, transparency and merit, one must ask why, despite visions of international state-builders, sixteen years later Kosovo still has a rather politicised civil service. In other words why the country that was subject to one of the most ambitious institution-building efforts by various structures of international community is described as a captured state.

Answering this question requires examining both the character of international involvement in Kosovo and the role of its local elite. The interplay between international and local actors had an outmost importance for the civil service reform in Kosovo, where international state-building processes were intertwined with deep social and political rifts among various ethnic communities but also emerging sections of the political spectrum. The original vision of the international state-builders frequently competed with local practices and domestic actors’ interests in controlling state spoils affecting how the new set of rules worked in the new environment where they were transplanted.

Since the end of NATO intervention in 1999, Kosovo has been sight of massive intervention from different actors who took over to fill in the institutional “empty shell” that Kosovo inherited from the war but also a decade of conflict and lack of formal governance. While the task of ruling an entity was itself very challenging, the state building efforts were further complicated by the number and complexity of international actors present in Kosovo. The UN presence (UNMIK) was split into a multitude of agencies along with other international NGOs and foreign governments. As a result overlapping authorities accompanied by a lack of central coordination created many authority gaps along with ambiguous policy frameworks. Hence, efforts to build an efficient and depoliticised public administration, as the cornerstone of the future self-government, was hampered by the existence of many actors with different interests and sometimes even different views on the future of public administration. One of the consequences of the lack of coordination was a mix of different legal traditions and related fragmented and inconsistent legal framework that allowed for political discretion.

At the same time, the incorporation of leaders and personnel of local power-holders in the provisional structure after 2000, even though based on electoral process and popular support that they enjoyed, effectively incorporated a number of informal structures and patron-client networks. Several loopholes provided the means to appoint political cronies across the administration.  For example, the Civil Service Law introduced a position-based system of civil servants based on three-year contracts with the possibility of extension without stipulating provisions for renewal which ultimately led to very arbitrary decisions. The civil service slowly but steadily became an area of political interference and control.

The declaration of independence brought a new dynamic in these local-external relations. First and foremost, it strengthened both the authority delegated to local authorities and their determination in taking charge of the sovereign state, even though many initiatives were again determined by the international community deeply involved in safeguarding some of the principles of the new polity.

The Ahtisaari’s plan, a blueprint for independence, had laid out a detailed plan for adoption of about forty-one laws which were focused on transferring responsibilities from international to local bodies and creation of new structures to enable governance.  The load of new laws, however, was to be a big burden for the new authorities.

As a consequence, four years after the declaration of independence, Kosovo was the only Western Balkan country that did not have a fully functioning civil service law and thus resorted to apply the previous UNMIK legislation.

Further, political actors’ involvement in determining the new rules and revising related legislation, enabled further space for political discretion at various levels of recruitment.  With no ideology, political parties in Kosovo are described predominantly as a tool of the elite for abusing the system by benefiting financially from holding the power. Similarly, the civil service legislation has become an instrument for ruling parties to scrutinize and effectively control career positions with institutions too weak to prevent that. The appointment of senior management staff effectively has become a tool for exercising political influence throughout the service. At the same time, the Independent Oversight Board, as an independent mechanism, does not have instruments to ensure the implementation of its decisions, whereas the recruitment of personnel across independent agencies – currently more than 100 – is also vulnerable to politicization given the challenge of incoherent legislation.

Thus, the state capture by the ruling elite already noticed by international structures in 2008, only continued  and intensified in the years after the declaration of independence.

The revelation of Pronto and Pronto 2 affairs – leaked phone recordings between PDK’s (Democratic Party of Kosovo) highest officials collected by EULEX – in 2014 and 2016 respectively provided telling information on how PDK officials cooked most political appointments to key positions of the state hierarchy. It led to a series of small protests of citizens only encouraging the Government to promise that the British Embassy will finance an independent company to regulate recruitment for senior staff. However, this ad hoc and in the long term unsustainable solution again provided from the outside, can only delay the widespread and structural problems of Kosovo public administration system. Political patronage hampers the normal functioning of the institutions and negatively affects capacities of administration increasing the citizens’ mistrust and undermining democracy.

The article is part of the wider research supported by the Kosovo Foundation for Open Society as part of the project “Building knowledge of new statehood in Southeast Europe: Understanding Kosovo’s domestic and international policy considerations”, whose findings will be published soon. 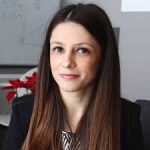