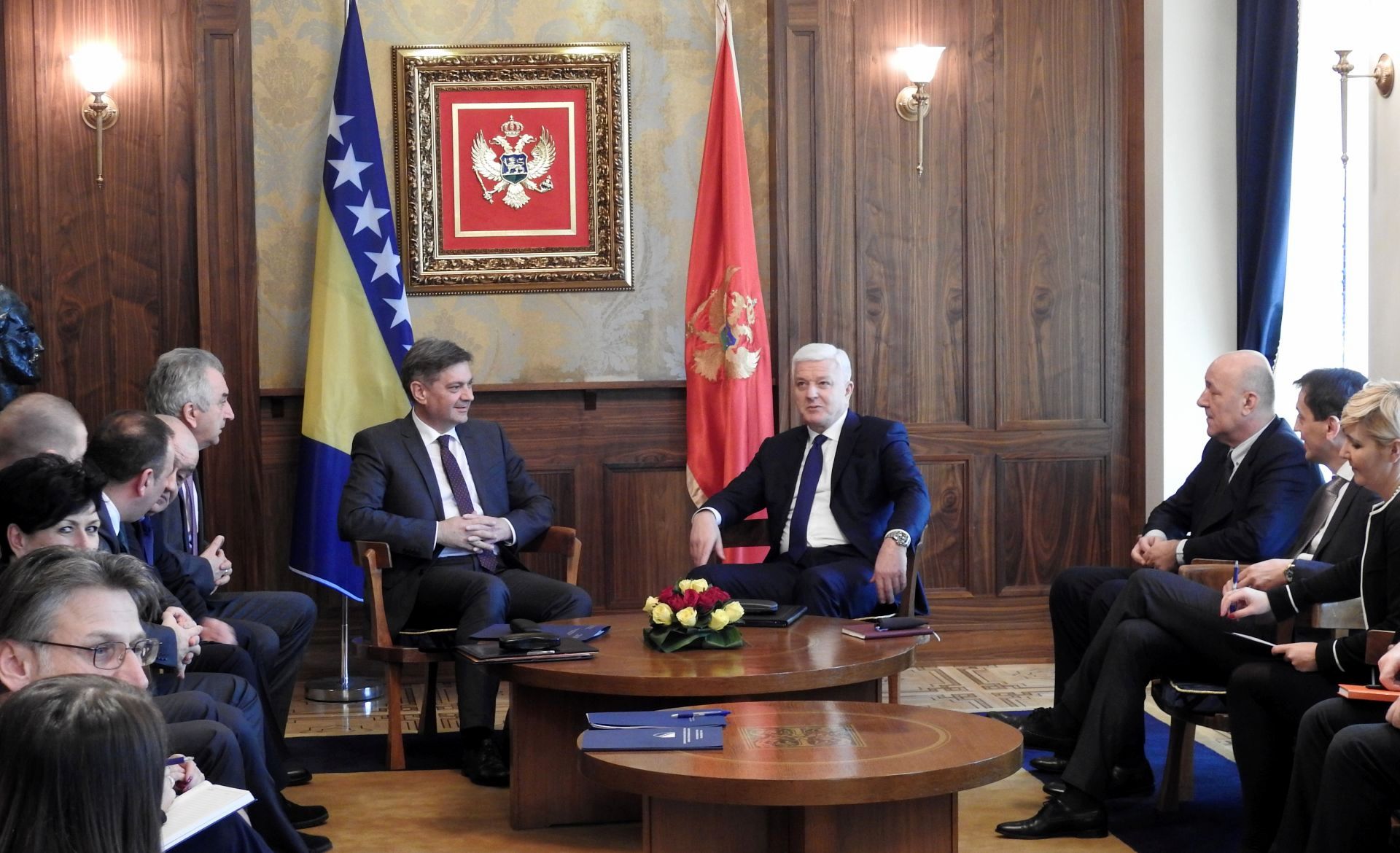 PODGORICA – The delegations of Bosnia and Herzegovina and Montenegro, led by Chairman of the Council of Ministers of BIH Dr Denis Zvizdić and Prime Minister of Montenegro Dušan Marković, respectively, talked in Podgorica on the promotion of bilateral cooperation, reads the press release published on the Council of Ministers of Bosnia and Herzegovina website.

During his meeting, Chairman Zvizdić said that the joint infrastructure projects link the region in all segments. He stressed that both countries have identical political aims, and these are related to the European integrations. He added that such visits have their economic dimension, and invited entrepreneurs of Montenegro to take pat at both the Mostar fair and Sarajevo Business Forum, reads the press release.

Prime Minister of Montenegro Duško Marković said that it is the interest of Montenegro to step-up the integration processes in the region. He said that Montenegro is ready to offer all support to Bosnia and Herzegovina on its European way, expressing his expectations that our country will get the candidate status by the end of the next year.

A joint interest was noted for extension of trade and economic cooperation. They underlined a need for joint infrastructure projects to improve the exchange of goods ad people.

Minister of Foreign Affairs of BIH Igor Crnadak and Minister of European Affairs of Montenegro Andrija Pejović signed an Agreement on Cooperation between the Council of Ministers of Bosnia and Herzegovina and Government of Montenegro in the European Union Accession Process, ends the statement.

Ivanov: Essence of Tirana platform is to change constitutional order