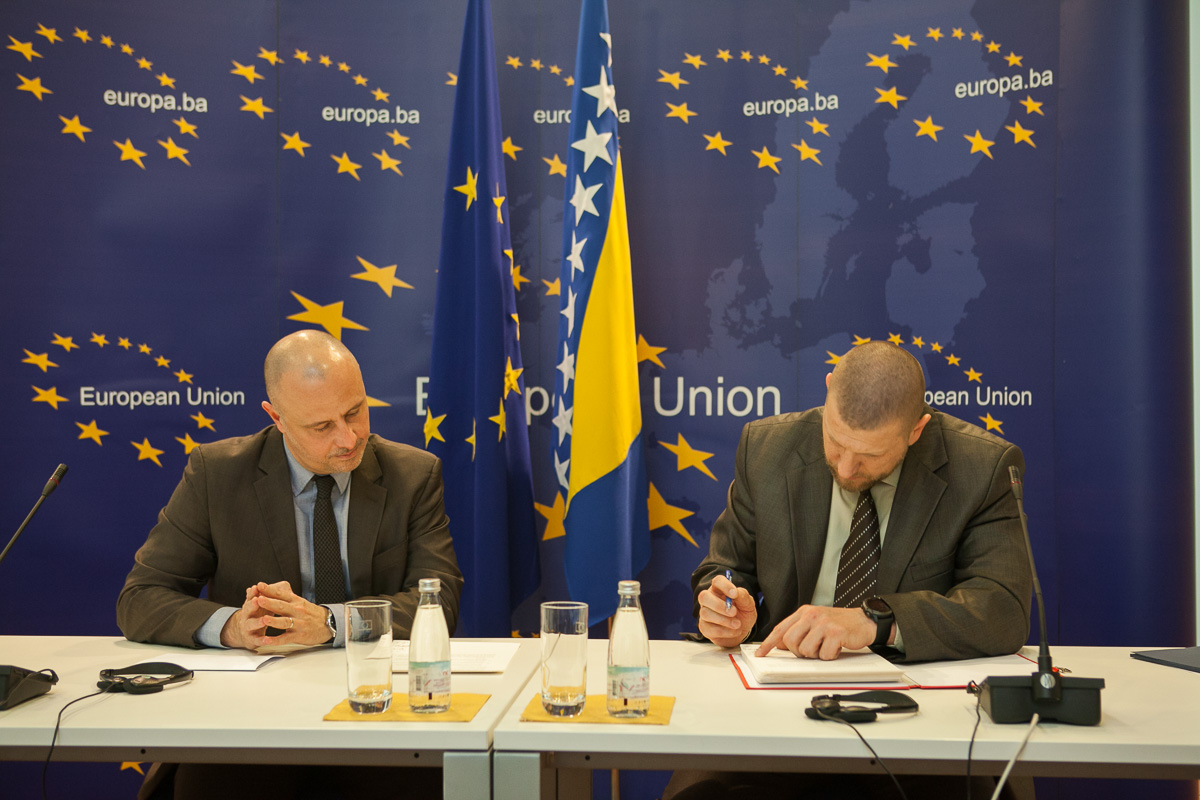 SARAJEVO – With today’s initialling of the Transport Community Treaty in Sarajevo, Bosnia and Herzegovina joins Albania and Montenegro in the commitment to establish a regional Transport Community, reads the press statement published on the EU Delegation and EU Special Representative’s website.

“Today’s event represents the end of a long process which began in 2008. It is also, and above all, the beginning of new era of cooperation between the EU and the Western Balkans. There is a strong hope that, after Albania, Montenegro and Bosnia and Herzegovina others will follow in the coming days or weeks,” Deputy Head of the EU Delegation Khaldoun Sinno stated on this occasion.

The objective of the treaty is to establish an integrated market for infrastructure and land, inland waterways and maritime transport and to align relevant legislation with the acquis in the Western Balkan region.

The treaty aims to generate favourable conditions to make the Western Balkan transport sector more efficient with a net positive impact on growth and job creation. The Treaty will also be instrumental for the implementation of the WB6 Connectivity Agenda reforms.

Vučić, Zvizdić: Issues must be solved through dialogue