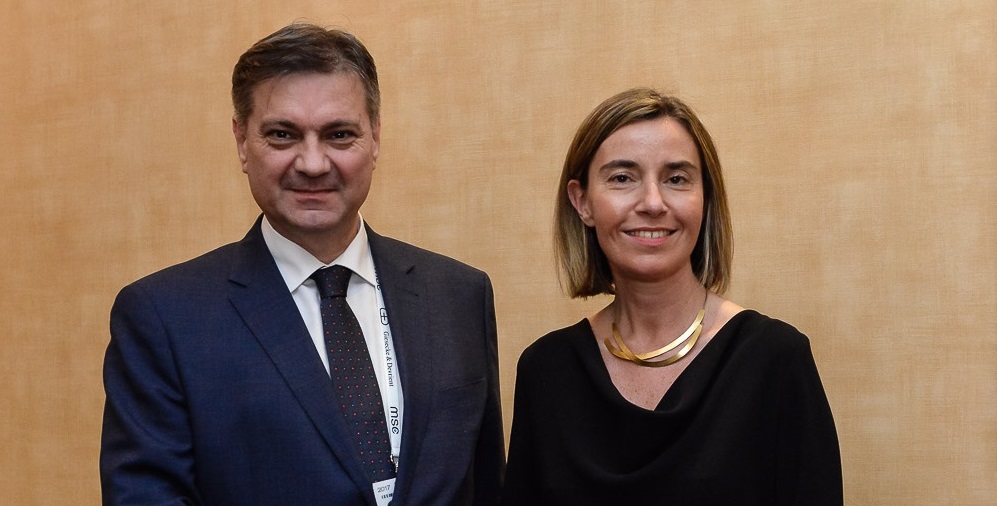 Federica Mogherini, European Commission High Representative of the Union for Foreign Affairs and Security Policy on the right meets, Denis Zvizdic Chairman of the Council of Ministers of Bosnia and Herzegovina during the Munich Security Conference 2017 in Munich, on February 17th, 2017.

SARAJEVO – Chairman of the Council of Ministers of BIH Denis Zvizdić, at the margins of the Munich Security Conference, met on separate meetings with High Representative of the European Union for Foreign and Security Policy Federica Mogherini and Commissioner of the European Commission for Enlargement and Neighbourhood Policy Johannes Hahn.

Zvizdić briefed Mogherini of the current political and economic developments in BiH. He said that the Council of Ministers of BiH works intensively on implementation of aims and requirements from the Reform Agenda, in addition to fulfilling, under planned dynamics, the EC Questionnaire, which BiH received in December 201.

High Representative Mongherini stressed her support to the continuation of reforms in BiH, saying that the doors of the European Union are open for Bosnia and Herzegovina. She commended a notable progress in both the EU integrations and economic development. She said that the future period should be marked by the fulfilment of Reform Agenda requirements and finalisation of answers to the European Commission Questionnaire, which are the preconditions for further development and prosperity o BiH. Mogheini commended visible the promotion of regional cooperation and the activities the Council of Ministers of BiH has been taking as of lately in that direction.

Chairman Zvizdić emphasised that Bosnia and Herzegovina is opted for the EU integrations and that the membership in the European Union is the highest priority and strategic aim. He said he hopes for BiH to get the candidate status by the end of this year. 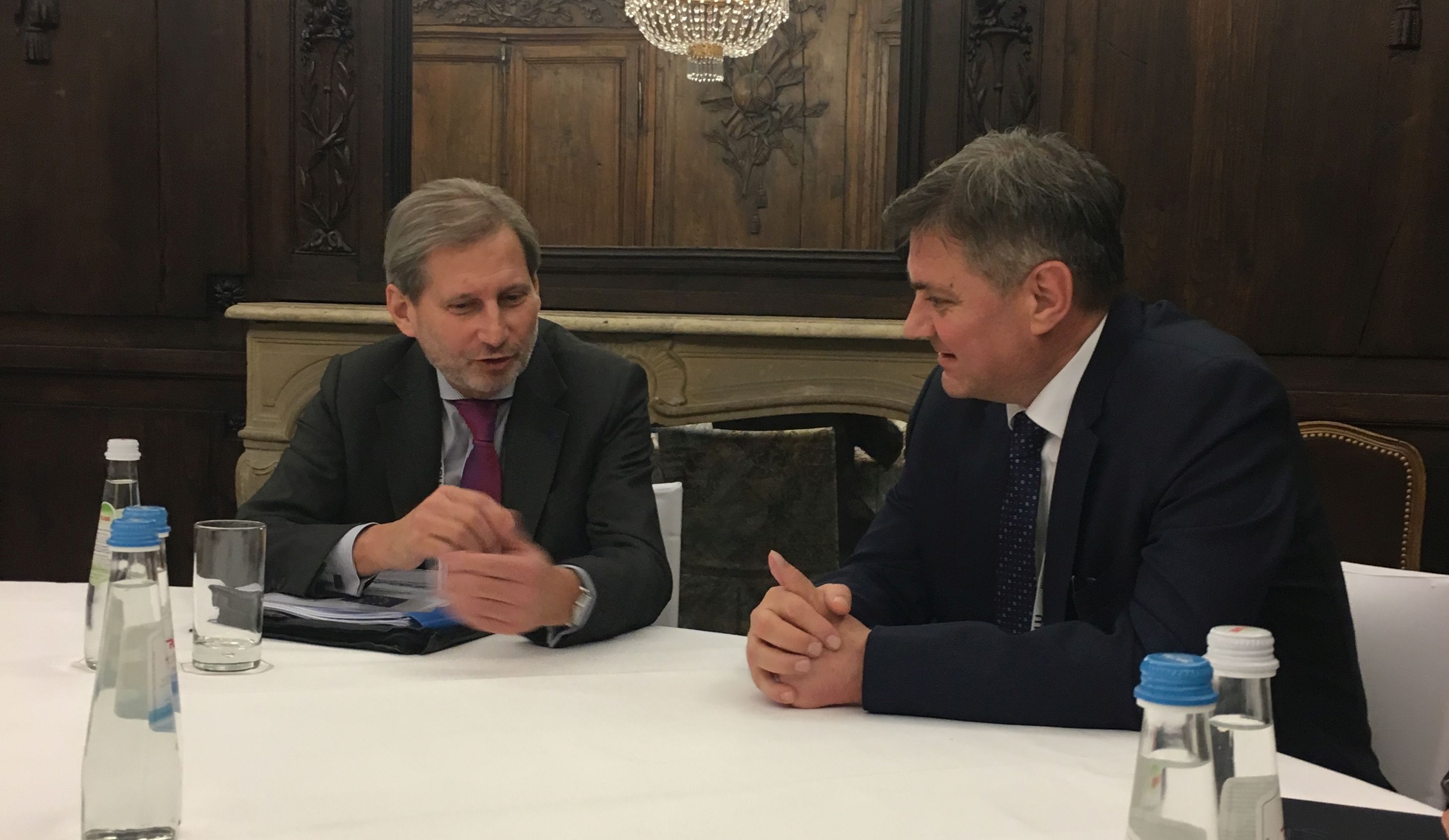 Chairman Zvizdić also noted a breakthrough of BiH towards NATO, adding that the MAP activation would be a key message for BiH concerning stability and regional security of the Western Balkans.

He expects High Representative of the European Union Federica Mogherini to pay a visit to Bosnia and Herzegovina in early March, which would be a chance for her to learn of the progress made to-date and planned activities on the European Integrations road.

Chairman Zvizdić also informet Commissioner Hahn about the political and ecnomic developments in BiH. At the seperate meeting, Commissioner Hahn commended efforts the Council of Ministers of BiH and its Chairman’s constructive work and continuous strengthening of regional cooperation.

They agreed that Bosnia and Herzegovina has made a sizable move towards the reforms, necessary for solving economic and social challenges, which is the key for progressing on the European road, and that additional efforts need to be taken in order to overcome all obstacles on it. 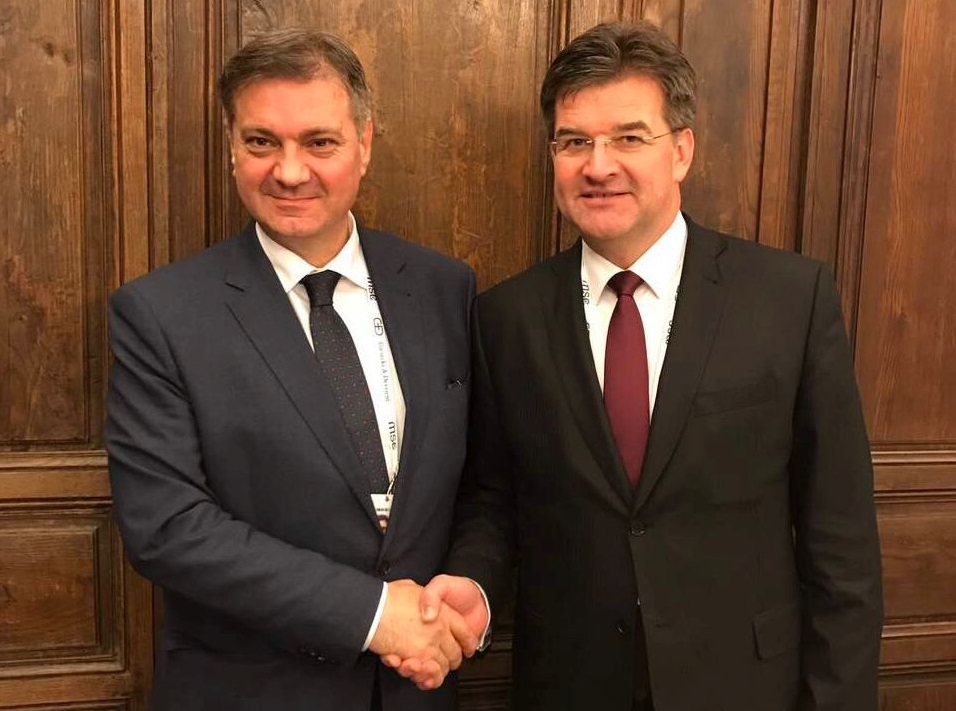 Chairman Zvizdić with Foreign Ministers of Slovakia and Norway

Minister Lajčak said that Bosnia and Herzegovina should continue on its way of the European integrations, and that way has no alternative.

Minister Brende said the Kingdom of Norway supports Bosnia and Herzegovina on its way of the European and NATO integrations, hoping that BiH will continue to improve economic growth and rule of law on its Euro-Atlantic road.

Chairman Zvizdić thanked for the support and assistance of the Kingdom of Norway and Slovak Republic extend to Bosnia and Herzegovina by way of numerous projects, ad assessed that there is a lot of space for mutual promotion f economic and trade cooperation.

Albania in Berlin Process: From Berlin to Trieste

RCC Board met in Sarajevo today