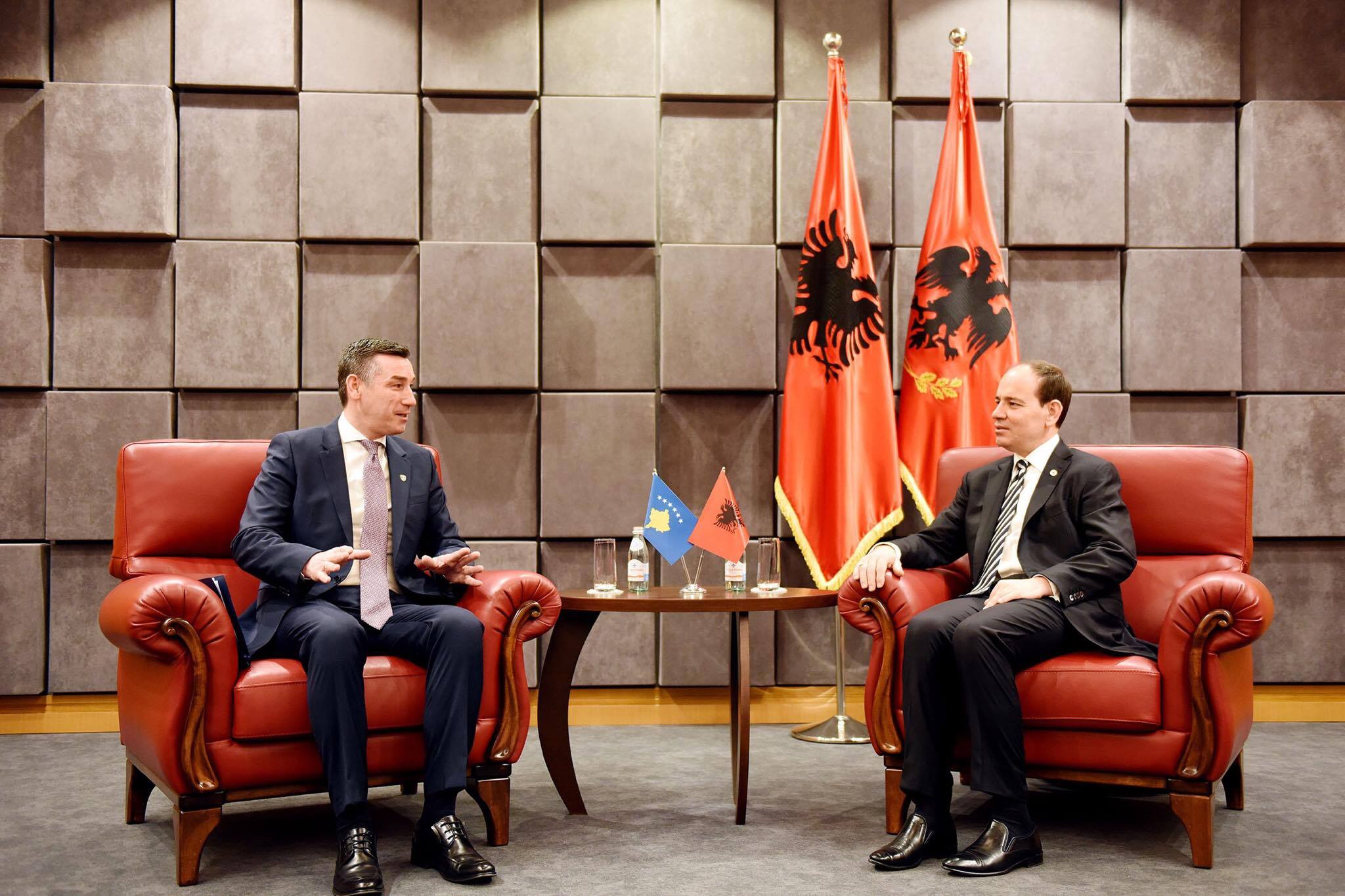 President Nishani pointed out that fraternal relations between the two states need to be expanded in all areas of cooperation as very crucial for the future of Albanian nation, stability and progress of the region.

Nishani hailed the efforts of Kosovo and its citizens to build an independent and functioning country as well as the contribution in the interests of peace, security and development of the region.

He added that Kosovo has also its obligations and responsibilities in international arena, such as demarcation of borders with neighbors and supporting neighbors in their Euro-Atlantic integration processes.

Nishani assured Veseli that Albanian institutions will continue to provide unsparing support for membership of Kosovo in international organisations any time soon as well as advancement of the European agenda alongside the regional countries.

Veseli thanked Nishani for the warm and brotherly hospitality provided to Kosovo and all Albanians in the region.

Federica Mogherini to travel to the Western Balkans in early March