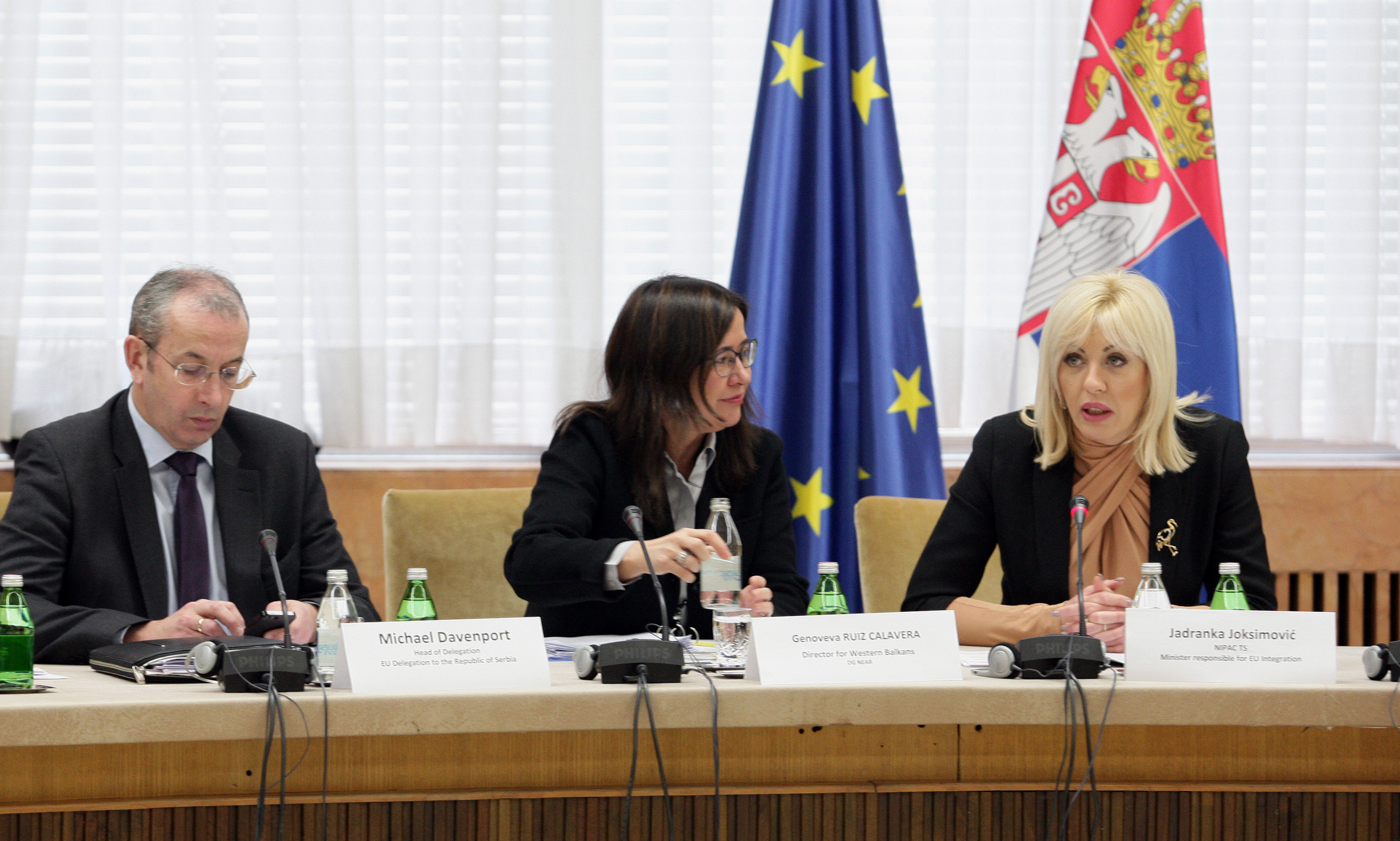 BELGRADE – Officials of the European Commission’s Directorate-General for Neighbourhood and Enlargement Negotiations, the Serbian government and relevant national and international organisations discussed in Belgrade on Tuesday ways of strengthening Serbia’s capacities of using EU grants, and European Integration Minister Jadranka Joksimović said Serbia was a step ahead all other countries with the same negotiation status, Serbian news agency Tanjug reports.
The central topic of the meeting was IPA programming for 2017, Joksimović told Tanjug, noting Serbia was relatively successful at utilising the EU grants, which she said averaged 200 mln euros a year.

We also discussed IPARD programmes, which are funds for farmers, Joksimovic said.

Miščević: Bad moment in relations with Croatia has no impact on EU accession process