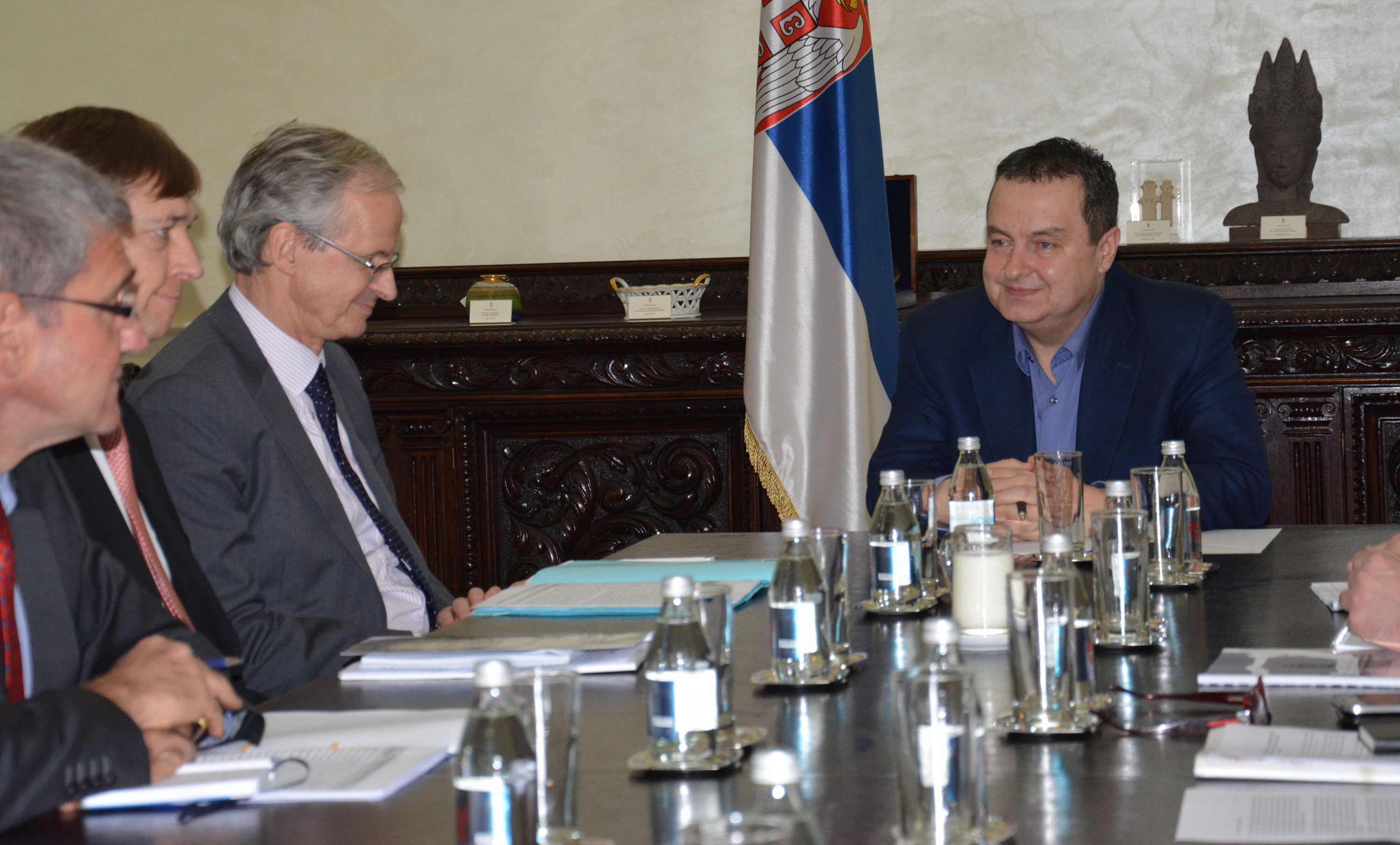 Christian Danielsson and Ivica Dačić; Photo: Ministry of Foreign Affairs of the Republic of Serbia

BELGRADE – Serbia expects the EU accession process to be sped up in the coming period, as the country has demonstrated a big capacity for reform, Serbian Foreign Minister Ivica Dačić underlined in a conversation with the European Commission’s Director General for Enlargement Christian Danielsson, Serbian news agency Tanjug reports.
Dačić also said the approach to measure Serbia’s progress along the EU path primarily by achievements in the Belgrade-Priština dialogue was unsustainable in the long run, as the success of the negotiations depended on the readiness of both sides to act in the interest of stability, the Serbian foreign ministry said in a release on Thursday evening.

The foreign minister added that the approach also diminished the significance of ongoing comprehensive reforms, and attached more importance to political issues.

Dačić and Danielsson confirmed in the conversation on Thursday evening that the future of Serbia lay in the European Union, and that the reform process was going in the right direction, the ministry said.