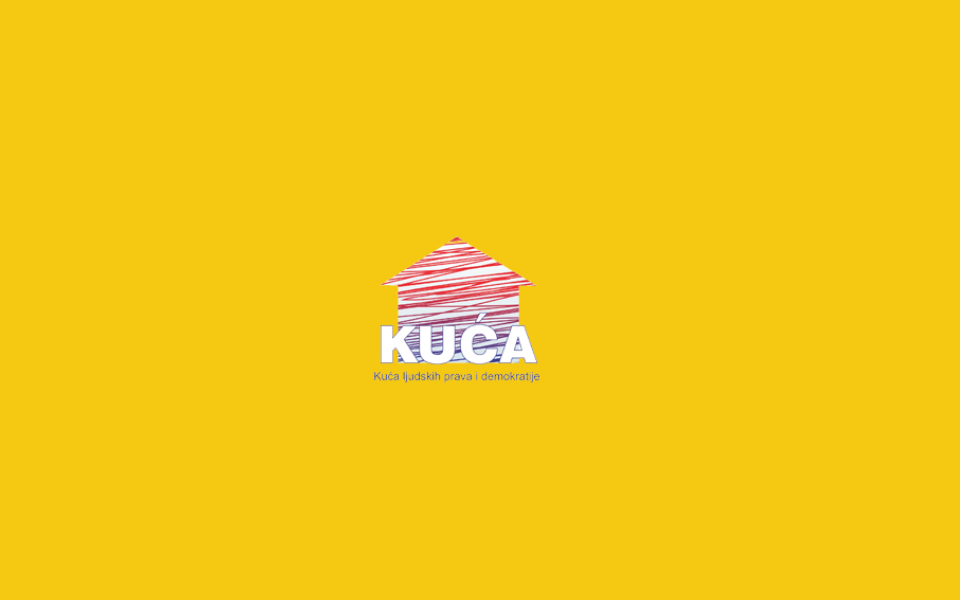 BELGRADE – Human Rights House Belgrade has issued the Joint NGO Report on key elements of the human rights situation in Serbia.Serbia as a member of the Council of Europe and a candidate for membership of the European Union went through legislative changes which, unfortunately, have not been put into practice, Human Rights House Belgrade reports. As it is stated in the Report, in the previous three years in Serbia, there has been a „growing decay of institutions and the rule of law“.

The major issues are annulation of accountability, narrowing space for debate on issues of public importance, organised campaigns against any critical opinion on Government and its policies, circumventing legal parliamentary procedures, strong political influences as well as attacks on independent bodies and institutions.

Although Serbia adopted a new set of media laws which prohibit concentration of media ownership and prescribe the prohibition of the violations of media plurality, a number of local media is being privatised by the same owner. There is also growing trend of the vilification of investigative media and journalists where they are being represented as the ones working for ‘opposition’, or against the Government. The report also indicates that there has been a number of threats and intimidations of investigative or satirical journalists, which have not been fully investigated nor prosecuted.

As one of the forms of intimidation of media, weekly magazine ‘NIN’ lost the lawsuit against Serbian Interior Minister. This lawsuit was filed in the very important case of illegal demolition of a number of houses and industrial constructions in Savamala neighbourhood in Belgrade and the lack of police response in this case.

The disturbing fact is that, according to the data of the Independent Association of Journalists of Serbia (NUNS), in 2016, there have been 69 recorded attacks on journalists, out of which 9 cases amounted to physical attacks. The number of attacks has been increasing since 2013.

There have been several issues with the right to participate in public life.

affairs and assume public functions under the same conditions as other citizens, the realisation of these guarantees is not possible, given that there are is no relevant data.

Integration of the people with disabilities in public life has to be improved.

People deprived of legal capacity are still not eligible to vote and state actors did not take any targeted measure in this regard. Although civil society is proposing and supporting the voting right amendment, since Serbia is in the process of preparing constitutional changes, there are no concrete actions that would signal the State’s intention for intervention in this field.

The main obstacles that the people with disabilities who are not deprived of legal capacity and eligible to vote are facing, is their inability to participate in the elections and public life. During the last elections that were held in 2016, 60 percent of the polling stations were not physically accessible for people with disabilities and no systemic efforts were made to address this problem.

Human Rights House Belgrade is a network of civil society organisations which have come together through mutual cooperation and joint activities to continuously monitor, support and protect human rights and advance the rule of law in Serbia. It is established in November 2011 and the founders of the organisation are Civic Initiatives, Belgrade Centre for Human Rights, Lawyers’ Committee for Human Rights, Helsinki Committee and Policy Centre. Contributor to this report was Centre for Independent Living Serbia with the support of the Human Rights House Foundation.

Fifth meeting of Accession Conference with Serbia: EU to monitor all specific issues

Mogherini: In the fields of Srebrenica was written the darkest page of Europe's recent history.