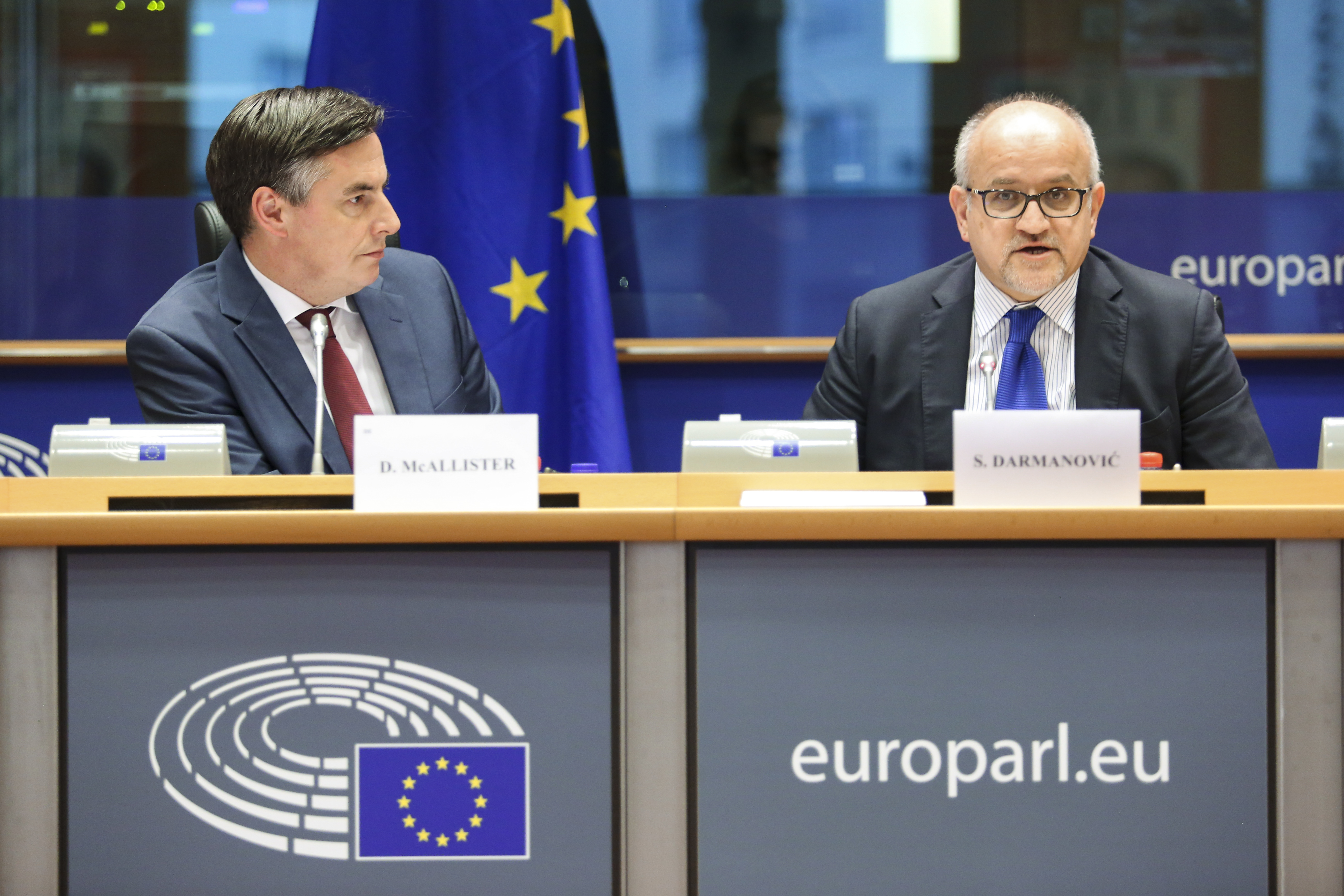 Exchange of views with the Minister of Foreign Affairs of Montenegro; Photo © European Union 2017 - Source: EP

BRUSSELS – The trial of the suspects for attempted coup in Montenegro on 16 October will be open to the public and the investigation leads to the Main Intelligence Agency of the Russian Federation (GRU), said Montenegrin foreign minister Srđan Darmanović during his presentation before the European Parliament’s Foreign Affairs Committee members, who wanted to know whether the investigation would be transparent, CDM reports.

Darmanovic said that chief special prosecutor Milivoje Katnić had to file an indictment by 15 April.

“The chief special prosecutor is 100% confident that he has a solid case. Montenegrin public is awaiting an indictment now. There are elements of the investigation that we are not able to reveal at the moment, but the trial will be open to the public who will be able to follow what is going on,” said Darmanović.

He pointed out that it was “quite a serious case”.

“It was not a video game fiction, or a political game and fabrication, but an attempted coup that could have destabilised Montenegro,” said Darmanović.

“Everything leads to the Main Intelligence Agency of the Russian Federation”.

He added that Russia denied any involvement in the case although two suspects Vladimir Popov and Eduard Shirokov are Russian citizens.

“When we approached Russia through international-legal assistance, they only said that the suspects were Russian citizens and that the passports were genuine. However, through Polish friends, we obtained the information that one suspect’s name was fake,” Darmanović pointed out.

That is the man named Eduard Shishmakov who was working as a military attaché assistant in the Russian embassy in Poland. He was expelled from Poland on suspicion of spying for Moscow. His old passport says that his family name is Shishmakov, whereas the new one, which was issued in August 2016, says that the same man (as it seems based on the photo in the document) is called Shirokov.

“We will see whether everything is connected with the Kremlin, whether intelligence agencies were involved or if they will argue that these men have nothing to do with the state authorities or the government. Unfortunately, all of these activities overlap with the pressure coming from Russian officials who oppose Montenegro’s NATO membership and the way in which we can decide on the matter. I cannot say that these two things are 100% connected, but we have to provide enough time to the chief special prosecutor to present the case to court and to determine who the perpetrator(s) and the organiser(s) of it were… Everything leads to the intelligence community, possible to GRU,” he said.

Darmanović explained that the case was disclosed by the Montenegrin authorities in coordination with their friends and allies.

“We emphasise the role of the Serbian Government and the Serbian prime minister (Aleksandar Vučić) who provided ample evidence because the crime was prepared in the Serbian territory, which was abused on that occasion. We exchanged information with our NATO allies as well. In particular, I refer to the United States and the United Kingdom,” said Darmanović.

Commenting on the opposition which is boycotting the Parliament because they claim general elections on 16 October were not free, Darmanović said that the boycott had not prevented them from “taking power in the municipalities where they won”, referring to the election result in Budva and Kotor.