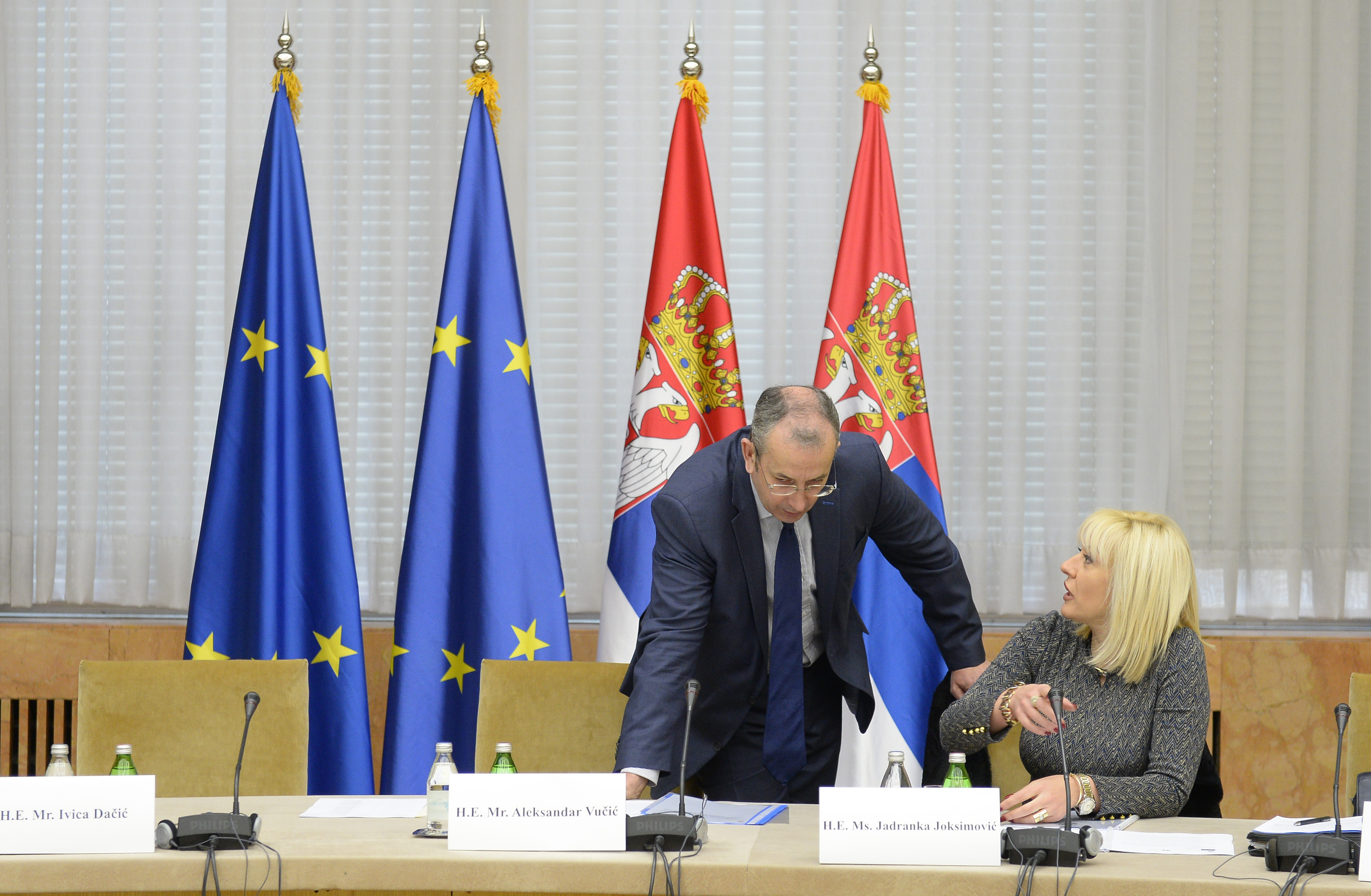 BELGRADE – Serbian Minister for European Integration Jadranka Joksimović on Wednesday received members of the Council of the EU Working Party on Enlargement and Countries Negotiating Accession to the EU (COELA) to discuss Serbia’s European integration process to date and in the future, Tanjug reports.
Serbia has so far opened eight chapters in the EU accession talks, provisionally closing two, Joksimović said, noting Serbia would be ready to open several more this year.

Almost 50 pct of Serbian citizens are pro-European, and European integration is the best mechanism of the country’s internal development, Joksimović said, noting the government’s pro-European objectives were not in doubt, the government press office said in a statement.

Alan Bugeja of Malta commended Serbia’s reforms and contribution to regional stability, noting the country was consistent on the EU path.

Thaçi: Commission for Truth and Reconciliation will be independent, impartial and comprehensive