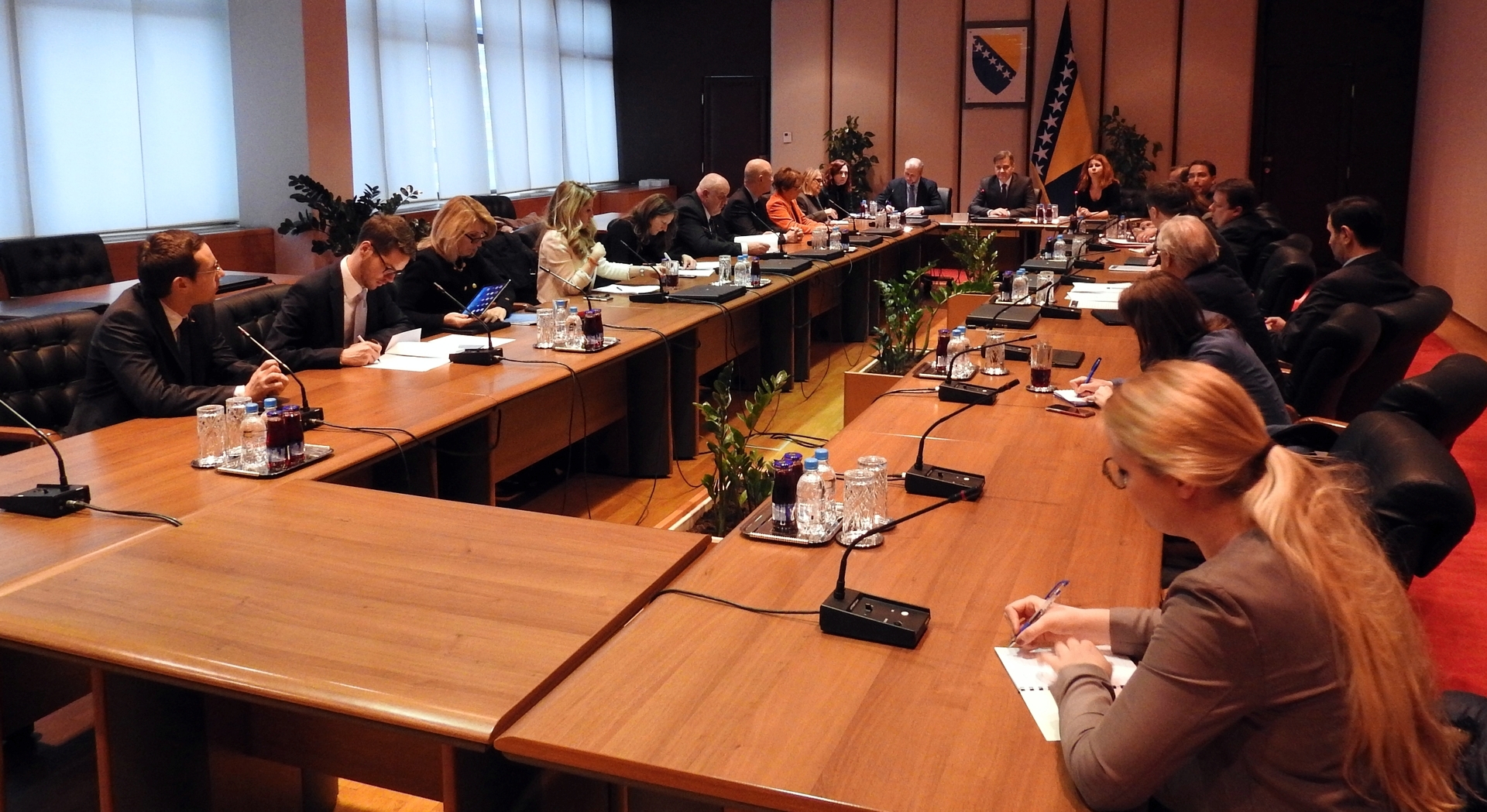 Chairman of the Council of Ministers of BiH Denis Zvizdić received in Sarajevo a Delegation of the European People’s Party, led by its Vice-President and EMP Paul Rangel.

Chairman Zvizdić informed the delegation of the fact that the last year was one of the most successful ones on the European road of Bosnia and Herzegovina. Achieving a constructive and friendly regional cooperation was emphasised as one of the future priorities on the agenda of the Council of Ministers of BiH.

Chairman Zvizdić tanked for the support the European People’s Party gives to Bosnia and Herzegovina. He briefed the meeting of the future plans concerning the participation of BiH at the Trieste Western Balkans Summit this July.

Baily: I’m worried that Macedonia is distancing itself from principles of democracy