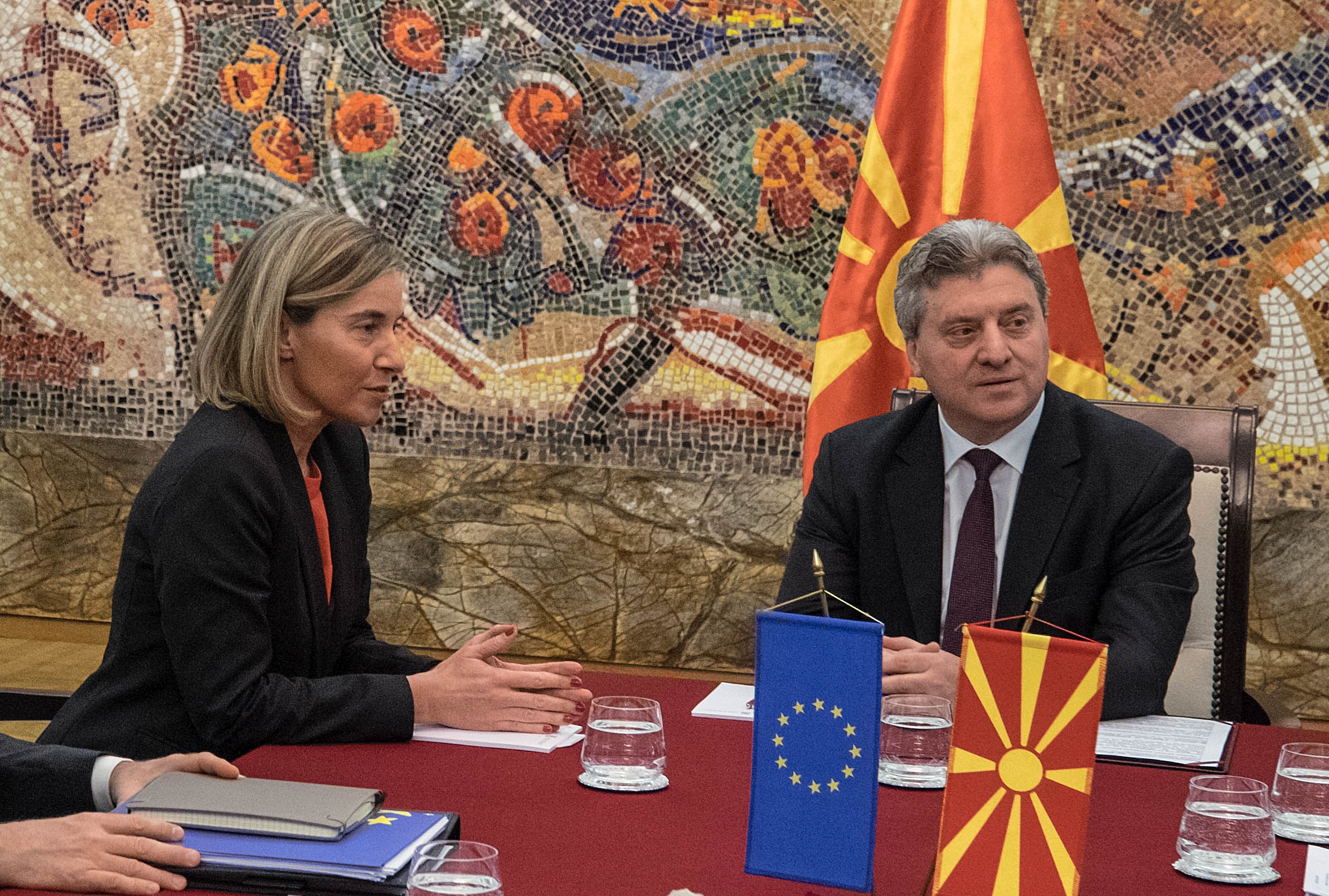 SKOPJE – Macedonian President Gjorge Ivanov at the meeting with the High Representative of the Union for Foreign Affairs and Security Policy, Federica Mogherini, repeated his position that “in accordance with the Constitution, he will not appoint anyone who negotiates with platforms of a foreign country, that are blackmailing Macedonia, and threatening its sovereignty, independence and unity of the state”, announced the President’s Cabinet, Meta reports.

He stressed that “the absence of publicly denouncing the blatant interference in the internal affairs of Macedonia created problems, leading to more destabilization”, and certain “unconstructive statements further deepened the crisis.”

Ivanov added that this is a opportunity for the European Union to publicly and clearly condemn those interfering in the internal politics of Macedonia and restate its support for the borders in the Balkans and that they remain inviolable.