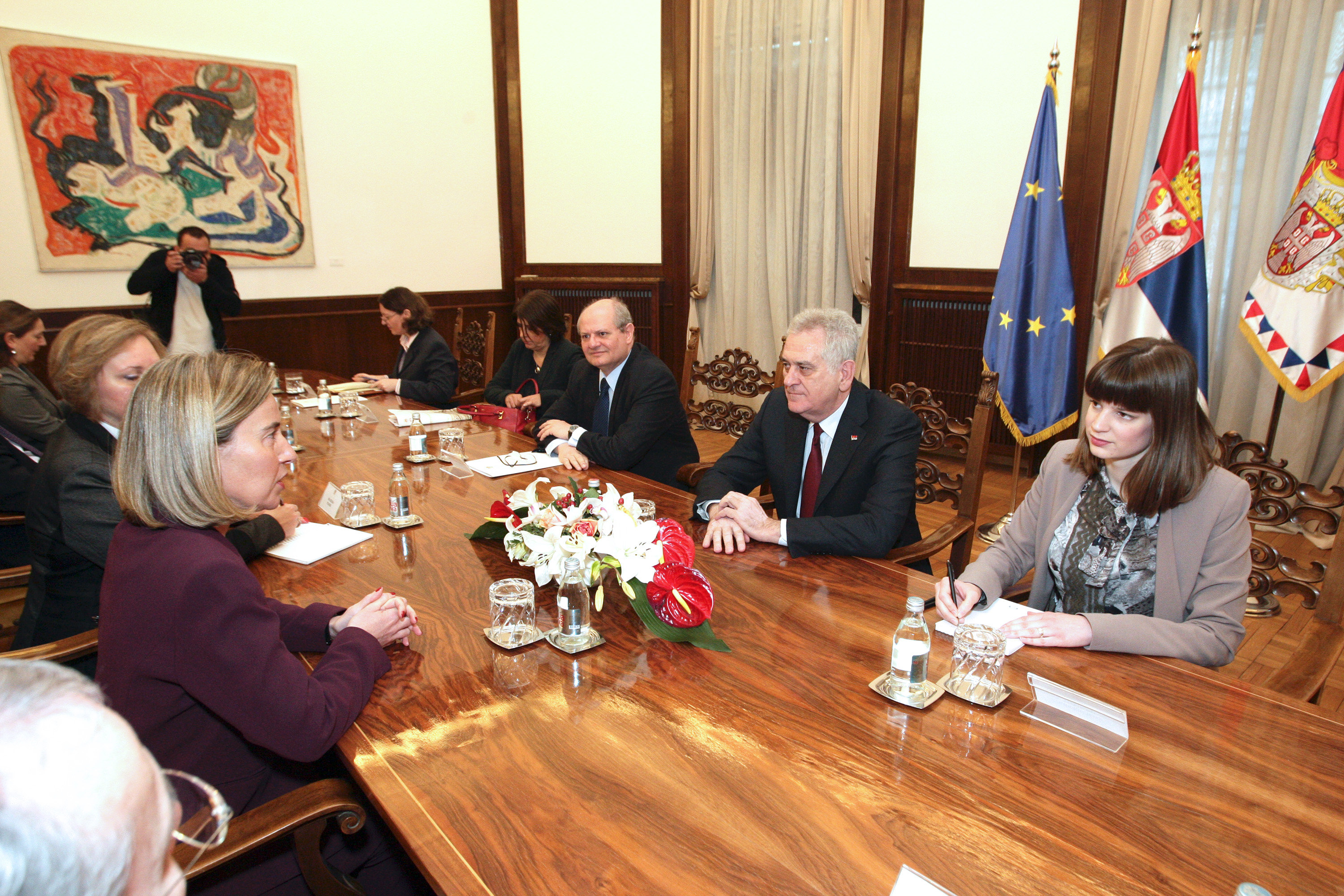 BELGRADE – Serbia is an important stability factor in the Western Balkans, EU foreign policy and security chief Federica Mogherini said at a meeting with Serbian President Tomislav Nikolic Friday, Tanjug reports.
She thanked Nikolic for his commitment to European integration, the presidential press office said in a statement.

She also noted the significance of the Belgrade-Pristina dialogue.

“There is a perception that full membership implies having to make a choice between the East and the West. One does not rule out the other, and work must be done to change this perception,” she was quoted as saying.

Nikolic noted tensions in the region were evident, expressing concern over the situation in Macedonia and Bosnia and Herzegovina.

Serbia is committed to European integration and “hopefully there will be no condition we cannot meet, and that is recognising Kosovo-Metohija”, he said.

Mogherini to Macedonian students: I am telling you ‘be impatient!’