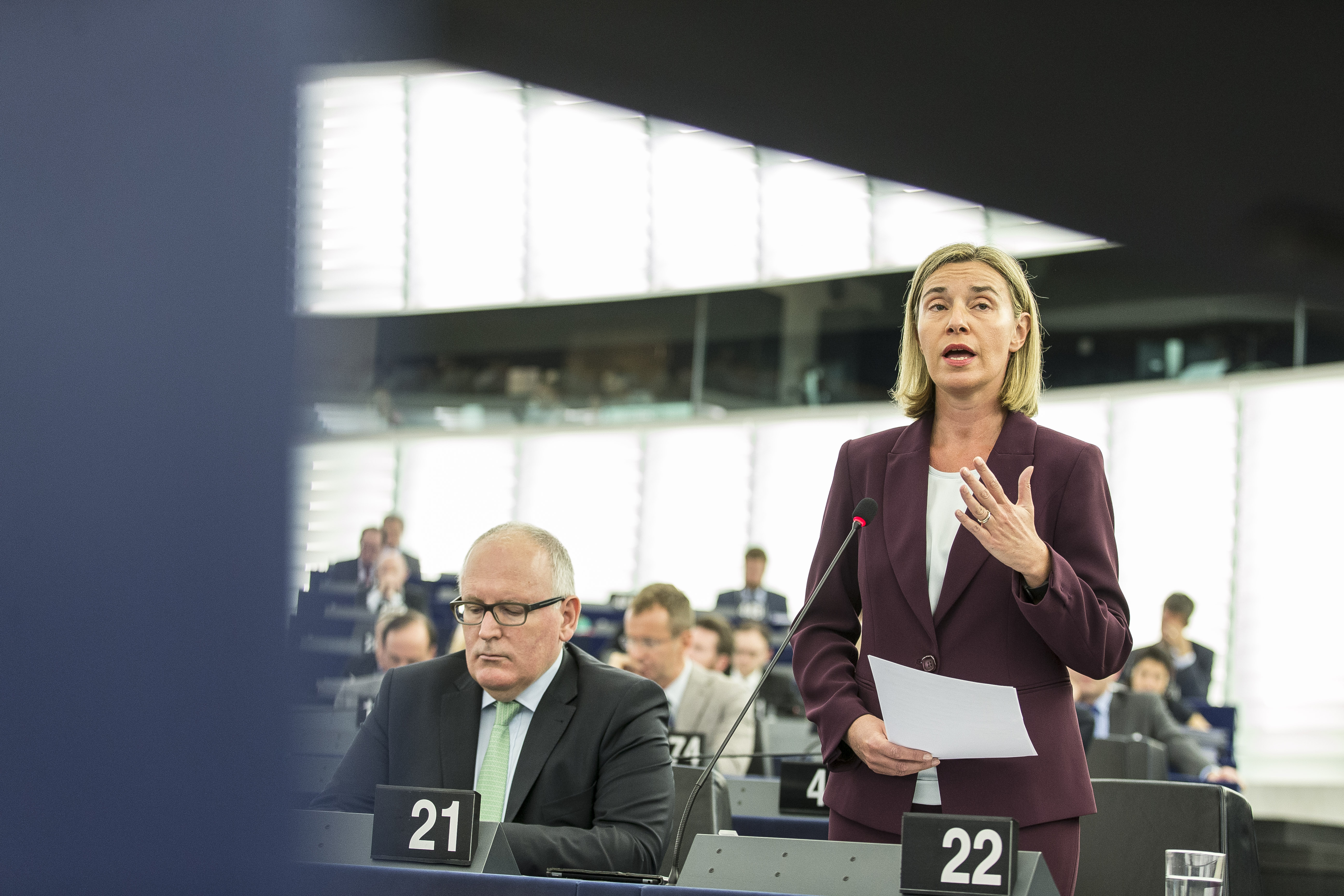 TIRANA – The EU HRVP Federica Mogherini, started on Friday afternoon an official visit in Tirana as part of a tour to the Western Balkans, ATA reports.
At the beginning, Mogherini was received by President of the Republic Bujar Nishani, meanwhile she is scheduled to meet with PM Edi Rama, Parliament Speaker Ilir Meta, as well as the chairs of parliamentary groups.

President Nishani conveyed to the European senior official his highest appreciation of the effort to keep Albanian and the region at the top of EU agenda as well as the commitment of EU institutions to the progress of reforms in Albania.

The Head of State went on saying that after the EC proposal for Albania and the Council’s conclusions, the priority areas for our country are absolutely clear.

President Nishani said: While justice reform has seen a positive development in the last two years, it has come to a crucial stage which requires establishment of legitimate, credible and healthy mechanisms to ensure its effective implementation.

In this context, it is very important for this process to run on constitutional and legal basis, to prevent it being politicized, and encourage inclusion as a guarantee of its credibility.

The Head of State added that justice overhaul is closely linked with electoral reform and decriminalization of institutions and public administration, three dimensions closely interwoven with the prospect of Albania and Albanian citizens.

Speaking about the latest developments in the region, Nishani assured that Albania does not meddle in domestic affairs of any other country. It keeps contributing to peace and stability of the region. Nishani raised his concern over the use of hostile language towards Macedonia Albanians for the purposes of political race in the country.

The preliminary agenda did not include any meeting with DP head Lulzim Basha, however on Friday the EU delegation confirmed that Mogherini will meet with the head of opposition in the evening.

EU has been critical of the opposition’s decision to walk out of parliament, calling it a drag on implementation of Justice Reform and vetting law in particular, concerning which the EU and the US have been outspoken supporters.