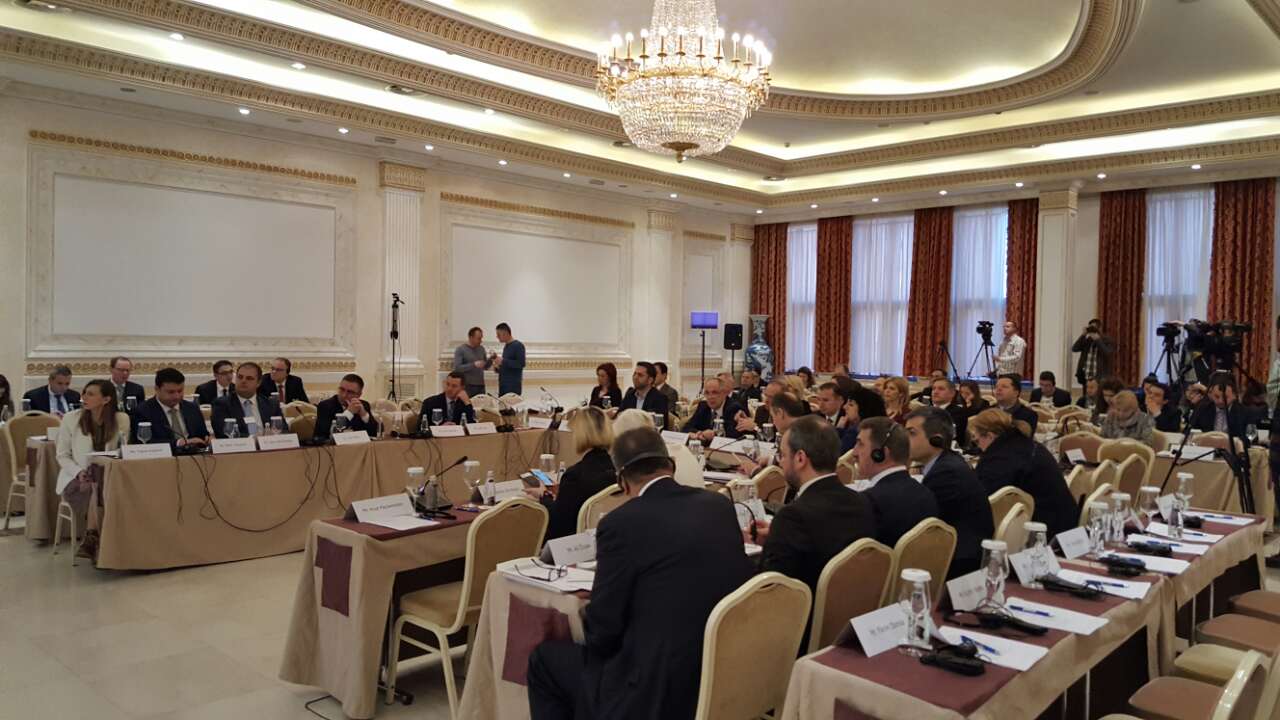 PRISTINA/SARAJEVO – Trans-European networks policy and connectivity agenda were the focus of discussion of members of parliaments from the enlargement aspirant economies, South-East Europe Cooperation Process Parliamentary Assembly (SEECP PA) and the European Parliament (EP) at inter-parliamentary conference held in Pristina today, it is stated at the RCC websit.

Having in mind that well connected transport and energy networks drive economic growth and jobs, attract investments, provide opportunities for businesses and people, as recognized in the European Commission’s Connectivity Agenda, the conference participants discussed role of parliaments in the economic and legislative convergence.

The conference host Xhavit Haliti, Vice President of the Assembly of Kosovo* welcomed the participants underlining importance of parliamentary cooperation and exchange of experiences and practices of the parliaments from the region with their European colleagues as one of the frameworks for convergence.

Gazmend Turdiu, the Regional Cooperation Council (RCC) Deputy Secretary General expressed satisfaction for being a part of the continued cooperation between the European Parliament and parliaments from the region, appreciating the Conference’s topical nature, tackling major aspects of the Connectivity.

“This region needs to be better connected. One of the reasons for that is purely economic. Balkan Barometer, opinion poll done by the RCC in 2016 showed that 58% of surveyed businesses from South East Europe do NOT think that the current level of infrastructure is supportive to their businesses. We at the RCC together with the governments in the region work to change this situation through implementation of SEE 2020 growth Strategy. The results of the 2017 Balkan Barometer will be available to us soon to show how we progress in achieving our goals.”

Other topics covered by the conference agenda included: “soft connectivity” measures: improving governance to ensure an investment-conducive framework; financing the projects: the role of European and international stakeholders, and trans-European networks in transport, energy and inter-connectivity.

The conference gathered members of the parliaments from the EU enlargement economies from the region, European Parliament, and the SEECP PA, representatives of European Commission’s Directorate General for Neighbourhood Policy and Enlargement Negotiations (DG NEAR), Energy Community (EnC) and South-East Europe Transport Observatory (SEETO). It was organised by the Pre-Accession Actions Unit of the EP in cooperation with the Assembly of Kosovo*, the RCC and the European Parliament’s Committees on Foreign Affairs, on Industry, Research and Energy, and on Transport and Tourism.

Orav: Parties have to find a solution for the political crisis in the next few days, not weeks or months