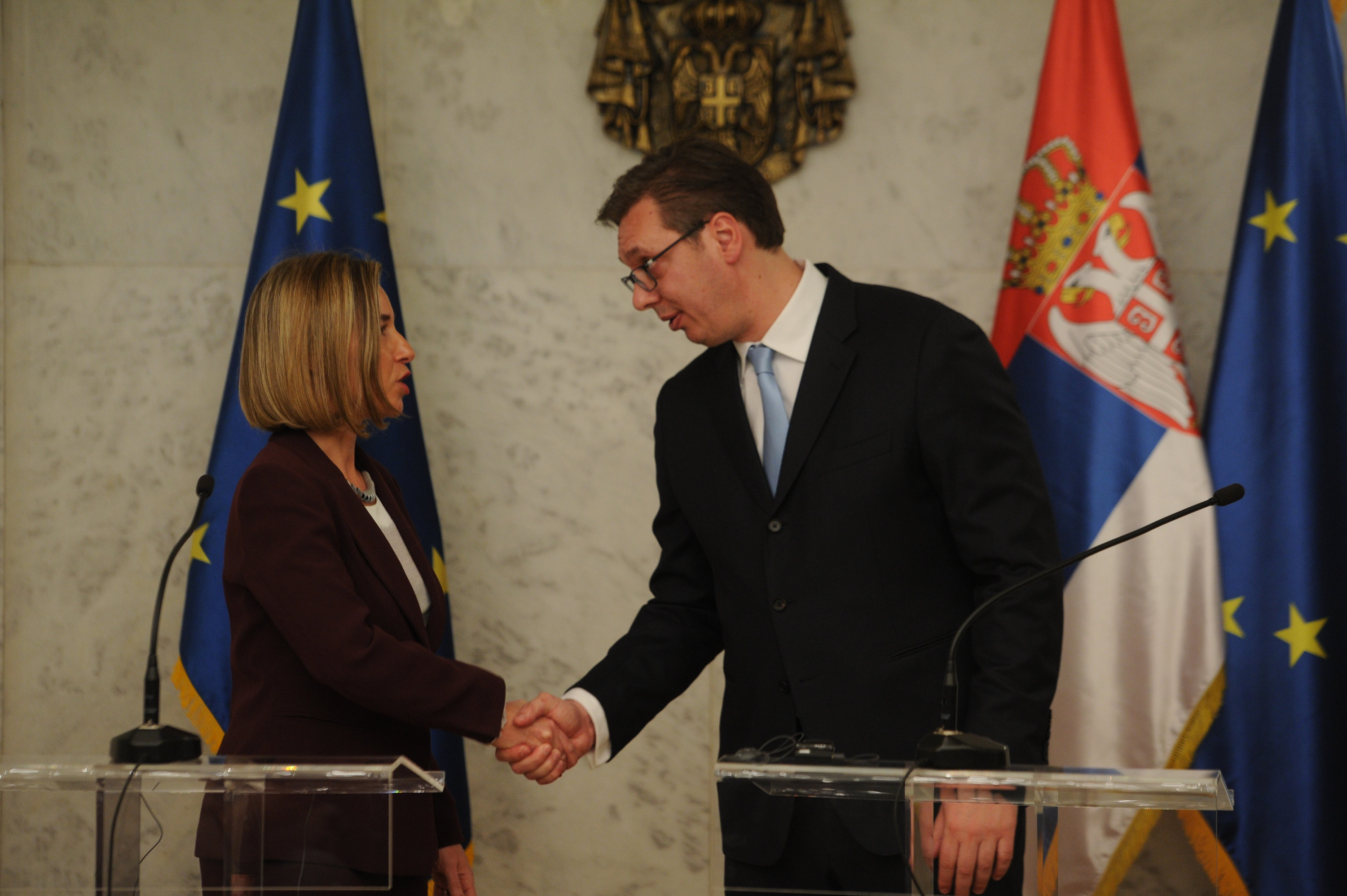 BELGRADE – Serbia is on the European path, and remains firmly on it, Serbian PM Aleksandar Vučić said after a meeting with EU foreign policy and security chief Federica Mogherini Friday, Tanjug reports.
At a joint press conference with Mogherini, Vučić said the EU was the most significant destination for Serbia and that he believed much improvement could be made in Serbia-EU relations.

Noting she was always welcome in Serbia, Vučić thanked Mogherini for the opening of Chapters 20 and 26 in Serbia’s EU accession talks, adding that he believed Serbia’s economic environment and judiciary could be improved, and that Serbia expected assistance and support in those efforts.

Mogherini to Macedonian students: I am telling you ‘be impatient!’

Stoltenberg: I look to authorities in Skopje to fulfil next step in democratic process