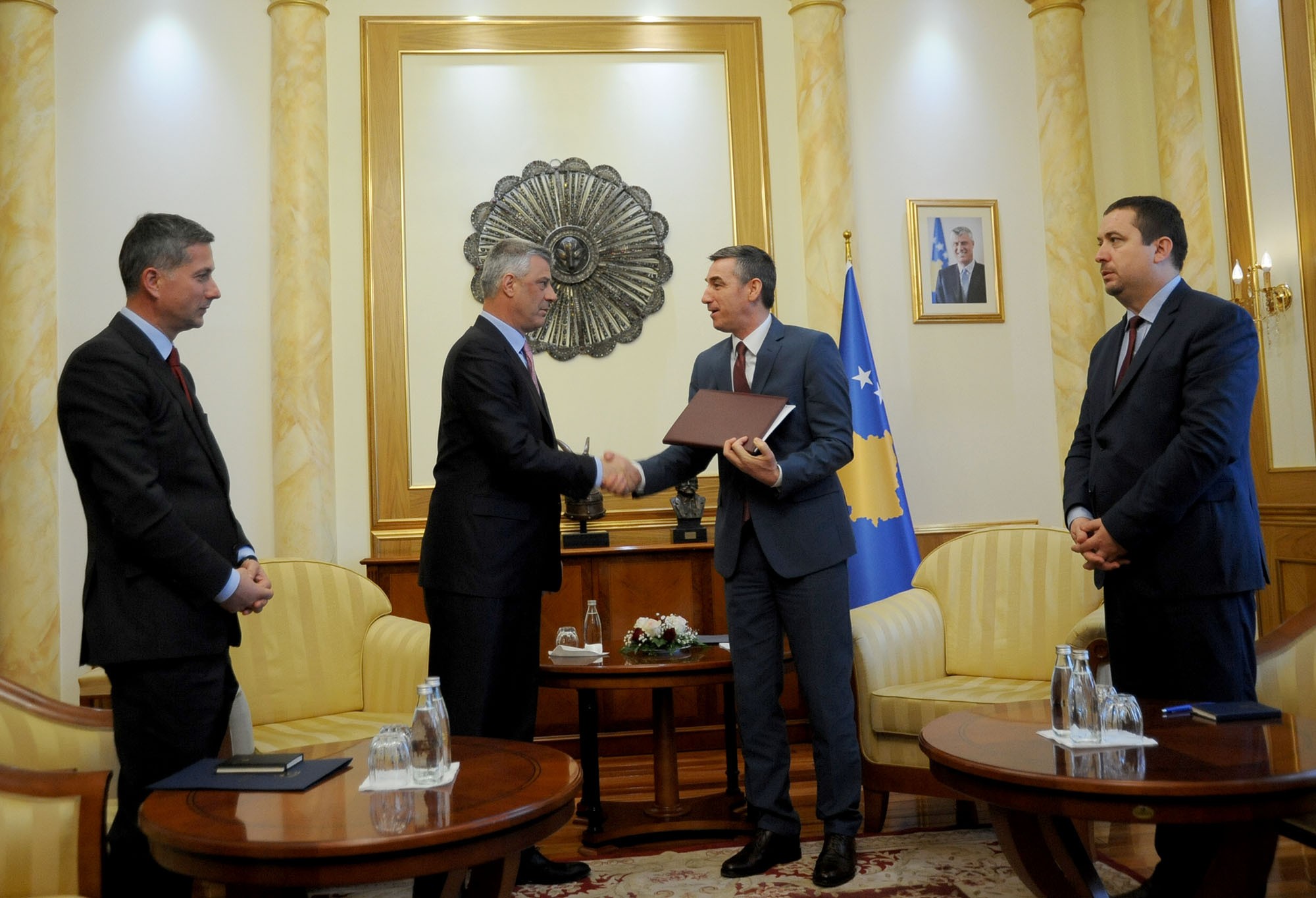 Thaçi handing over the Draft Law; Photo: President of Kosovo

“This legal initiative of mine for the advancement of the role and tasks of the Kosovo Security Force is necessary and done in order to protect the sovereignty and territorial integrity, to maintain the peace and to protect the national interests of the Republic of Kosovo, and contributes to the building and maintenance of peace and regional and global stability”, said Thaçi.

Thaçi said that three years ago, in accordance with the recommendations of the process of the Security Sector Review, he had announced the establishment of the Armed Forces of Kosovo.

Referring to the transformation process of the KSF, President Thaçi said that he would like that this transformation would happen just as we have attempted during the three years that passed, but such a thing was not achieved to be done because the parliamentarians representing the Serb community in Kosovo have made it clear dozens of times that they will never vote for the necessary constitutional amendments which enable the establishment of the Kosovo Armed Forces.

“This bitter reality is regrettable, even more so when it is known that this attitude against constitutional amendments has its origins in Serbia. Kosovo can not leave its fate at the mercy of anyone”, stated President Thaçi.

“For me as President and Supreme Commander of the Kosovo Security Force, more important than the symbolism, which is associated with the name is the content”, stressed President Thaçi.

In this context, President Thaçi said that only one thing is of crucial importance for the citizens and the state.

“Kosovo is finally creating its army”, he said.

“Personally I feel very good with the name of the Kosovo Security Force and I think that this name is very appropriate for the army of Kosovo, because the citizens already have it in their hearts”, added President Thaçi.

The changes in the mission and the new tasks the Kosovo Security Force will assume, in accordance with the new Law, President Thaçi said that they will make the Kosovo Security Force a modern and professional army, with protective character, which will be designed to protect the citizens of Kosovo and will be in the service to maintain peace in the region and in the world, whenever Kosovo is required to give its contribution in this regard.

“This legal natural transformation is completely constitution and necessary for the Kosovo Security Force to officially start the membership process into NATO”, he stressed.

“The neighboring countries which have their own armies must understand this transformation of the Kosovo Security Force into an army, as a perfectly normal step of a sovereign and independent state”, added President Thaçi.

He clarified that the NATO mission, respectively of KFOR in Kosovo will continue to function as usual and this transformation will have no implication in the mission and tasks of KFOR in Kosovo. 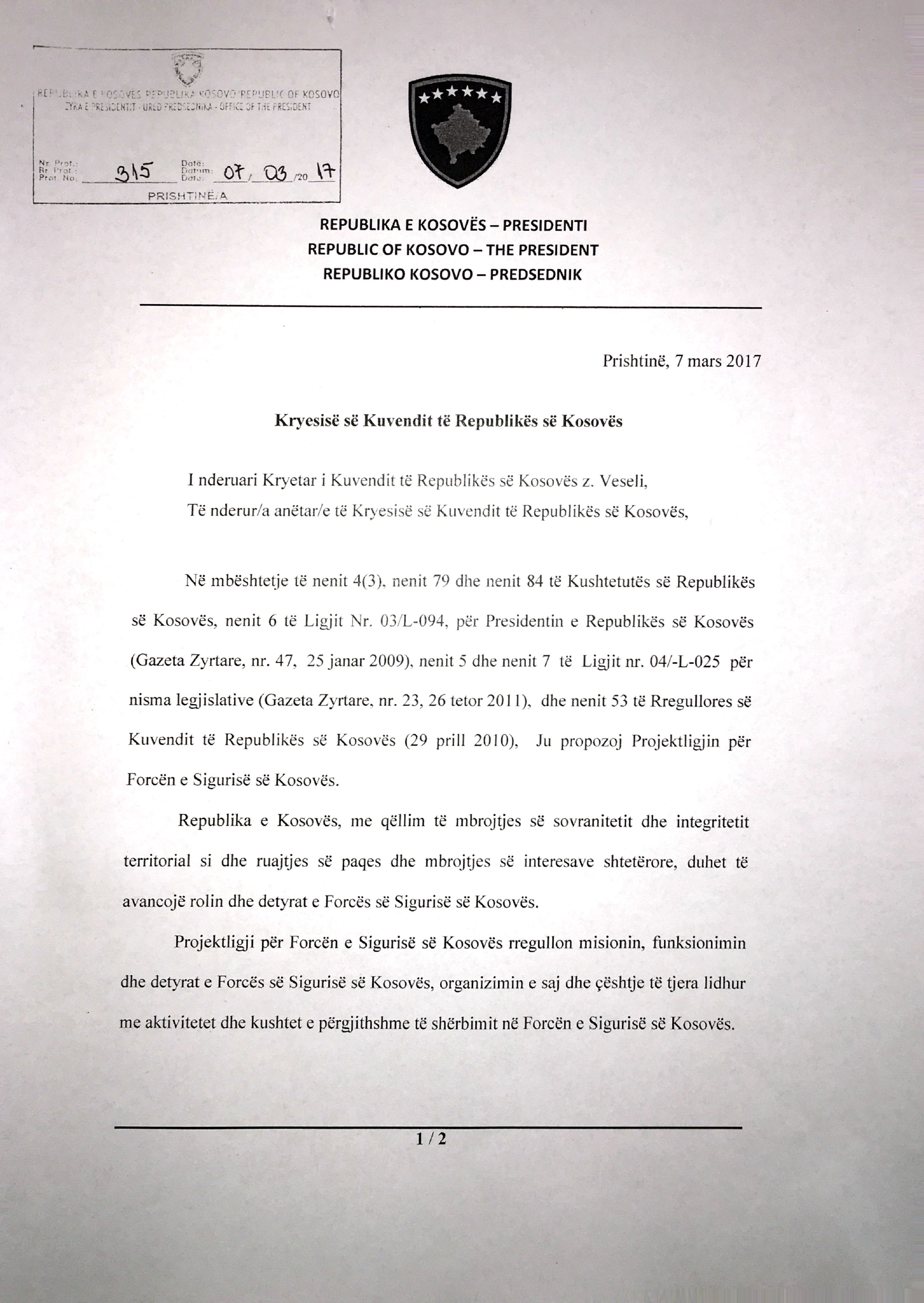 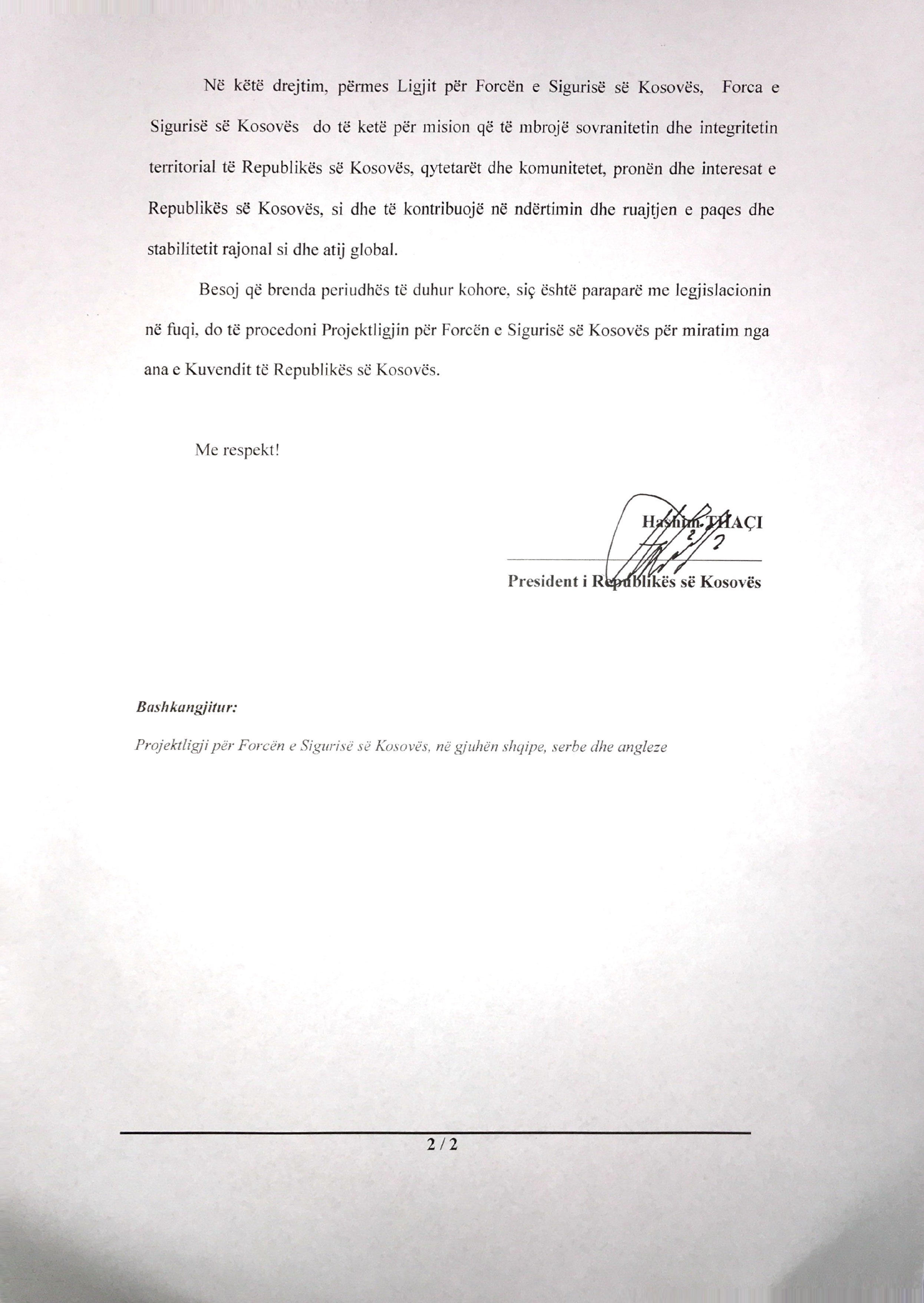