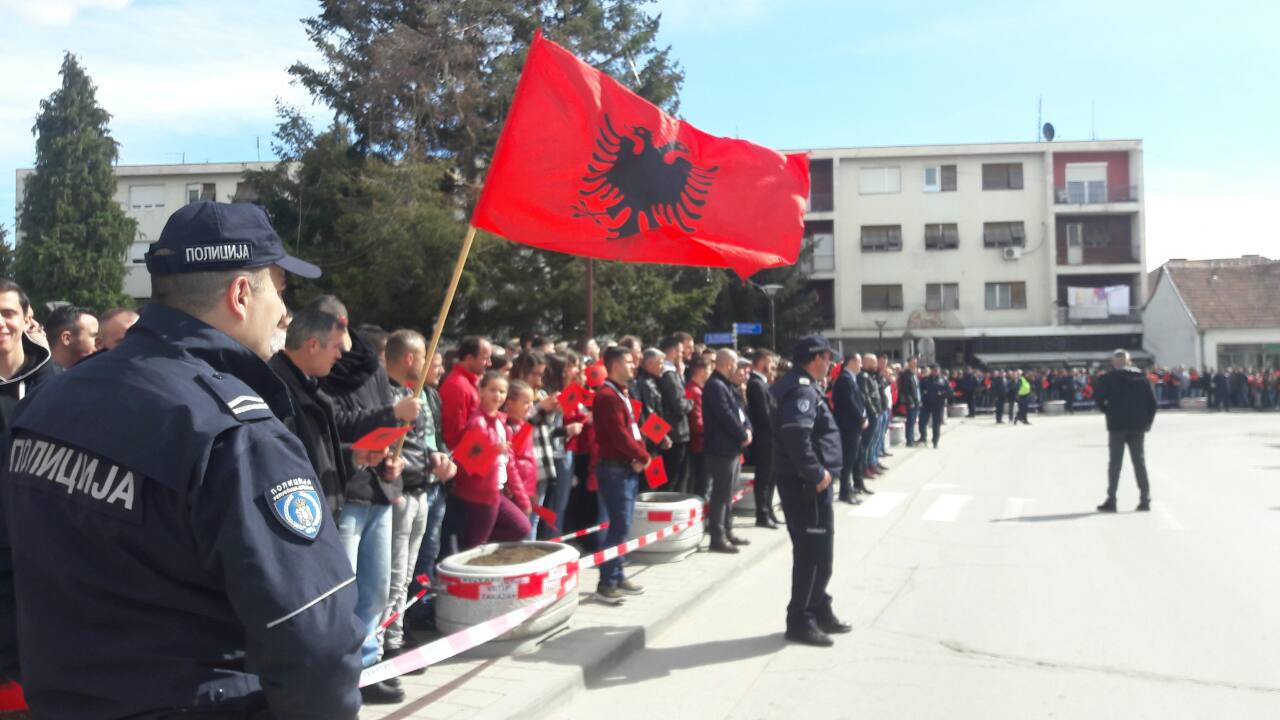 Bujanovac ahead of the visit of Bujar Nishani, President of Albania, Photo: Tanjug/STR/bk

TIRANA – Albanian President, Bujar Nishani, started Tuesday a visit to the municipalities of Bujanovac and Presevo in Serbia, where he is slated to attend the celebrations on the 130th anniversary of the First School in Albanian language as well as other activities on Teacher’s Day, ATA reports.

According to Presheva Jonë agency, thousands of Bujanovac citizens cheered for the Albanian President who arrived in the city in the afternoon hours.

The one-day visit of Nishani in Presevo kicked off with a meeting with the mayor of Bujanovac, Shaip Kamberi which focused on the current political and economic situation as well as respect for the rights of Albanians in the Valley.

Also in attendance of the meeting with President Nishani was the chair of National Council of Albanians (KKSH) Jonuz Musliu, Speaker of Bujanovac Assembly, Fatmir Hasani, Albanian lawmakers in the parliament of Serbia, and others.

The govt. representatives included Zoran Stanković, the chair of Coordinating Council for South Serbia. He is also expected to meet with President of Albania later in the day.

Vučić speaks on phone with Thaçi to discuss Mogherini visit

Albanian MFA: Everyone should remain calm, anti-Albanian rhetoric must stop