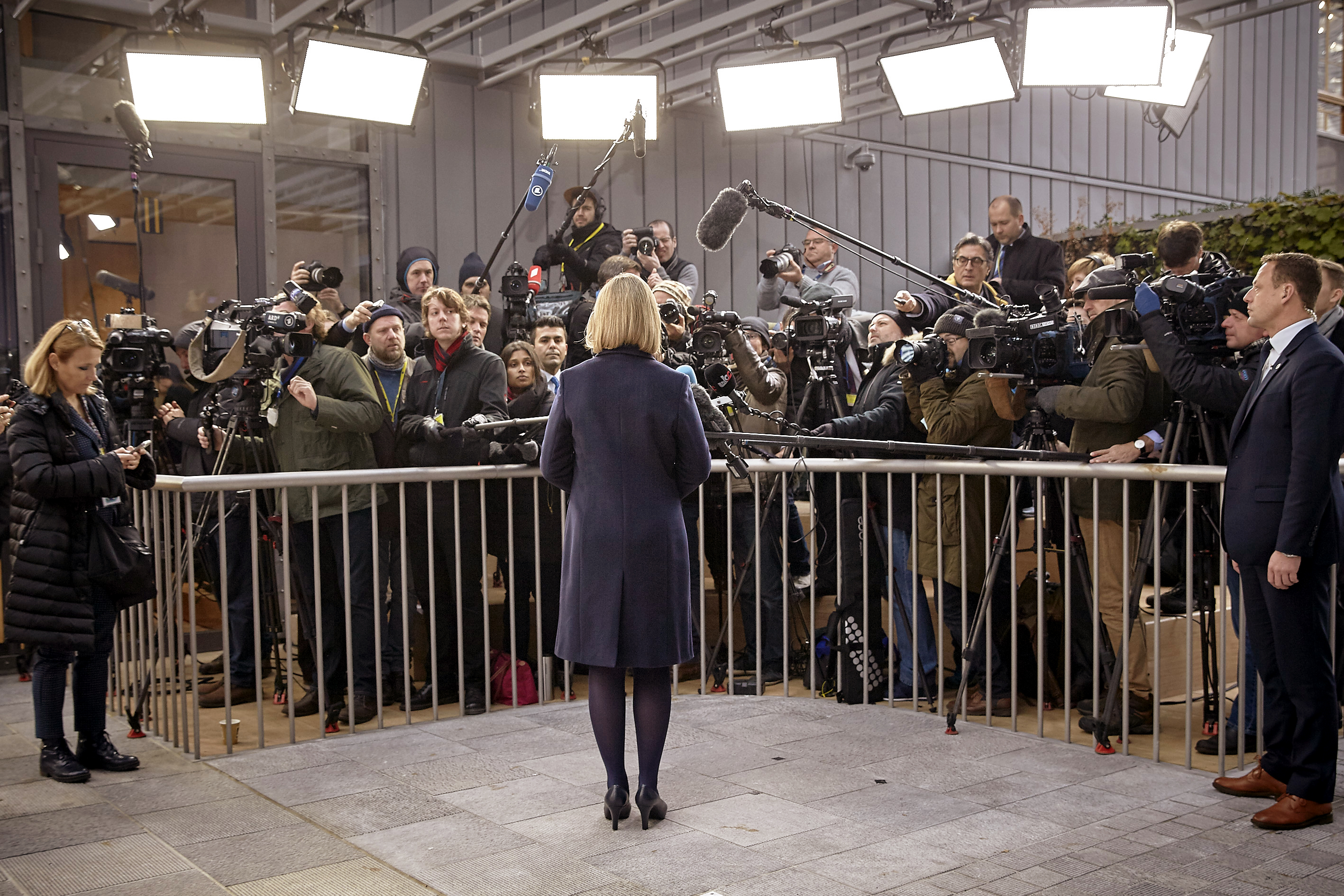 WESTERN BALKANS/BRUSSELS – Earlier this month, HRVP Federica Mogherini paid a visit to the Western Balkans. While addressing the members of the parliaments of the six countries, she delivered key messages from Brussels but also encouraged the governments to continue implementing necessary reforms. Mogherini also used her time to speak with students and to further motivate them to engage in helping their countries to move forward on the EU path.

It might seem that she began her visit with enthusiasm and high hopes that Western Balkans need just a little push to continue implementing essential reforms, she realised that it might take more support and understanding from the EU, since the region is flooded with severe political issues heated with harsh inter-ethnic tensions, which caused her to returned to Brussels even more worried.

Ahead of her official visit to Montenegro, she stated that “leading the Western Balkans inside the European Union is a task for our political generation, not for the next one.“

She also tackled the issues with Serbian reforms, adding that Serbia needs “a stronger rule of law, a more predictable business environment and that the better services for all citizens would help create new jobs and attract more investments from abroad.”

On her second day in the Western Balkans, Mogherini visited Macedonian parliament, where she urged the political leaders to scale down harsh rhetoric which could ignite inter-ethnic conflict. “All political leaders and all those who have institutional responsibilities have the duty to contain and scale down the rhetoric, avoid that this political and institutional crisis becomes an inter-ethnic conflict, or even worse a geopolitical conflict. This is a complex country in a complex region and in really complex times. We do not need fuel because we have quite some fire already.”

Later that day she visited university students in Skopje giving them an inspiring speech in which she encouraged students to be eager for a change. “I am telling you ‘be impatient!’ and ask for what you want and try to work for what you want. I am not telling you to wait for better times; I am telling you to engage, stay positive, stay positive and consistent and do not let frustration turn into cynicism, violence, or divisions. Do not let anyone tell you that your country will never make it or that you will not make it. If you do not see any progress, or even worse if you see that things are getting worse, which sometimes happens in live and in history, don’t give up. Don’t ever give up. And keep a sense of direction, keep the priorities, engage because your behaviour, your voice, your thoughts count”, HRVP told Macedonian students.

During the third day of the Western Balkans tour, she referred to Serbia’s relations with Russia, telling Serbian president that “there is a perception that full membership implies having to make a choice between the East and the West. One does not rule out the other, and work must be done to change this perception.”

In Tirana, she had a message regarding the political situation of the country. “The leaders have the responsibility to act within the institutions. Political game needs to be played inside the field, not outside it, which means the debate should take place in parliament, which is the heart of democracy,” Mogherini said.

Mogherini reiterated the message that the dialogue between Belgrade and Pristina is of utmost importance. “Reconciliation is the key word here, and this is the key work that we are doing and that we are supporting. The people of Mitrovica are trying to enter into reconciliation between communities and ultimately peace, and with peace comes prosperity.”

The final country she visited was Bosnia and Herzegovina, where she explained that the EU path means stability and security to the country. “Peace is not a minor thing to mention in this city, it is stability, security, economic opportunities for all of us, regional cooperation and what I call the reunification of our continent. Because this is not the European path of Bosnia and Herzegovina because you are already European, this is the perspective to join the European Union that is at stake, and this is a shared objective we have that we are working at that direction,” Mogherini concluded.

Some analysts claim – Mogherini visit had no effect on Western Balkans. On Monday, before the meeting of EU Foreign Affairs Council in Brussels, Mogherini expressed her fear on current situation in Western Balkans. “Some internal, domestic politics dynamics that create tensions in some countries; some regional inter-ethnic tensions or between or among countries that are extremely dangerous because they could bring the region back a few years. Peace is never to be given for granted. And also I have seen a region exposed to some global tensions. The Balkans can easily become one of the chessboards where the big power game can be played.”

On the other hand, she added that she is “full of optimism and hope because whenever you meet the students, the citizens, civil society, but also so many political and social forces in all the region, you see the enormous support and trust in the European Union. You see the desire to enter the Union.”

However, the Minister of Foreign Affairs of Slovakia, Miroslav Lajčák, stated that he thinks “the High Representative returned from her Balkan trip frustrated,” Al Jazeera reports. He added that “the EU is becoming less serious when it comes to enlargement … now we have two countries that are about to collapse, and three that are in deep political crisis.”

Having all that in mind, it is clear to see that the Western Balkans is facing severe political challenges and only with the strong support of the EU those issues could be solved. 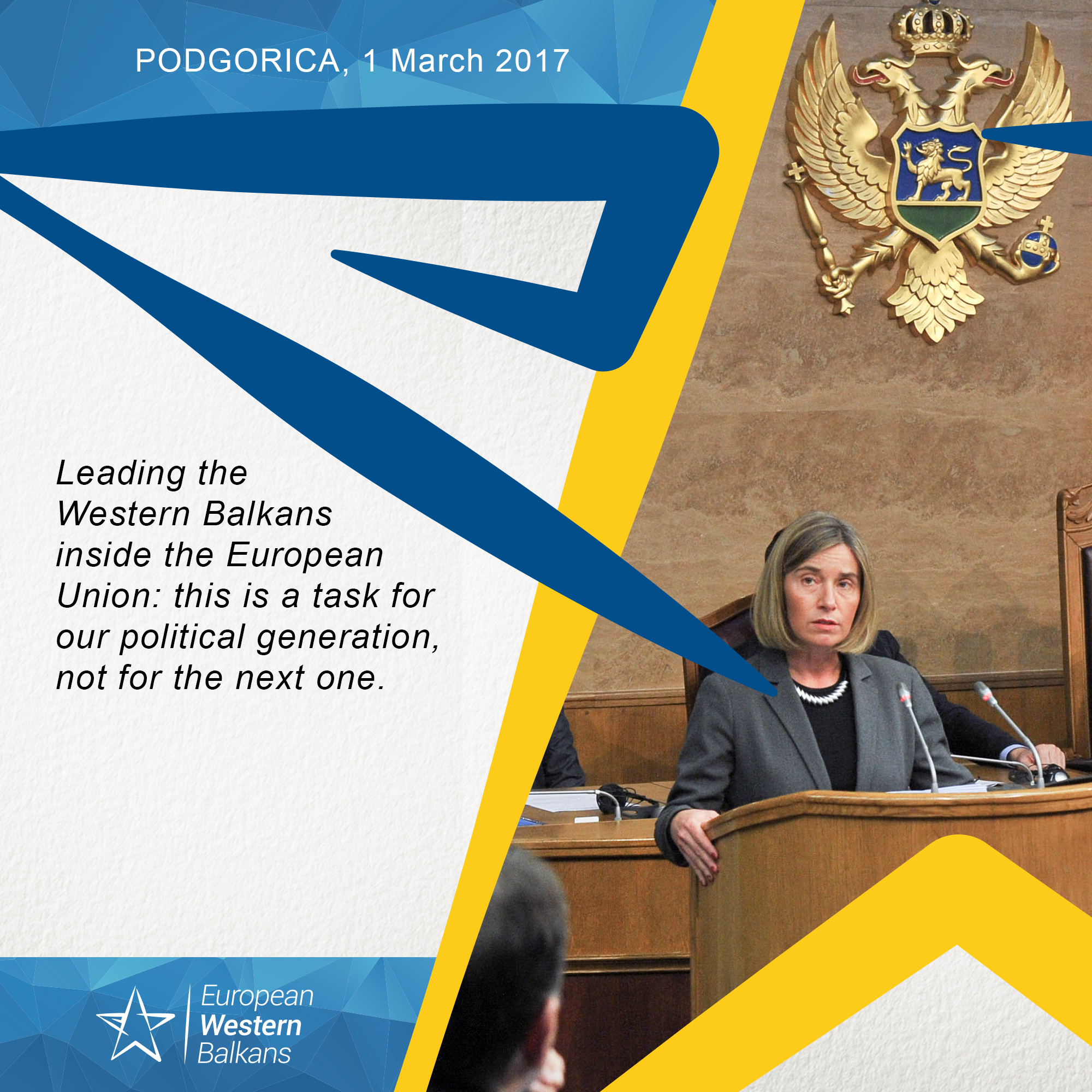 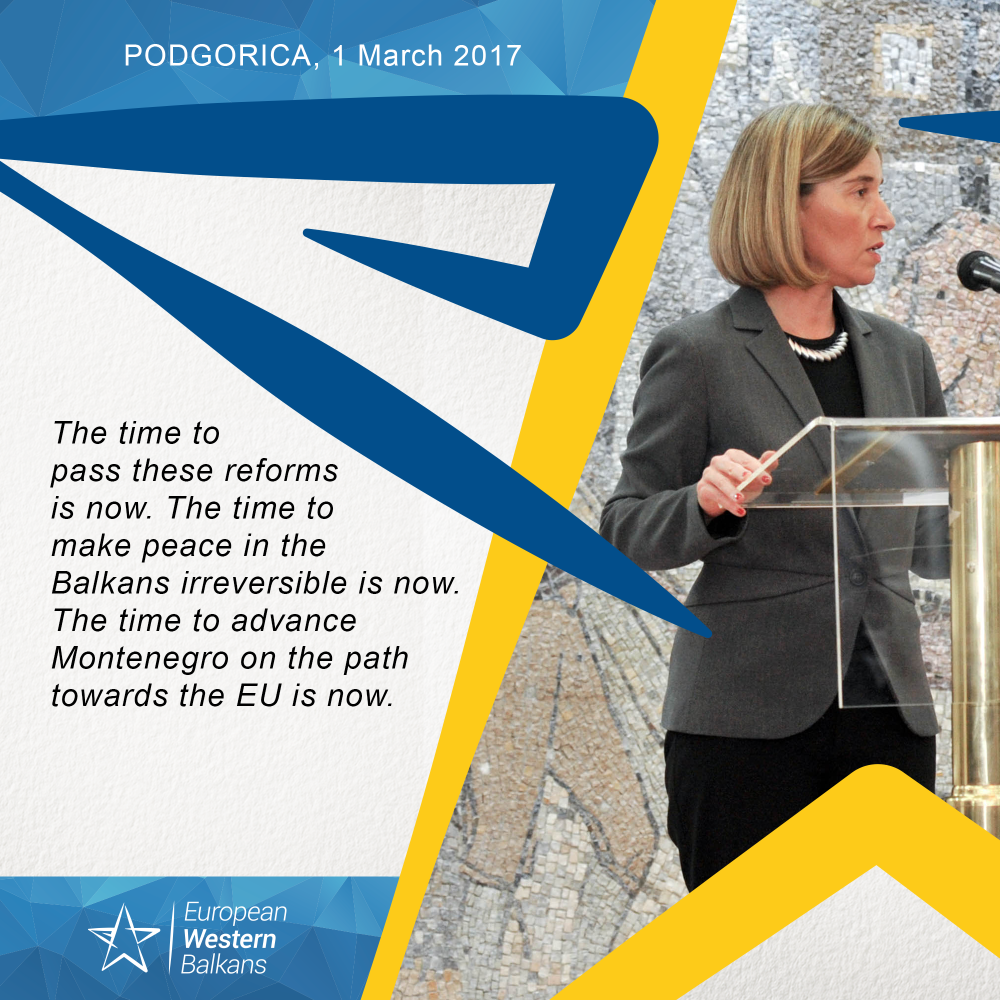 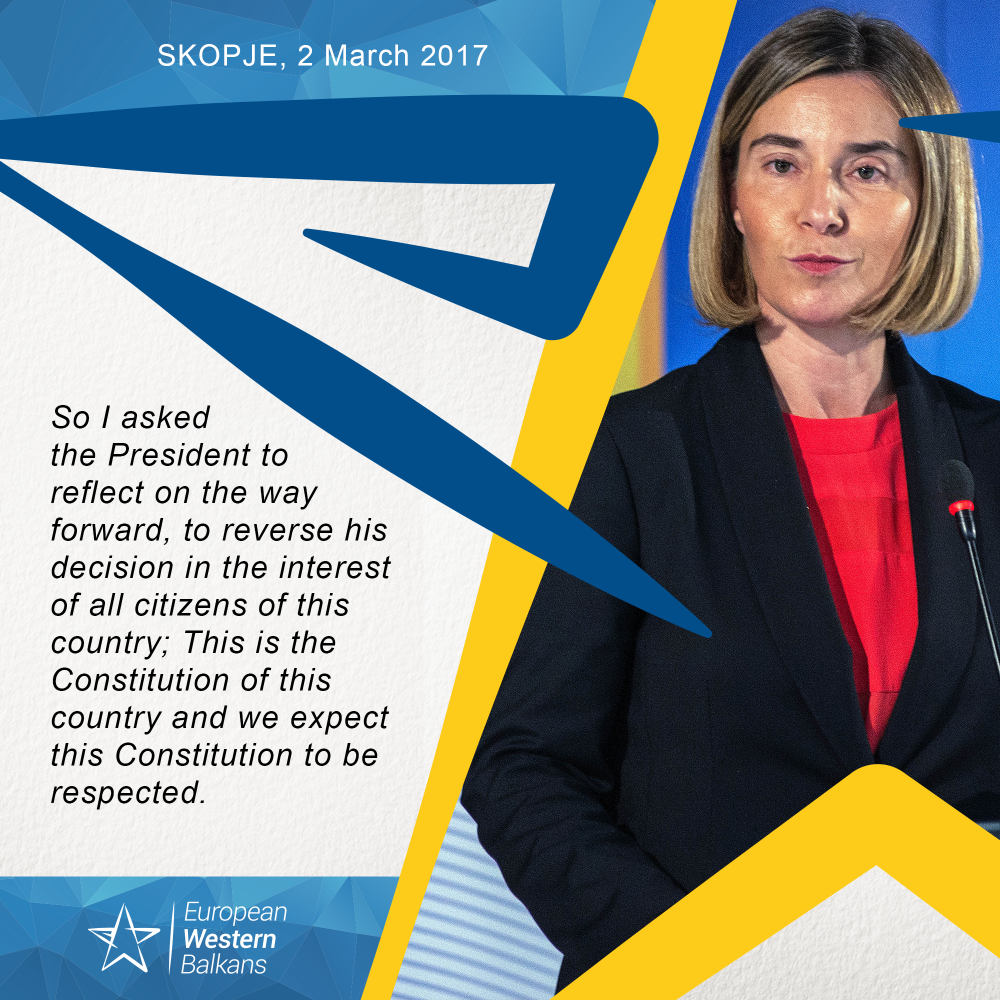 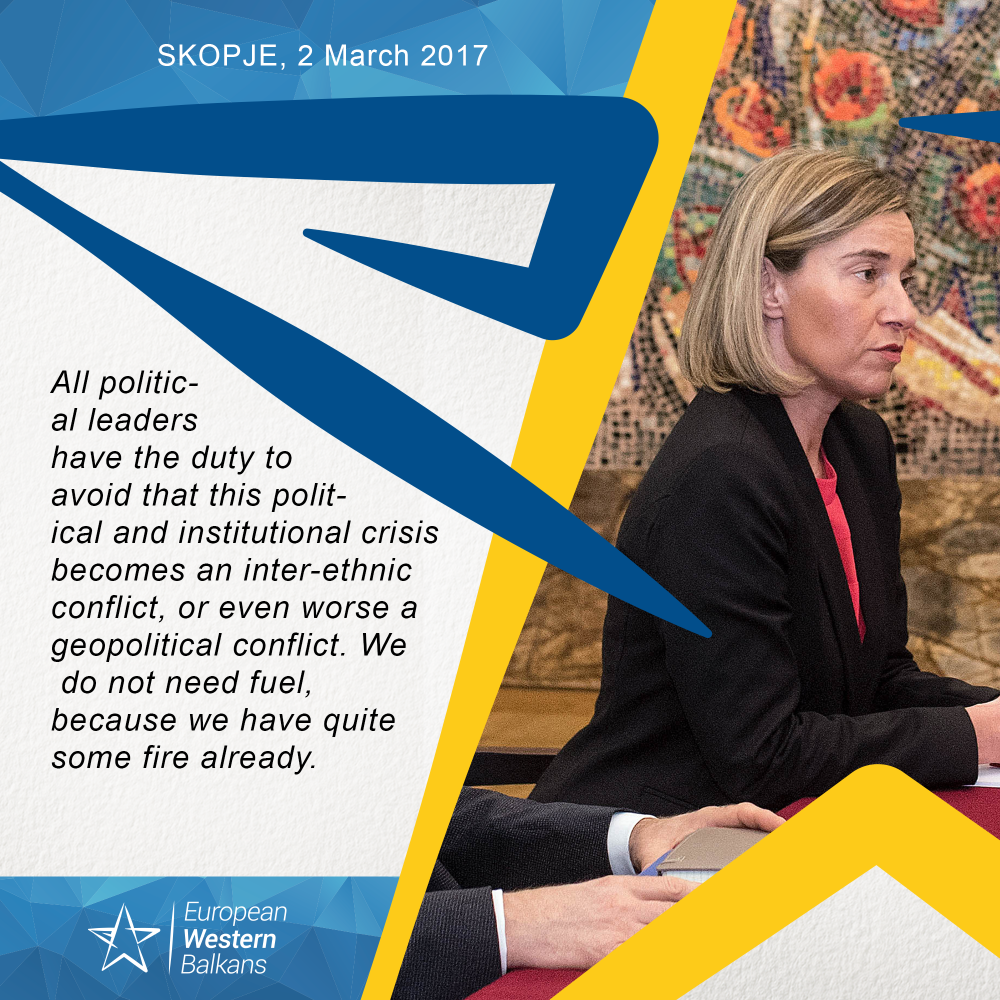 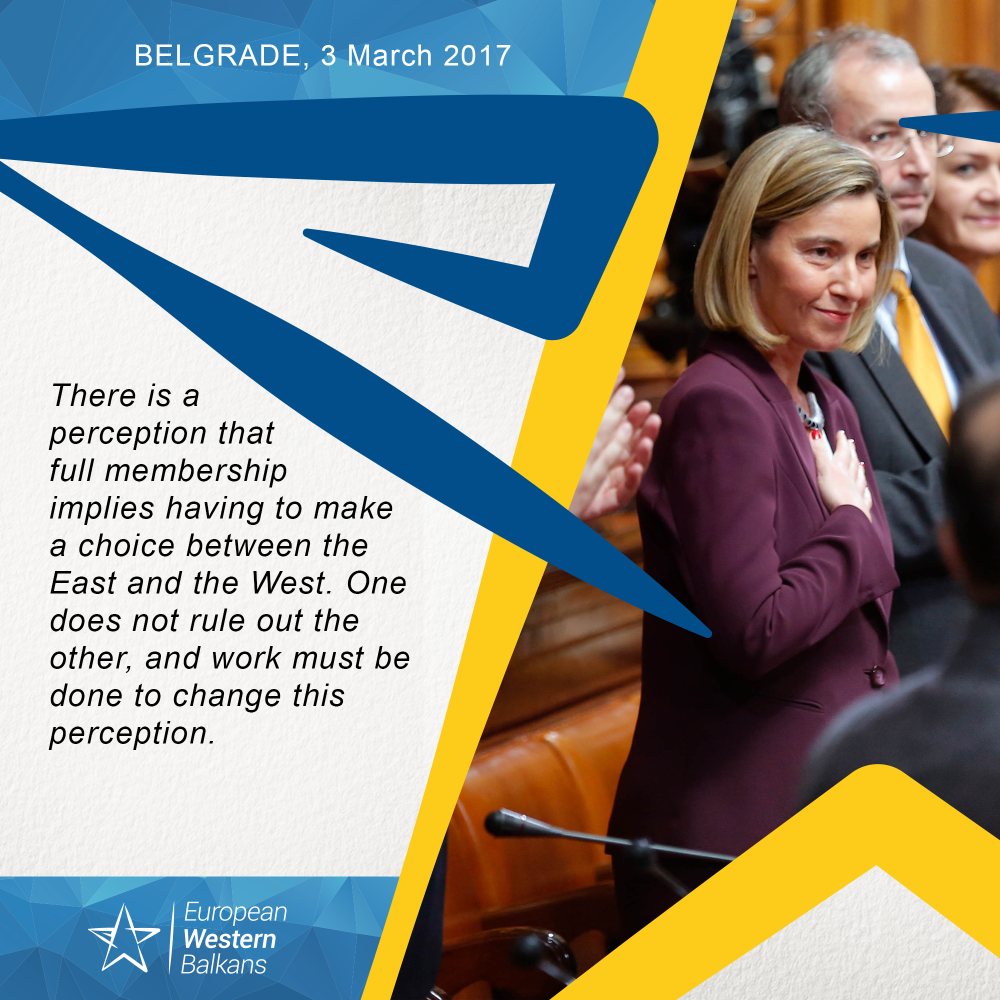 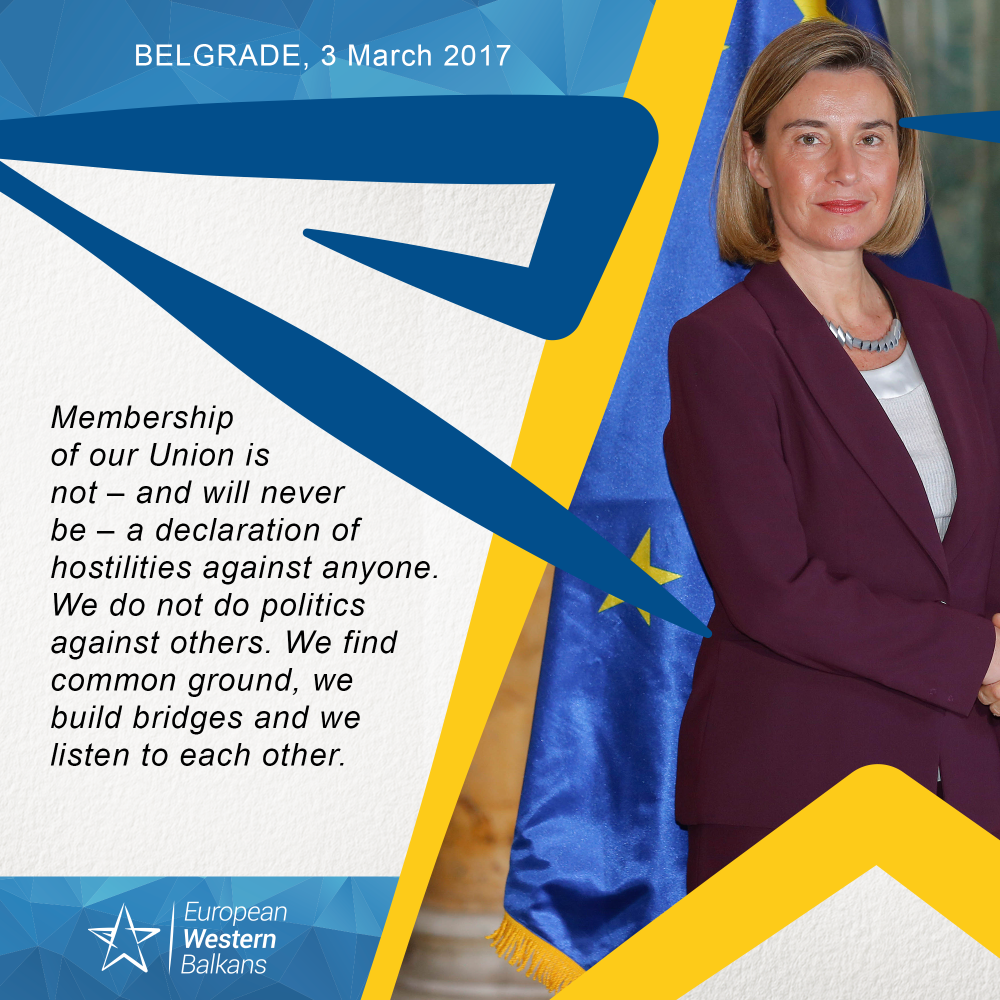 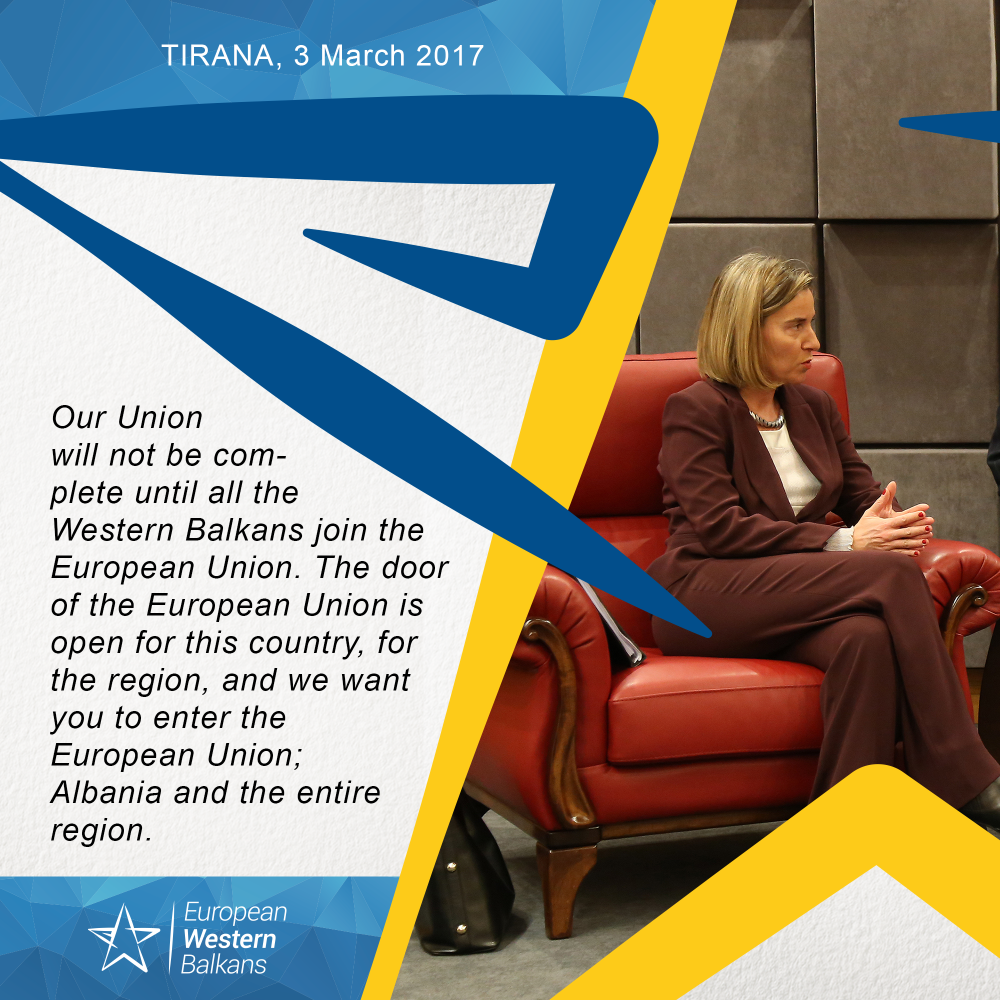 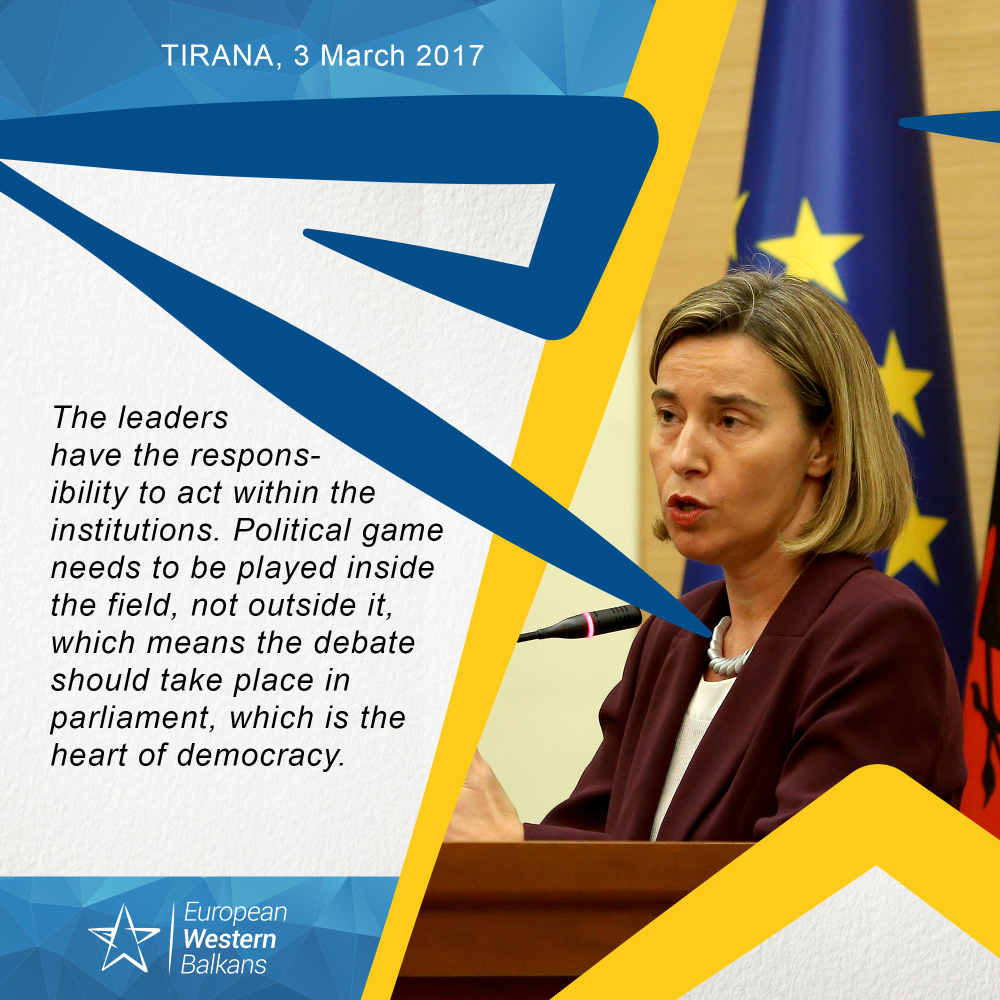 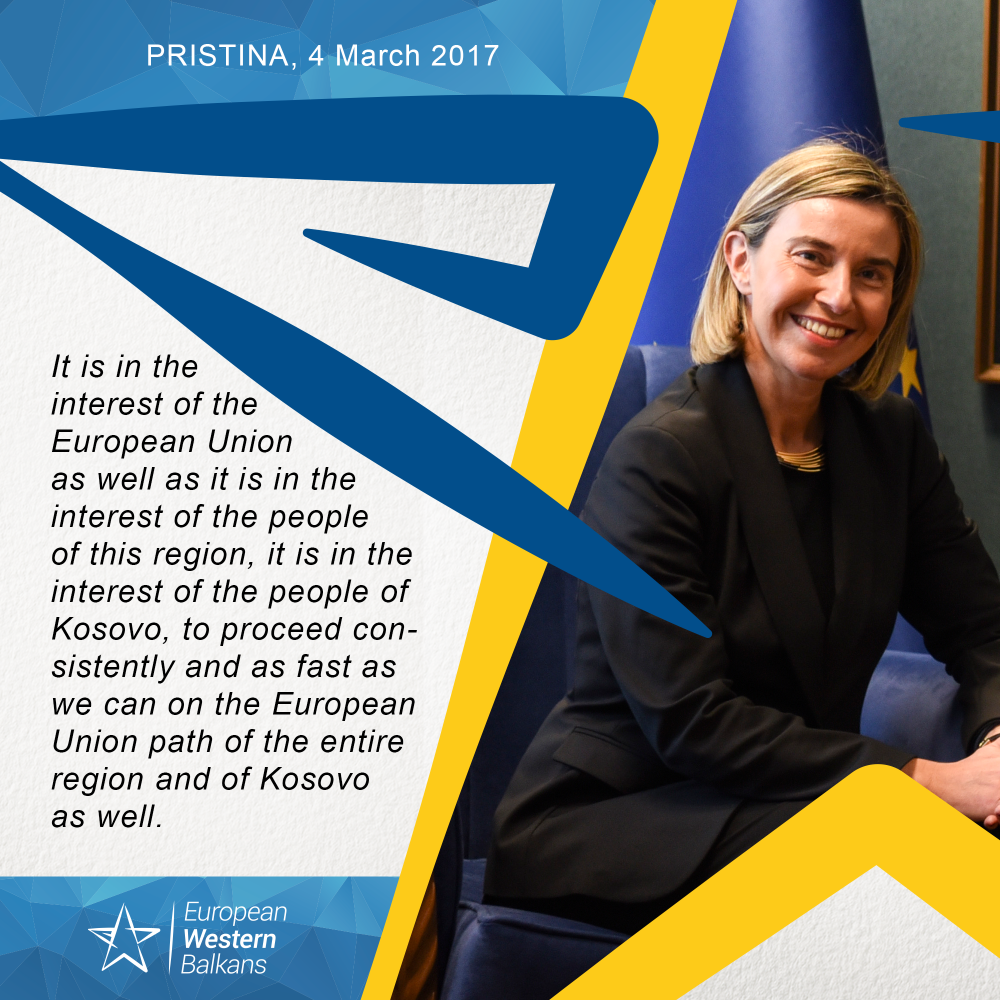 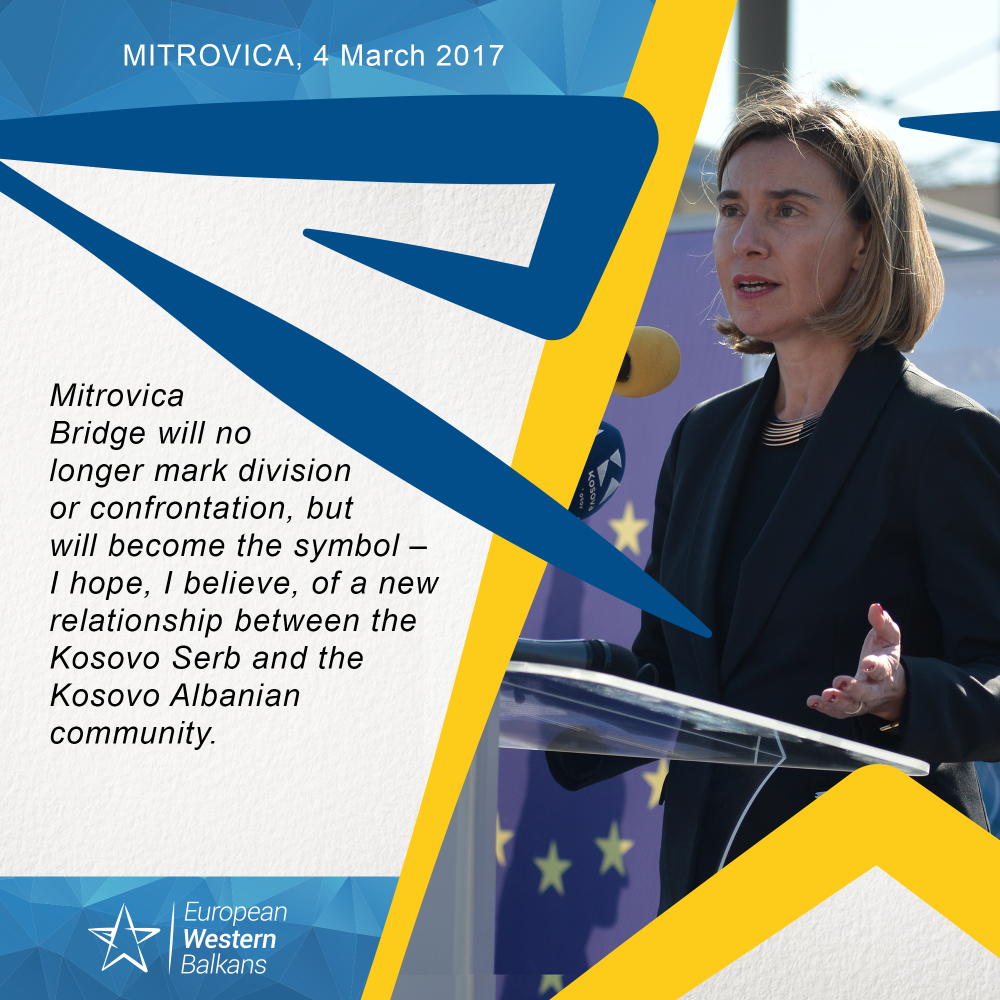 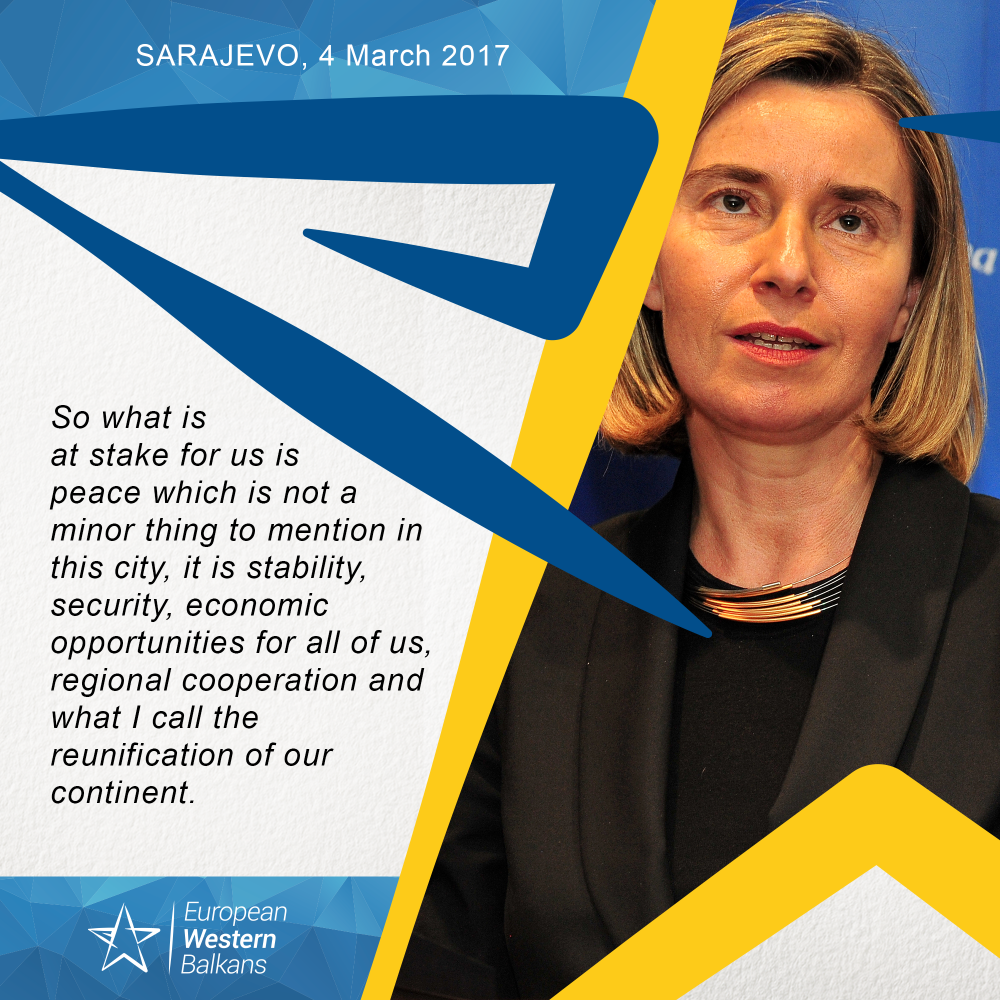 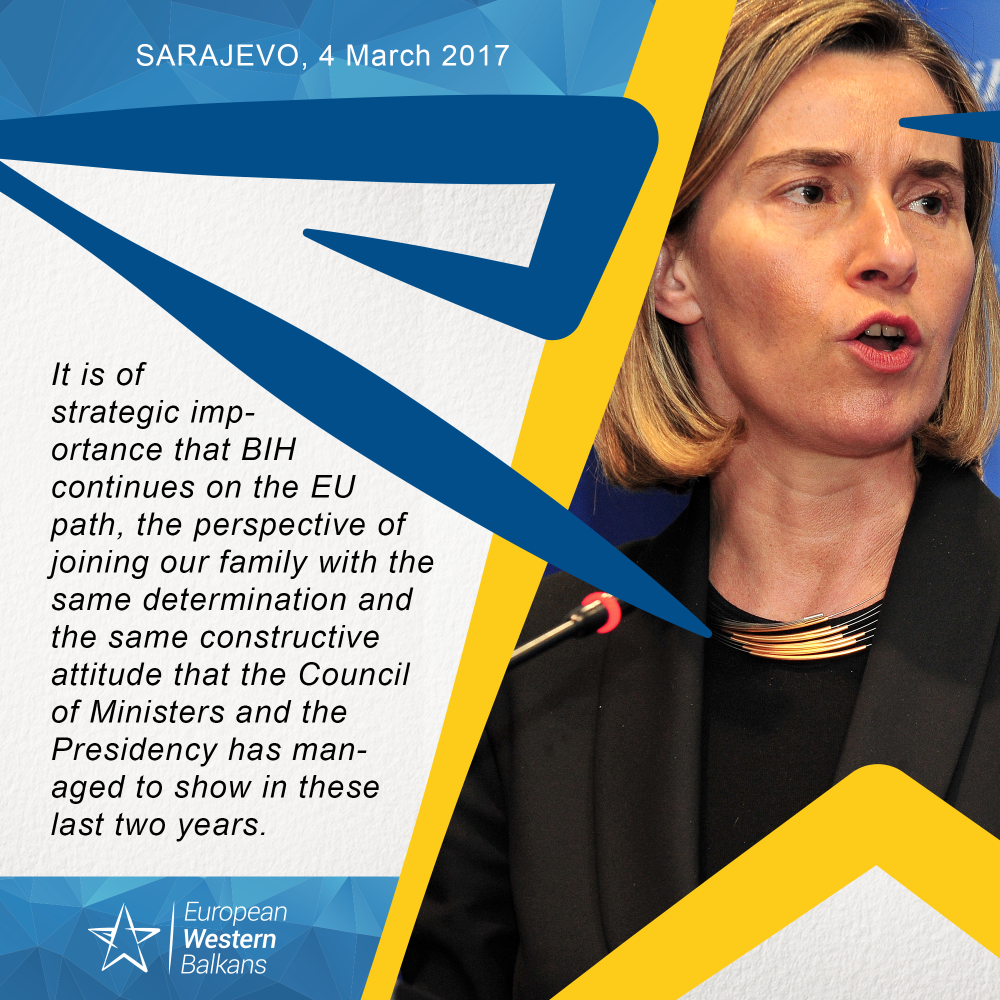 Dimitriev: New elections are only solution for crisis

Zaev to EU Ambassadors: We will cooperate with opposition, president, NGOs