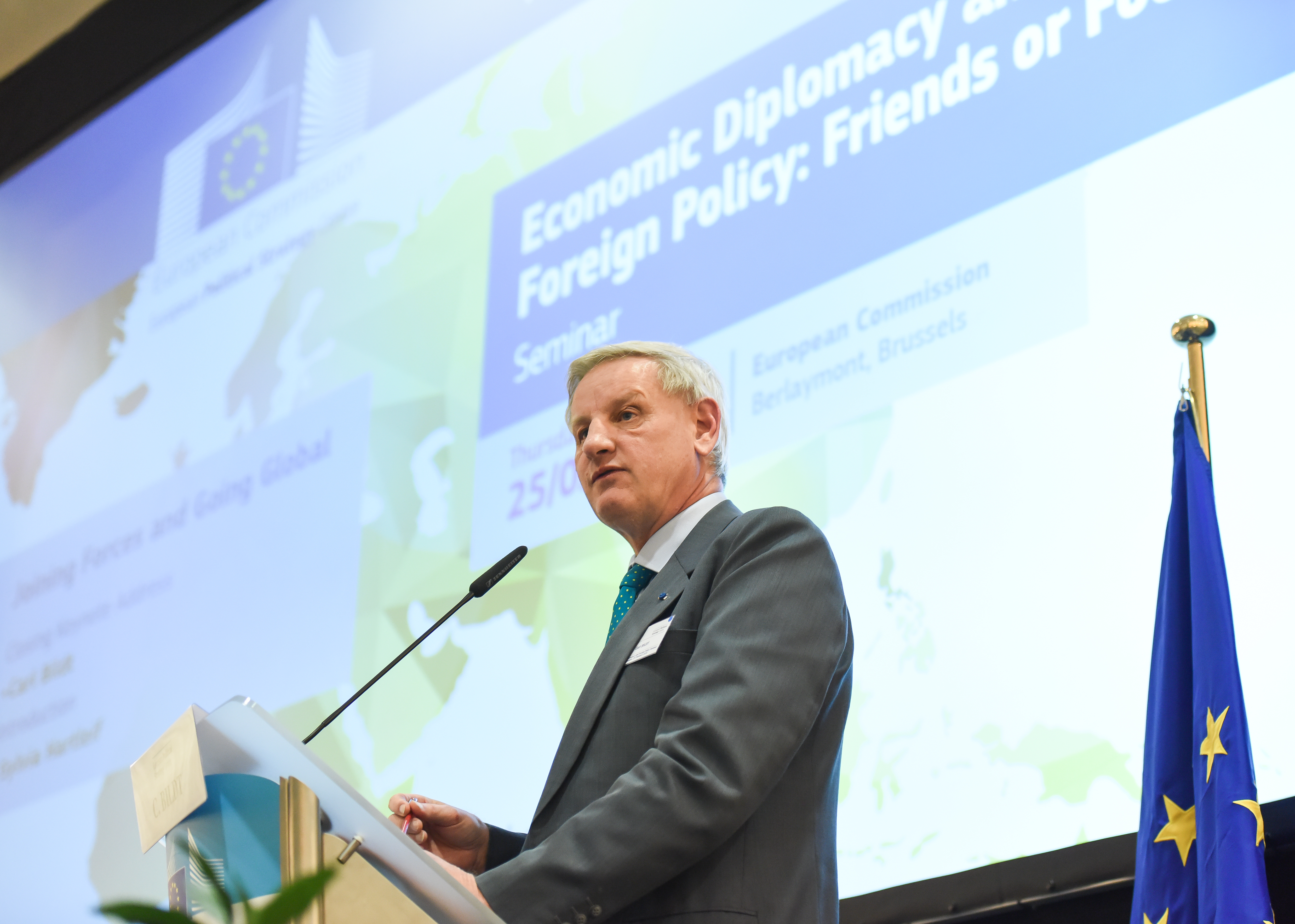 SKOPJE – The former Swedish Minister of Foreign Affairs, Carl Bildt, through his “Twitter” account asked whether the European People’s Party (EPP) will react to the political crisis in Macedonia, sharing an analysis of the political situation in the country, Meta reports.

The Macedonia ruling party is playing with the fire in an increasingly volatile region. Will @EPP react? https://t.co/WMLhvBJJ2y

Last year, at the EPP’s summit, which was held in October in Maastricht, Netherlands, the leader of VMRO-DPMNE, Nikola Gruevski was not invited, even though the EPP is a sister party of the VMRO-DPMNE, who is a member of the association of European Christian parties.

Only Prime Minister Emil Dimitriev had been invited to Maastricht, however he replied that he would not be able to attend.
Siegfried Mureșan, the spokesperson for the EPP at the time stated that only the highest ranking politicians are invited to the association’s summit, and the invitation does not extend to another.

“The EPP at their own summits invites the highest ranking politicians, who belong to out political family, in the case of Prime Minister Emil Dimitriev. Our invites for such high level meetings is personal and cannot be passed to someone else. Prime Minister Dimitriev apologized that he could not attend the meeting due to previous scheduled commitments in his own country and they could not be postponed”, said Muresan.

Luan Rama: Judicial Reform not a matter of petitions but institutional responsibility

Hellbach: Ivanov should be wise and has to allow a swift forming of a government