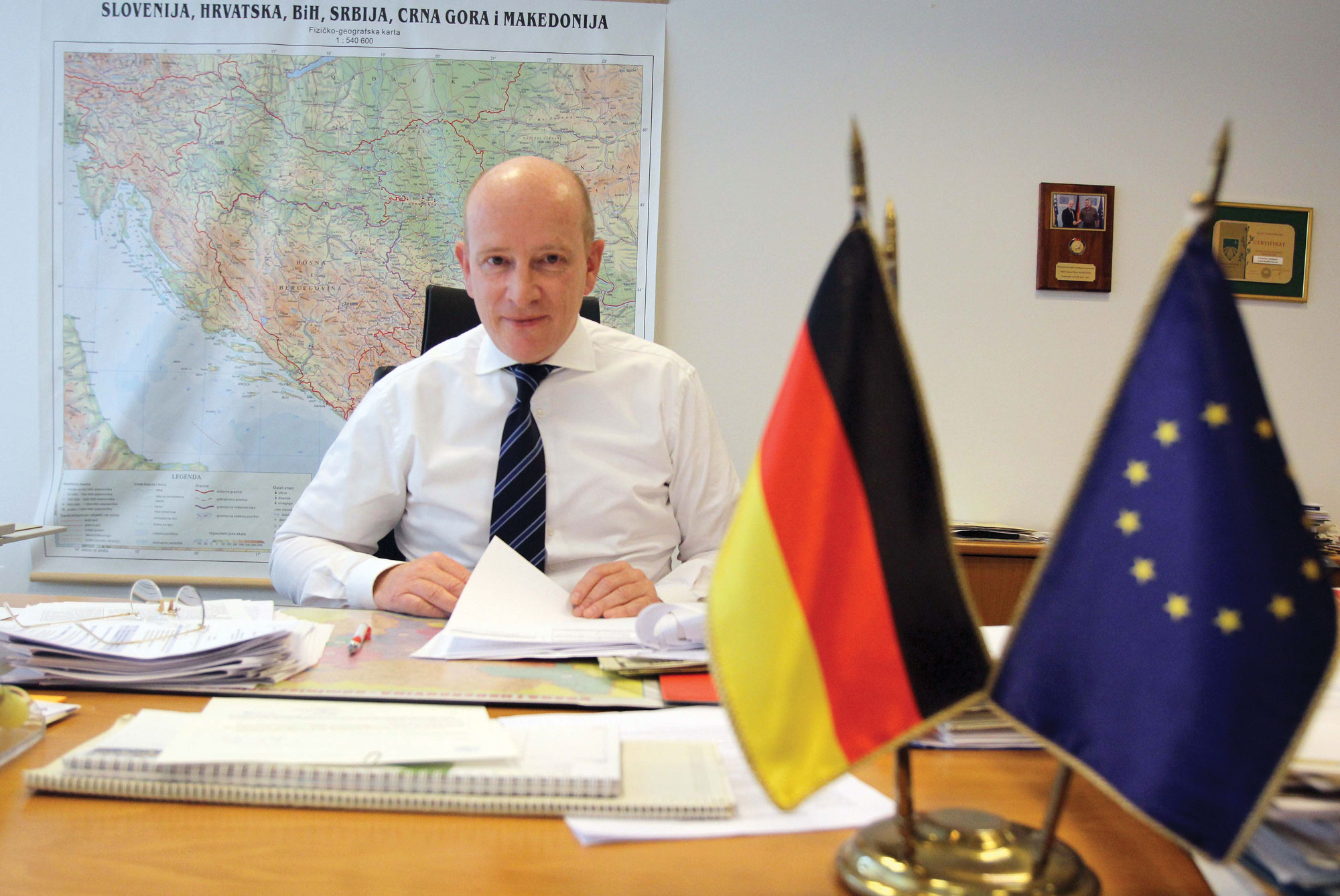 SKOPJE – The special emissary of the Ministry of Foreign Affairs of Germany for Southeastern Europe, Turkey and the EFTA countries, Christian Hellbach, after the meeting with president Gjorge Ivanov, the chief of the Macedonian diplomacy, Nikola Poposki, and the leaders of the political parties in Macedonia, said that it is necessary for a government to be formed quickly that will be devoted to the implementation of the reformatory priorities, Meta reports.

Hellbach said that the attitude of Germany is in accordance with the statements that EU Commissioner Johannes Hahn and the High Representative of the European Union for Foreign Affairs and Security Policy, Federica Mogherini.

-For this to become possible (NATO and EU integrations), the reform process is essential. The people need jobs, social security, rule of law and effective measures against corruption – said Hellbach and called on the parties to refrain from raising issues that are not related to these priorities.

Hellbach stressed that the Parliament has to be able to do its job, and for that to happen it is necessary that a government must be formed.

-We are confident that the President will respect the results from recent elections and allow the majority in the Parliament to form a government as soon as possible – said Hellbach.

Hellbach called all parties to act responsibly in order to avoid potential tensions.

-We note with concern the negative rhetorics towards civil society organizations and the international community and call upon all parties to refrain from such language – said the German diplomat.
Hellbach stressed that it is especially important for the Special Public Prosecution to continue with its work in cooperation with independent and credible judicial support.

When asked by a journalist whether he sees anything problematic in the Albanian platform, he decisively replied “No.”