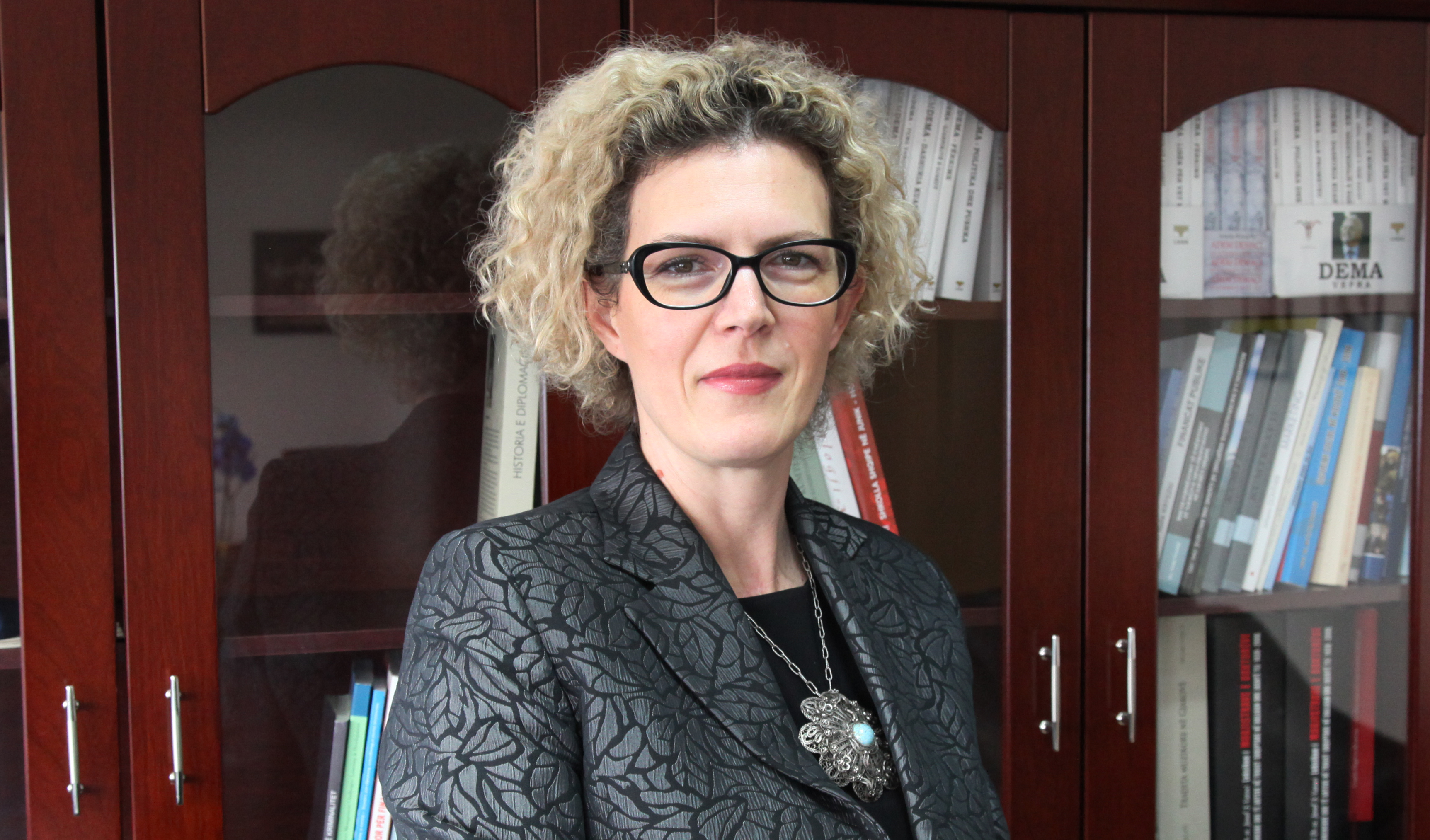 PRISTINA – Ms. Mimoza Ahmetaj was appointed as the Minister of European Integration of Kosovo on the 14 February. Before she took the post of the minister, she served as Ambassador of Kosovo to Slovenia. European Western Balkans talked to her about her new possition.

European Western Balkans: First of all, congratulations for the new position in one of the key Ministries within the Republic of Kosovo. Was it an easy decision to make, whether to accept this post or not, considering the fact that political parties are already discussing about new elections in Kosovo? Do you consider that the fact that Ministry of EU Integration has been left for a long time without minister had a negative impact on Kosovo’s integration process?

Mimoza Ahmetaj: The decision to accept this task was as any other decision and obligation that I have undertaken in the past in order to serve to my country and to perform my institutional obligation with honesty, responsibility and accountability. At that moment that political parties agree for a common platform on how to enter elections, at the same time they decide to enter elections. We have ready in both the political platform as well as in functional aspect to undergo such process, even though there will be less time for us to focus in achieving our objectives and goals. Within regards to the institutional organization, the Ministry of European Integration has established a strong and effective administrative base followed with a continuation of our work and policy-making, therefore my appointment was an added value to speed up the process. Once
again, despite a several month of being without appointment of a minister, the tasks, activities and other set objectives progressed at a right pace.

MA: The signing and entry into force of the SAA was a remarkable momentum. The entry into force of the SAA between Kosovo and the EU has established contractual relations between Kosovo and the EU and has confirmed the integration process of Kosovo to the EU. At the same time, upon the establishment of Stabilisation and Association Council, the Stabilisation and Association Committee, the special subcommittees and Parliamentary Commission for the SAA it has established political relations between Kosovo and the EU in the same level as all other regional countries by. In the context of visa liberalization process, we are in the final stage, however there is left only one more criterion to be met in order to ensure free movement of our citizens. I am confident that border agreement will be ratified in the parliament that Kosovo overcomes this stalemate. Another achievement worth outlining is the Kosovo’s participation to EU programmes, whereby in November 2016 Kosovo and EU has signed the Framework Agreement for Kosovo`s Access to EU programmes. The main challenges in light of integration process of Kosovo are as follows: Public administration reform; Economic reform with the aim of improving the welfare of citizens; Continuation of achievements in the fight against organized crime and corruption;

MA: The entry into force of the SAA marks the first contractual agreement within the integration process of Kosovo. The entry into force of the SAA established a new legal base in relations between Kosovo and EU, as well as a new dialogue between two entities in the international arena. The SAA has recognized the legal and political entity of Kosovo as a party to the European and international arena. Administrative reforms, the strengthening the rule of law, and setting of policies and fulfillment of governmental objectives also contribute to a proper implementation of the SAA.

EWB: Kosovo is the only country in the region without visa liberalisation. The EU has clearly set the conditions which Kosovo needs to fulfill in order to receive the recommendation for visa liberalisation. How long do you think that Kosovo citizens should wait for it? What are you going to do in this regard?

MA: I consider that that we are making the final step towards visa liberalization process. The visa process was launched in 2012. Four official visa assessments missions have taken place in order to measure whether criterion, embedded in the roadmap for visa
liberalization, are met, and now the only remaining one is the ratification of demarcation agreement between Kosovo and Montenegro. What we need to do now is to ratify the agreement in the Parliament. Following the fulfillment of this criterion, the EU institutions will proceed further with their internal procedures in order to ensure the free movement for citizens of Kosovo.

EWB: How would you assess the dialogue between Kosovo and Serbia? Do you believe that it will have a positive impact on Kosovo’s goals on the EU membership?

MA: Good neighborly relations are the essential criterion in the framework of the European integration process. In this regard, Kosovo has always led a foreign policy based on the principles of regional friendship and cooperation with all the countries in our region. Kosovo since very beginning proved to be a trusted party for dialogue for the normalization, and extremely constructive party. We consider that all the disagreements between the Western Balkan countries should be resolved through dialogue.

EWB: What is your vision of the Western Balkan countries and the EU? How would you assess the progress and challenges of the region in the EU integration process?

MA: The Western Balkans represents the last chain of EU completeness, a region which would give certainty and meaning to goal behind establishment of the European Union, as a political entirety in one hand and economic and social entity on the other hand. The EU may feel overwhelmed by the enlargement process, nevertheless, the countries of the region and EU should never doubt that the only destination is EU. Integration of the Western Balkans in the EU provides political stability for the region, economic development and greater security.

EWB: Dear Ms. Ahmetaj, thank you very much for your time.

Ordanoski: There is only one direction for Balkan countries – west

Germany to recognize June 18 elections in Albania, even without opposition’s participation