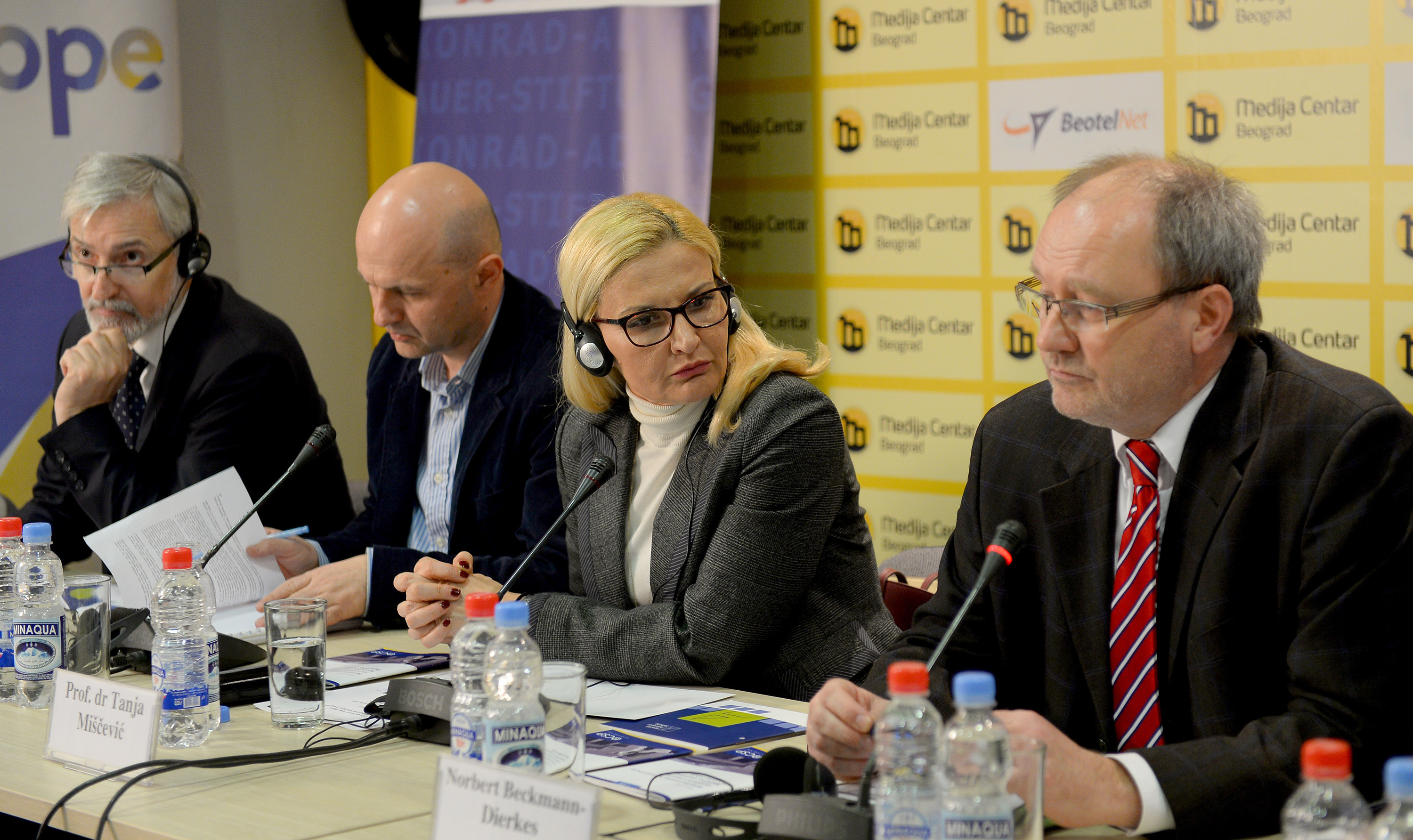 BELGRADE – Serbia has submitted all documentation and information relating to implementation of the action plan for Chapters 23 and 24 in its EU accession talks, and the European Commission will inform all member states of the implementation in May, Serbia’s chief EU negotiator Tanja Miščević said Monday at the panel discussion “Chapter 23: Action plan for the realization of the rights of national minorities and European integration” organized by the Centre for Contemporary Politics, Tanjug reports.
A high percentage of the action plan has been implemented, with two thirds of the measures either implemented or initiated, Miščević told a panel titled Negotiation Chapter 23: Action Plan on National Minorities.

The position and protection of national minorities in Serbia is on a very high level, but there are deficiencies, she said.