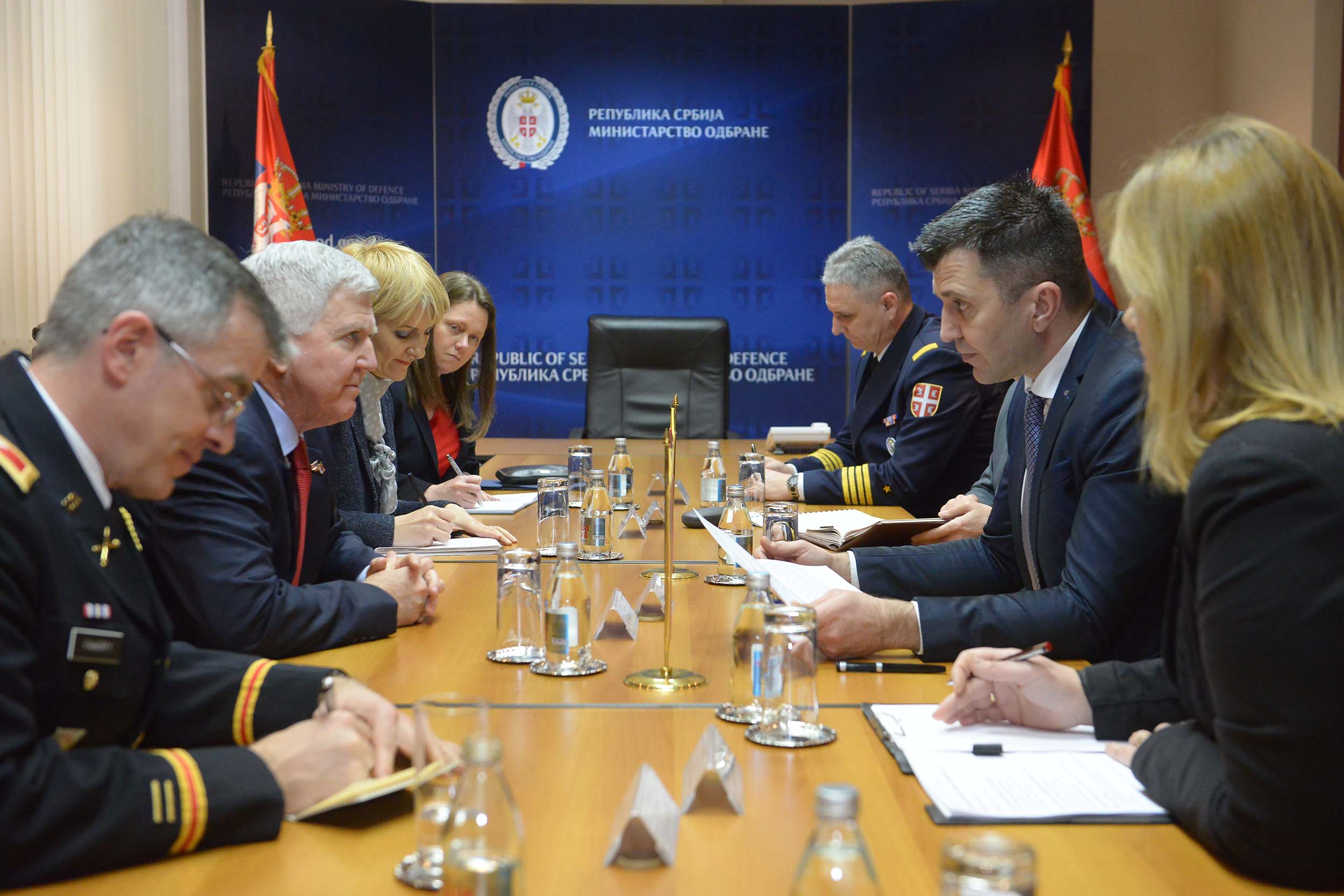 BELGRADE – Serbian Defence Minister Zoran Đordjević and US Ambassador to Serbia Kyle Scott on Tuesday spoke about bilateral defence cooperation ahead of the upcoming ministerial meeting of the Global Coalition against ISIL, to be held in Washington next week, Tanjug reports.
They described as positive the high level of bilateral military cooperation and its impact on overall bilateral relations.

Đorđević and Scott noted the US contribution to modernising and equipping the Serbian Armed Forces through numerous donations.

They also exchanged views on the current political and security situation.

Serbia is continuing to pursue a balanced defence policy, constantly working on enhancing and further developing the relations in this field with all states and international organisations, said Đorđević, who is scheduled to attend the Washington meeting.