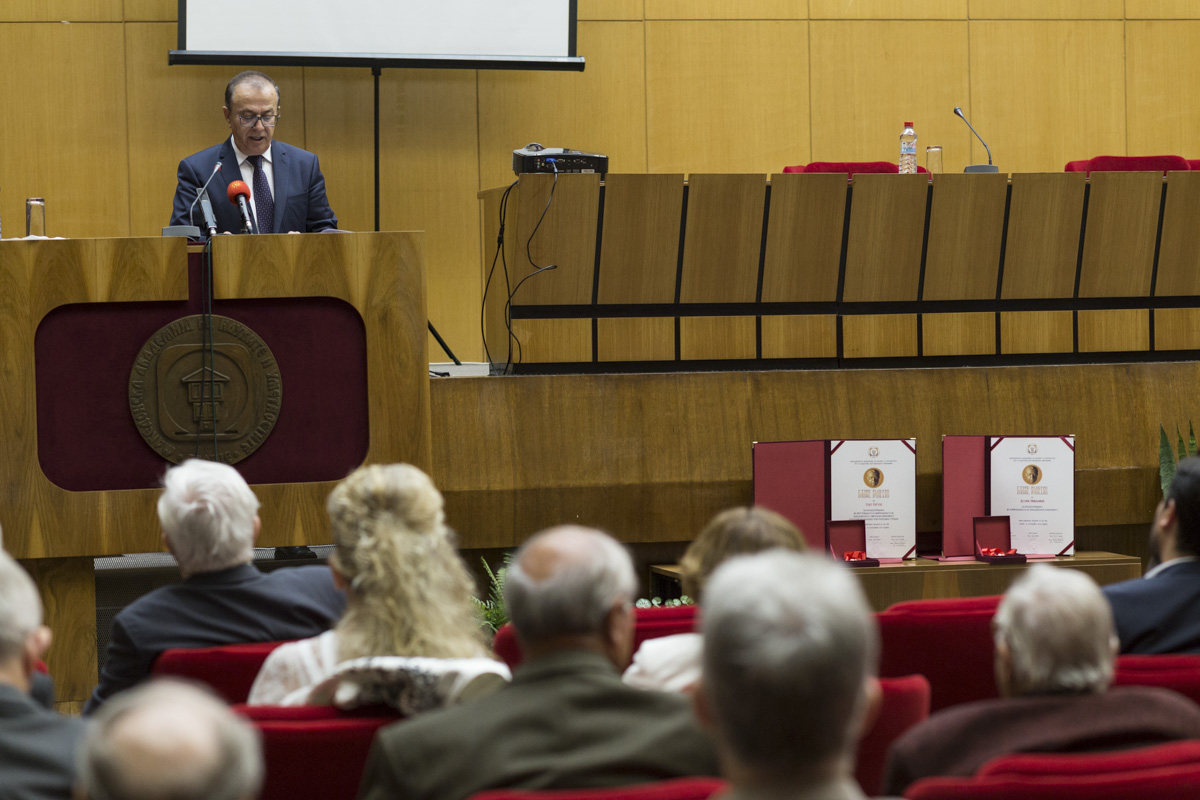 SKOPJE – Members of the Macedonian Academy of Sciences and Arts (MANU) have completely opposite views regarding the political crisis in the country as well as different opinions on current developments and tensions raised by the platform of the Albanian parties, Meta reports.

The president of MANU, Taki Fiti, in his opening speech at today’s 50th Annual Meeting of the Academy, said that the situation is very serious and tense and that the absence of transparency denies experts a chance to declare constitutional relations and the quality of the solutions offered.

“It is necessary that all political parties in Macedonia understand that only a small spark is needed to fuel interethnic clashes. As the highest scientific institution, and in accordance with its statutory defined rights and duties, MANU is ready to take its share of responsibility in overcoming the crisis”, stressed Fiti.

According to academician Mitko Mandzukov, after the announcement of the Albanian platform, it is necessary that MANU “stands up to defend the country.”

“A bilingual state will lead to destruction, as well as the Albanianization and the Islamization of our country and people and institutions including MANU”, said Madzunkov.

Professor and writer, academic Katica Kulavkova, considers that “the requirements for platforms are an attempt to manipulate and are a tool for destabilizing the country in favour of the current government, and not to protect the rights of the Albanians.”

“I believe that this is manipulation and I doubt that they themselves created the platform to maintain power and to receive amnesty for all their offenses. I support the proposal to withdraw all platforms, from the Albanian block and the current government which is dying, but does not want to accept it”, emphasized Kulavkova.

Historian and academician, Ivan Katardzhiev, noted that today’s meeting of MANU “should not be turned into a political assembly for a problem which this institution is not ready for.”