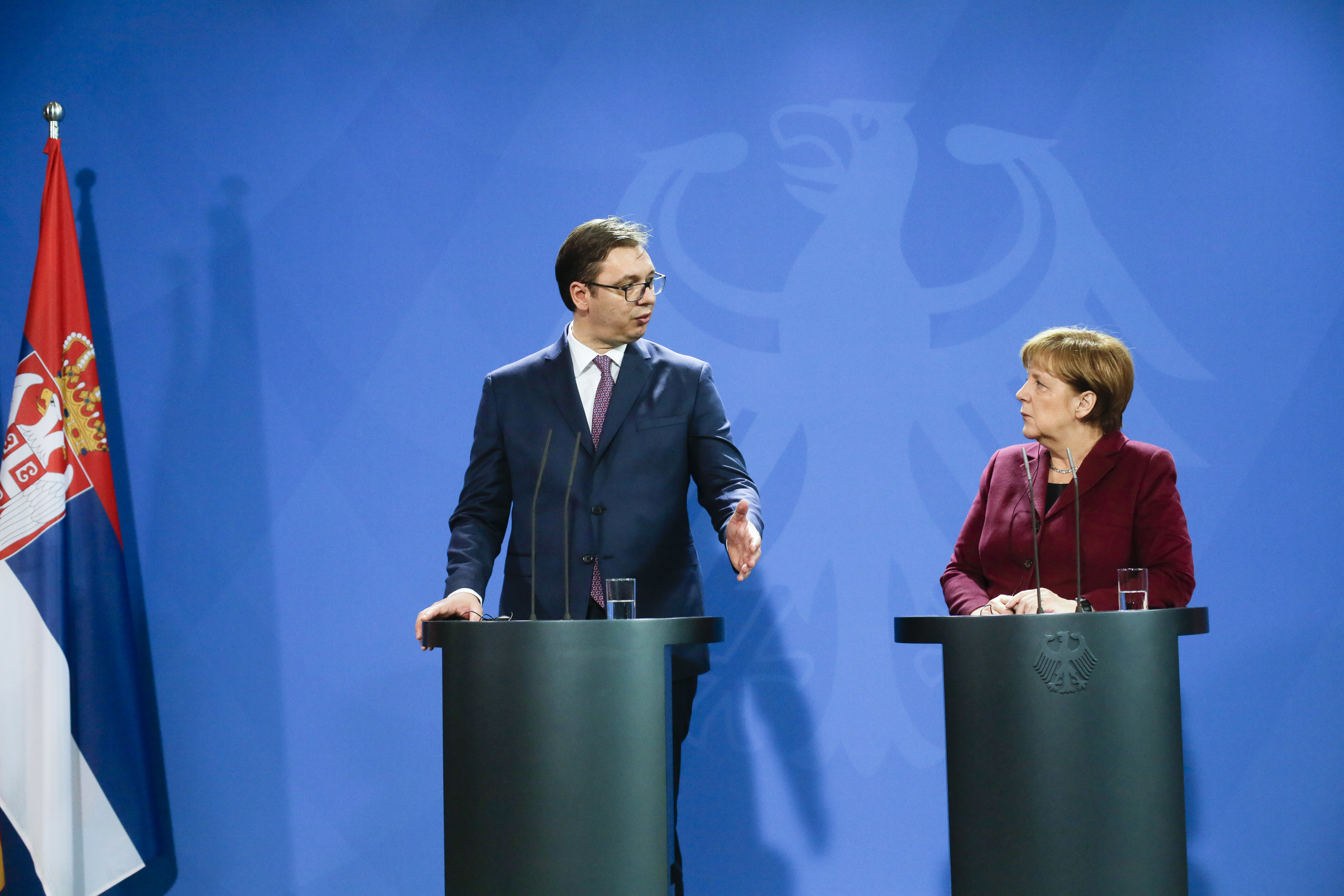 BERLIN – Serbia has invested much in maintaining peace and stability in the region, Serbian PM Aleksandar Vučić noted Tuesday at a press conference with German Chancellor Angela Merkel, Tanjug reports.

The situation in some Western Balkan countries is turbulent, Vučić said, expressing the confidence that peace and stability could be preserved with assistance from the EU and Germany.

Vučić said he saw the entire Western Balkans as a place of significant future growth, adding that Serbia was on the right track economically.

We appreciate the fact that Angela Merkel values our work and efforts, as well as the message that we still have much more to do, Vučić said.

Merkel is right when she speaks about this, in particular when it comes to rule of law and judicial efficiency, and that is where we expect major assistance and support from both Germany and the EU, Vučić said.

German Chancellor Angela Merkel on Tuesday praised Serbian PM Aleksandar Vučić for the reforms he has carried out in his country and for ensuring economic improvement, and added that Serbia met EU standards, as indicated by the opening of new chapters in its EU accession talks.

Serbia and Germany are countries that have friendly ties – 400,000 Serbs live in Germany, which is among Serbia’s main trade partners, with a trade volume of slightly below 4 bln euros and investments of 1.3 bln euros, she said.

Today, we can say that 370 companies with German capital employ 25,000 Serbian citizens in Serbia, Merkel said at a press conference in Berlin before a meeting with Vučić.

Macedonian academicians disagree with each other over political crisis