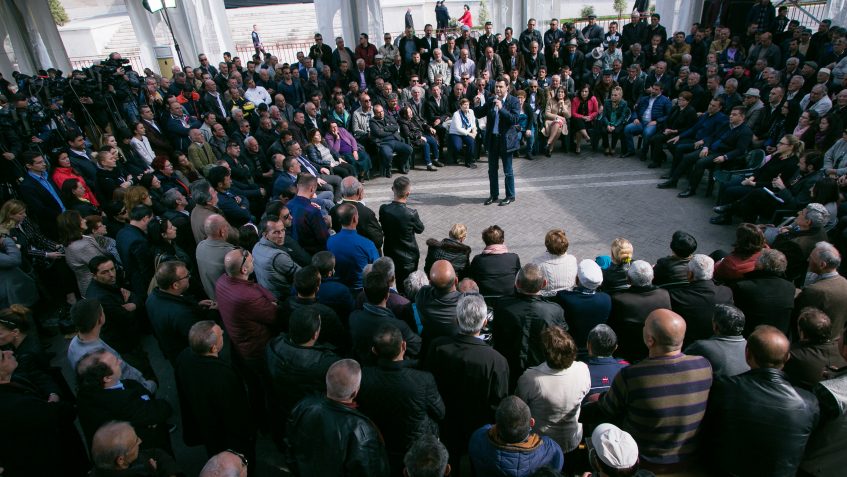 TIRANA – The opposition’s protest continues in the tent in front of the Prime Minister’s office since 18 February. The Democratic Party leader, Lulzim Basha said that nothing is the same after the people’s glorious movement on 18 February by seizing their own destiny, ATA reports.

DP’s leader Basha accused the government as being bogus representing the interest of a small group of people.

“The 26th day of the historical resistance of this popular movement gathered us to uncover realities in Albania. Remarkable professors, architects, engineers recalled the facade phenomenon. Facade was the name of the government. The ugly truth faced by Albanians,” said Basha.

According to him, the facade is not merely a lie mechanism against Albanian people but it is an embezzlement facade of the old Republic.

Merkel has urged Trump to get more involved in Balkans-daily

RCC Board met in Sarajevo today

Hahn to send group of independent experts to Macedonia