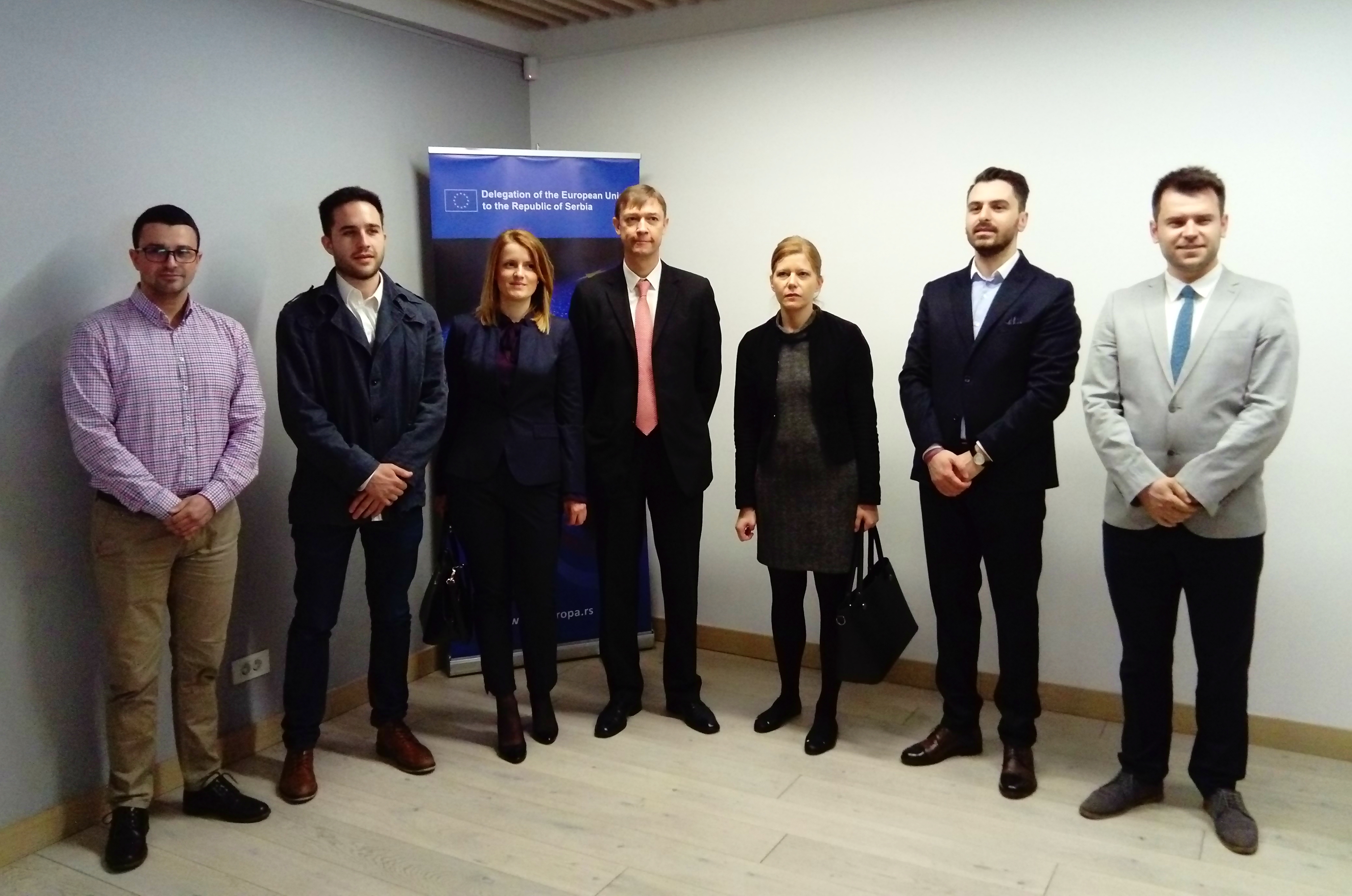 BELGRADE – A two-week exchange programme “EU Scheme for young professionals in the Western Balkans” has come to an end. At the farewell cocktail on Thursday, which was held at the EU Info Centre, participants were greeted by Oskar Benedikt, deputy Head of EU Delegation to Serbia.

Five qualified civil servants from Western Balkans had the opportunity to participate in this exchange programme which included a series of meetings with the Ministry of Finance and other relevant institutions as well as doing some group work. The project is funded by the European Commission and implemented by the British Council.

Out of the group of 30 young professionals who participated in this project, five of them – Dijana Dedić, Helios Reveli, Danilo Smolović, Muhamed Latifi and Martin Noveski were assigned to the Serbia group, doing research on the topic of “Budgetary procedures towards efficiency”.

At the farewell cocktail on Thursday, which was held at the EU Info Centre, participants were greeted by Oscar Benedict, deputy Head of EU Delegation to Serbia.

Benedict expressed his hope that participants learnt something useful and that they would have the opportunity to implement this knowledge in their home countries.

“One of the main aims is to create better synergies, where people can get to know each other, and some of the participants might even become ministers of Directorate General later, and they will know each other, which is good”, he explained.

“We are very happy to be hosting the colleagues from the civil servant’s community all over the region and to host them here in Belgrade for two weeks”, she said. Milenković also explained that the main goal is connecting civil servants from the Western Balkans region.

“This program had two parts – first was the training course at the School of Public Affairs at Sciences Po in Paris in October and the second part was regional, where participants did internships in governmental institutions on a special topic”, she said.

The next steps for the project participants, who come from ministries of finance, European integration, or prime ministers’ offices, will be to write a group paper which they will present at a conference in May.