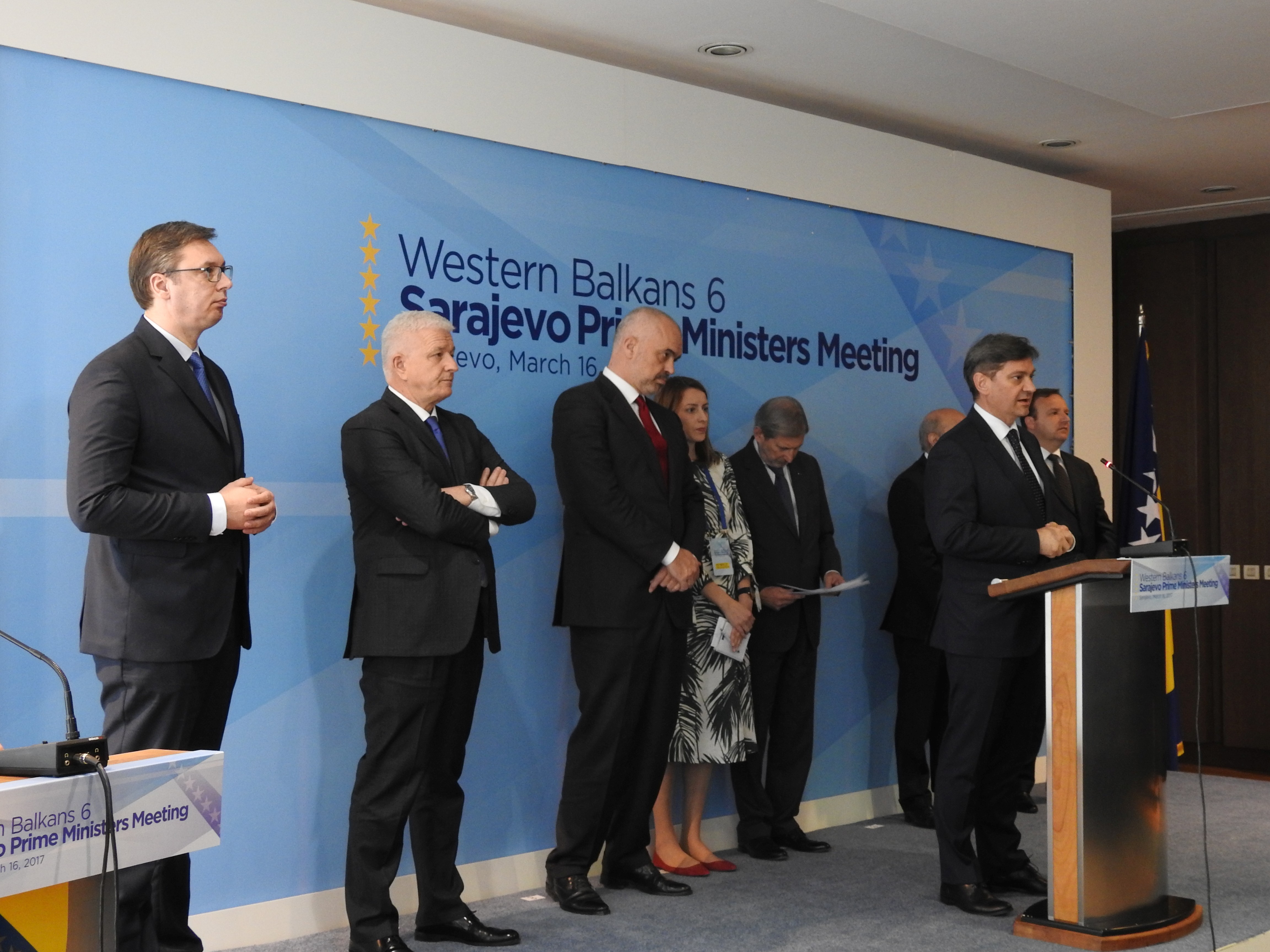 At opening speech on today’s meeting of Western Balkan PMs in Sarajevo, the host Chairman of Council of Ministers Denis Zvizdić saying that the political dialogue is improved. Moreover, he added that the relations of states in the region and the EU are reaching a high level and the cooperation is expanding. From the perspective of BiH, the process of European integration has been very successful in 2016.

“We have witnessed many important milestones on the path of BiH towards the EU membership, namely the submission of the application for membership in February, after which the General Affairs Council discussed our request in September and decided to initiate the procedure provided for in Article 49 of the Treaty on European Union” said Zvizdić.

Commissioner for Enlargement of the European Union Johannes Hahn emphasized that this is the first time that premieres of the Western Balkans gathered pursuing a mutual aim.

“I wish the European perspective is a little clearer. We should encourage competition, higher degree of innovation, increased level of trade among member countries, increase production and employment” said Prime Minister of Serbia Vučić.

“Do we know and believe in the EU perspective? We all do hope, but do we know the outcome? We are constantly moving deadlines. In Serbia, no one mentions dates anymore. It seems to me that it is the same on many other places in the Western Balkans”, he added.

“In the context of the initiatives that we have presented today at the Summit, earlier we were skeptical, but now I think we will ensure new 80,000 jobs in the region in the coming period“, said Hahn.

The aim of the Summit is to bring the countries of the Western Balkans to the European Union and talk about the regional projects related to transport and energy infrastructure, as well as cooperation in the fields of youth and education.

Summit was attended by the EU Commissioner for Enlargement and Neighborhood Policy Johannes Hahn, premieres of the Republic of Serbia, Montenegro, Macedonia and Kosovo, and the representative of the Government of Italy, the host country of the Summit of the Western Balkans which is to be held in Trieste in July this year.