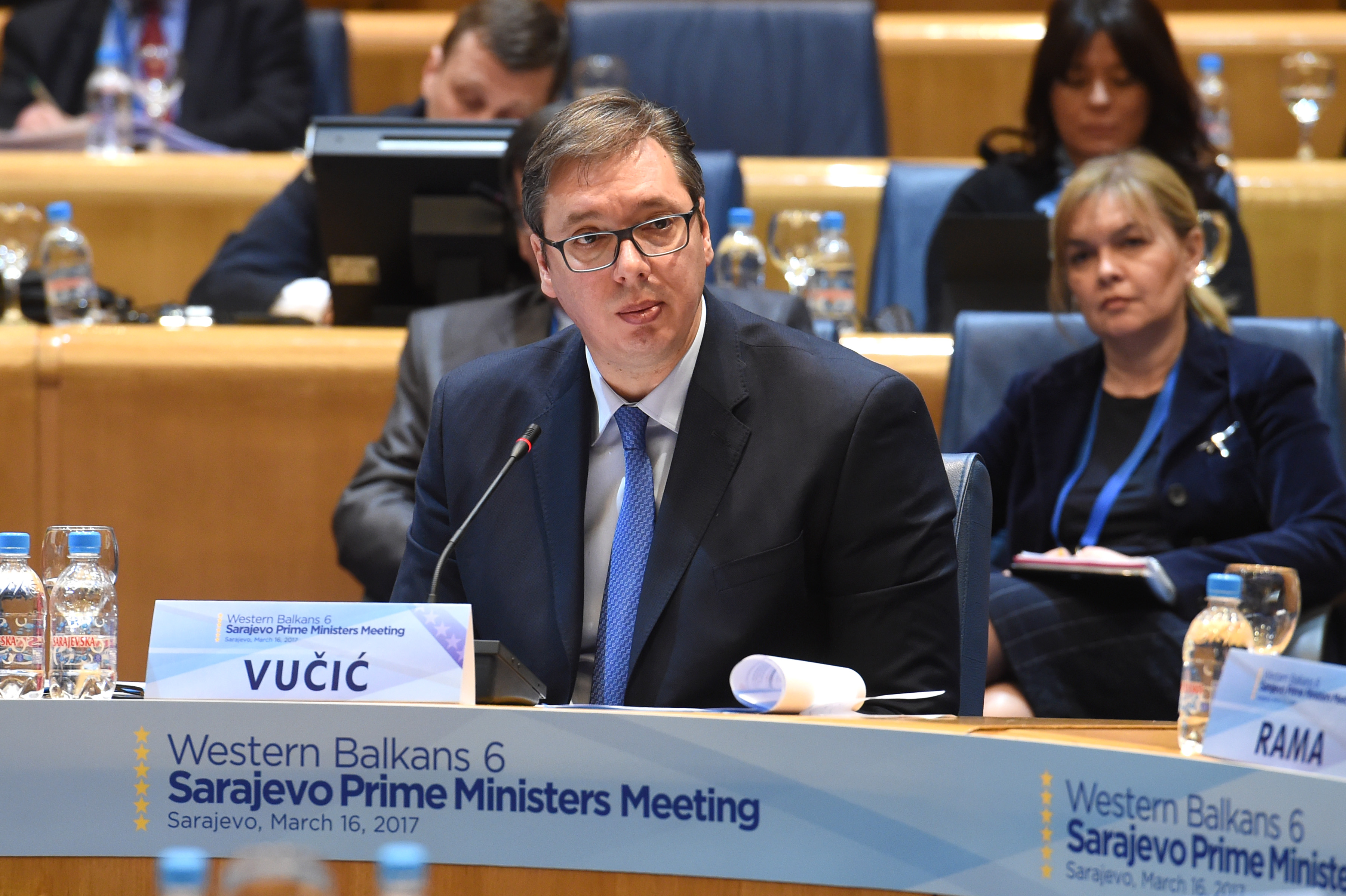 Aleksandar Vučić at the meeting in Sarajevo; Photo: Tanjug/Dragan Kujundzic

SARAJEVO – It is good the Western Balkan PMs will adopt another declaration at the Sarajevo summit, but I am afraid the quarrels and conflicts will restart afterwards, Serbian PM Aleksandar Vučić said at the event Thursday, asking the hosts not to refer to all participants as states as he was not doing that either, Tanjug reports.
Vučić said this after Isa Mustafa had been introduced as an official of a state of Kosovo, even though Kosovo’s flag or symbols were nowhere on display.

Vučić said their relationship was good at conferences because the economy was the topic.

Once such conferences end, the talk about politics only begins, “or we do not talk at all,” he said.

All of us in the region believe in the EU perspective and we are hopeful, but in Serbia, and apparently elsewhere, too, no one is mentioning dates any more – I wish the perspective was somewhat clearer, he said.

EP plenary to discuss resolutions on Montenegro and Macedonia