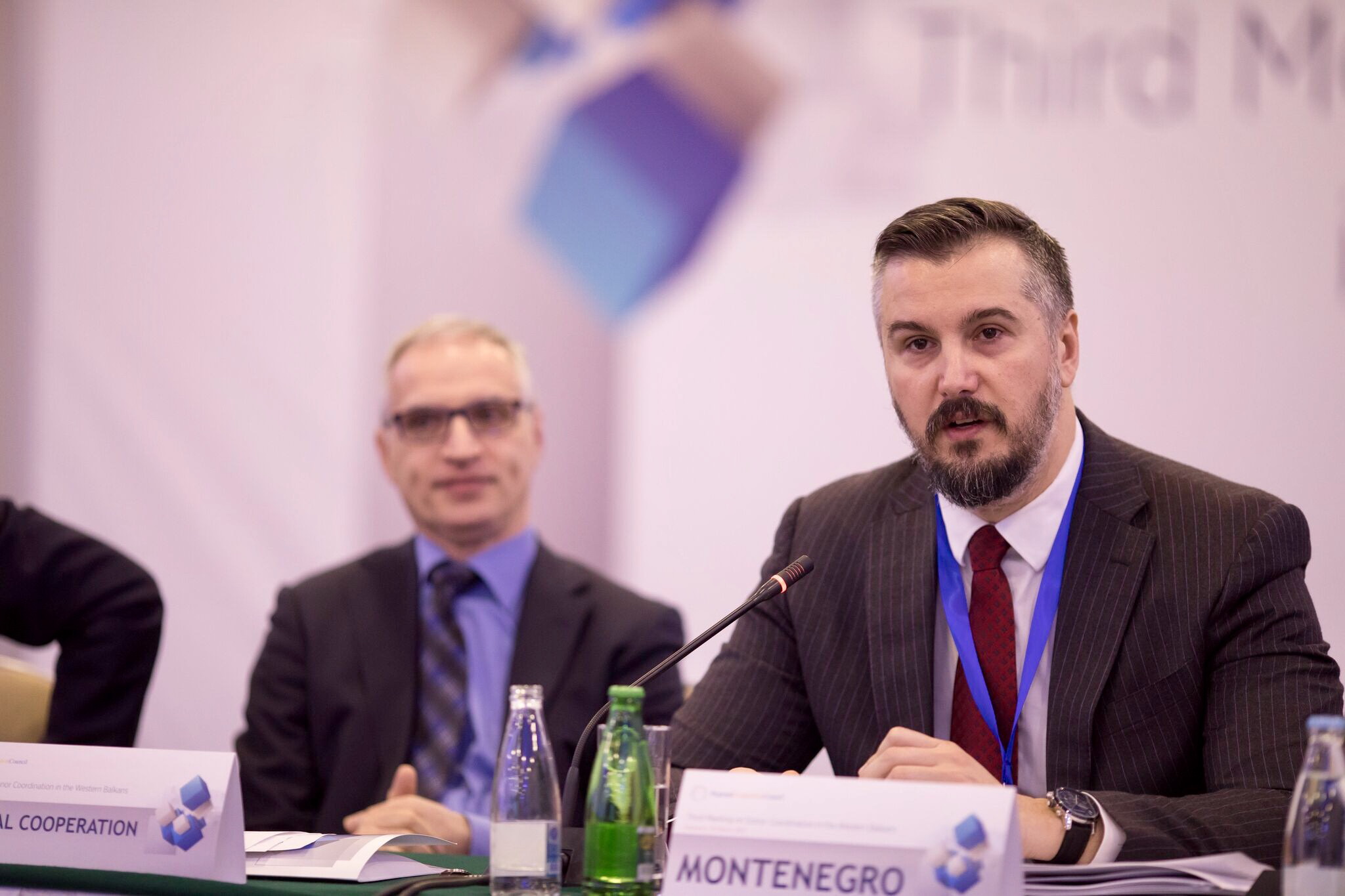 SARAJEVO – Montenegrin Minister of European Affairs Aleksandar Andrija Pejović paid a two-day visit to Sarajevo, where he participated in the third Conference on SEE2020 Strategy Donor Coordination organised by the Regional Cooperation Council and at the Panel Challenges of Enlargement and Regional Cooperation, which was organised at the Faculty of Political Sciences, the Ministry said in a press release.

At the Conference on SEE2020 Strategy Donor Coordination, the importance of compliance of various sources of financing development projects in the Western Balkans and Southeast Europe was emphasised. Secretary General of the Regional Cooperation Council Goran Svilanović noted that coordinated action is essential for the further promotion of regional cooperation. He particularly emphasised the importance of economic development for the intensification of the process of European integration as a key strategic commitment of the countries of the region.

Opening the panel titled Economic development: Needs and Priorities in the Region, Minister Pejović stressed the need to direct all available donor funds in the region to the investments, in order to more effectively boost the economic growth and development. He pointed out that the overall regional cooperation in this area should be part of the process of European integration, which is impossible without strong economic cooperation at all levels. “Only an open and constructive economic cooperation, with the support of the EU as the largest donor in the region, as well as other donors, can contribute to creating new jobs, improving living standards and the genuine integration of the region into the EU,” the Minister said.

The important topics for further economic development of the region were considered under the panel, especially the Initiative of the European Investment Bank focused on enhancing the adaptability of the economies of countries in the region, EU support in the framework of the Berlin process and Connectivity Agenda, improving education, employment and cooperation in the field of digital society.

Speaking at the panel Challenges of Enlargement and Regional Cooperation, which was organised at the Faculty of Political Sciences in Sarajevo, Minister Pejović stressed the importance of sharing knowledge and experiences from the accession process, adding that the Agreement on cooperation between the Government of Montenegro and the Council of Ministers of Bosnia and Herzegovina in the process of accession to the EU represents an excellent platform to discuss topics of common interest, such as the rule of law, environmental protection, the use of European funds and others.

In the context of cross-border cooperation and regional projects within the framework of the Berlin Process, Montenegro and Bosnia and Herzegovina implemented valuable projects so far, that have contributed to improvement in the work of institutions and organisations and the quality of people’s life, as he recalled. In this respect, he particularly emphasised the importance of using 8.4 million Euros of the EU grant support, which are available below programme Bosnia and Herzegovina-Montenegro 2014-2020.

Montenegro accession to NATO: It is McConnell’s move