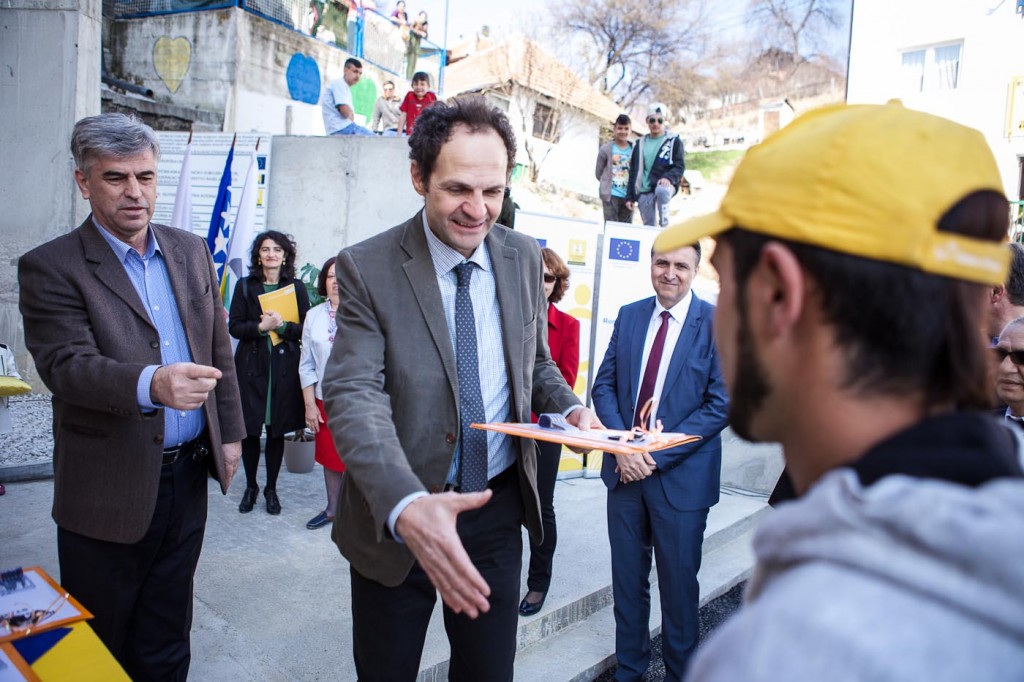 KAKANJ – Keys of eight housing units constructed within the EU-funded project “Roma Action II” were handed over to Roma families in Varda settlement in Kakanj on 17th March. The project aims at supporting the implementation of the revised Roma Action Plans in BiH 2013-2016 by improving living conditions and social inclusion of the marginalised Roma population with a proactive involvement of the local authorities at all levels and other local stakeholders, EU Delegation to BiH reports.

Massimo Mina, Head of Operations Section for Social Development, Civil Society and Cross Border Co-operation at the EU Delegation to BiH commended the successful and efficient completion of the housing units. “Seven months ago we were laying the foundation stone at this location, and it is my great pleasure to be here today and see these concrete results, the new homes for Roma families as well as the new access road and the children playground”, Mina said.

Mina also underlined the importance of Roma inclusion in the society. “Although, the housing issue is one of the greatest priorities, it is necessary to take other measures in order to improve the situation of the Roma population, including education, health protection and employment which this Roma Action project addresses through its integrated approach”.

Nermin Mandra, Mayor of Kakanj, used the opportunity to commend all the efforts made during the project together with the understanding of the donors. “A few years ago, we adopted the Regulatory Plan for Varda settlement, but without the generous assistance of BiH institutions and the European Union this all would be useless. Thanks to the donors, we are marking a significant milestone today and Kakanj municipality will continue working on improving living conditions of Roma people”, Mayor Mandra concluded.

One of the beneficiaries Jasmin Alimanović, together with his family, received the keys of their new home, not hiding his delight. ”Since 2014, my family has been waiting to resolve our housing issue. As from today, we will finally have a decent home”, Alimanović said.

The EU provided EUR 2.5 million for the second phase of the project and the local authorities (beneficiary municipalities) are co-funding it in the amount of EUR 327,227. The project is implemented by Hilfswerk Austria International (HWA) in cooperation with Arbeiter Samariter Bund (ASB) and the BiH Association Kali Sara – Roma Information Centre.

Hahn not to meet "For a United Macedonia", no confirmation for meeting Ivanov

Ilazi: Through the SAA, Kosovo is part of the EU membership process as all regional countries