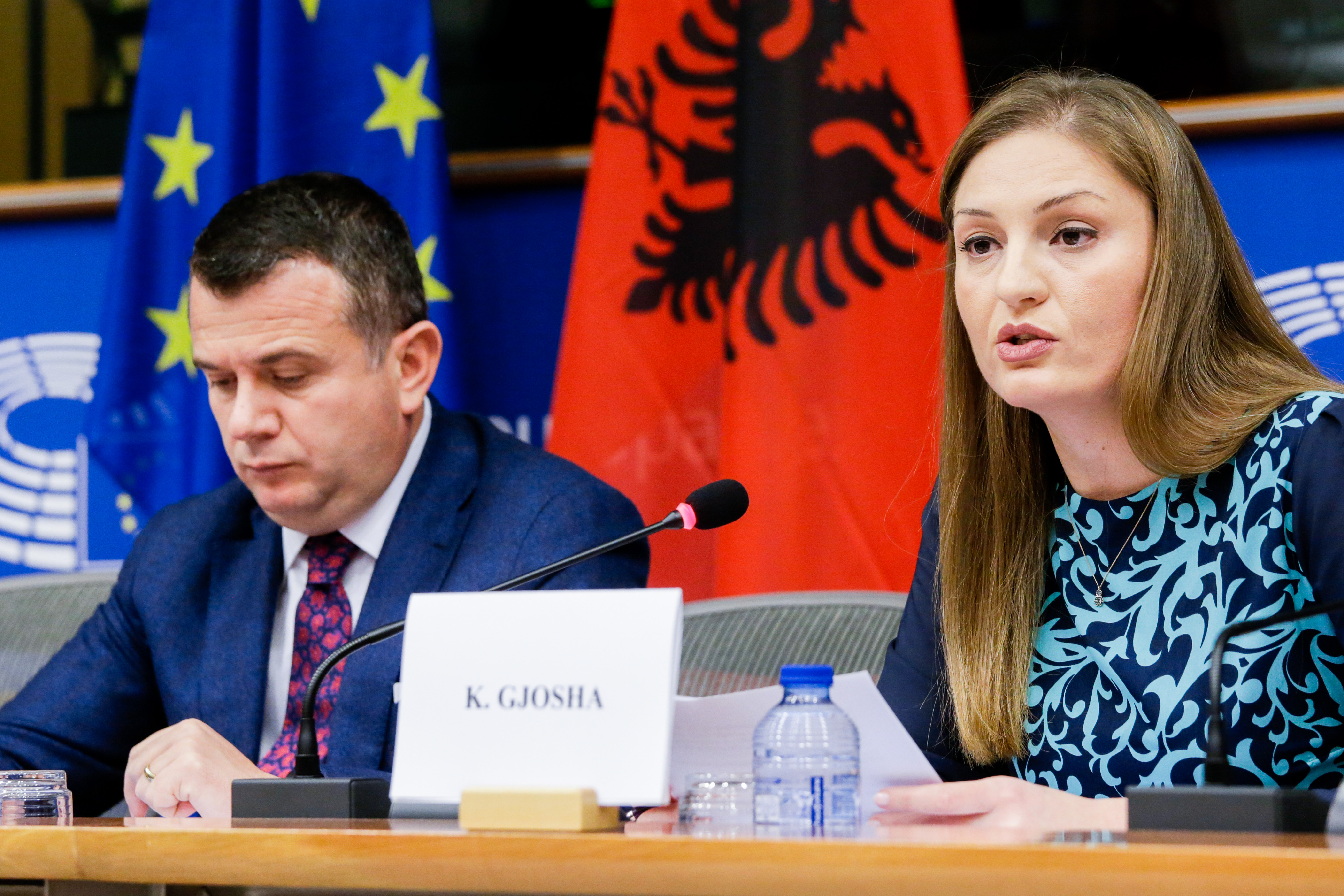 Gjosha and the Estonian government official discussed Albania’s progress and its EU integration process, the European perspective of the Western Balkan countries and challenges facing the EU today.

Gjosha stated that European integration is Albania’s top national priority and reaffirmed government commitment to press ahead with the reform agenda in order to speed up the country’s accession to the bloc.

Gjosha underlined that Albania’s European future prevails over any political party agendas, saying that political dialogue was the best mechanism to move the country forward.

“The majority of the Albanian citizens want the country’s integration in the European family,” Gjosha said.

Focusing on justice system reform, the Estonian Deputy Minister for EU Affairs said that swift implementation of the vetting law is a key condition for opening the EU accession talks and called for the commitment of all stakeholders to the process.

Mass inflow of migrants not expected, asylum requests on rise in Serbia

Xharra: Crisis in Macedonia is result of clash between Russia and West

Rama ‘no’ to caretaker government, Democratic Party is seeking power on the table