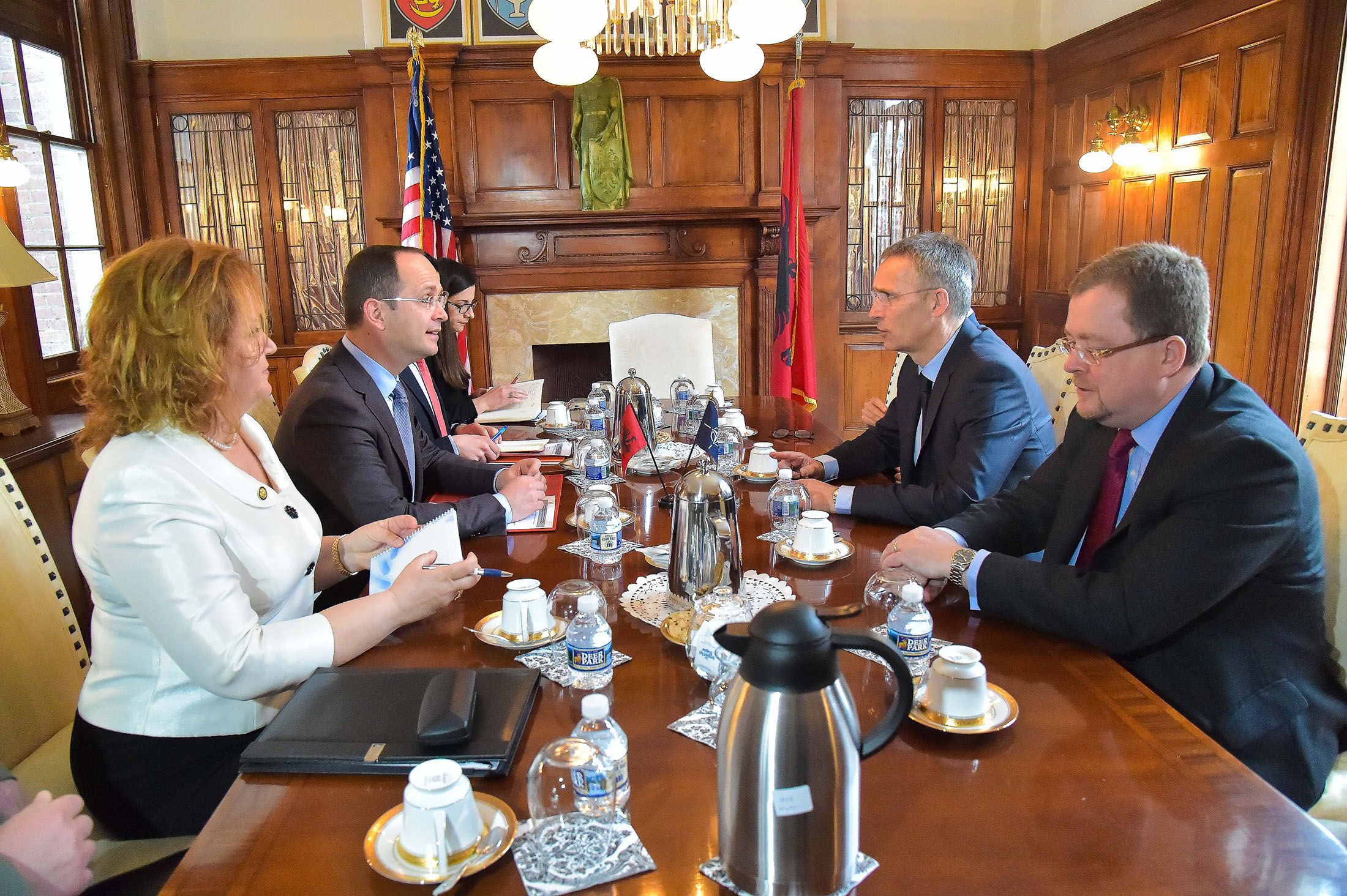 The meeting focused on Albania’s contribution and commitment to the Alliance in response to the threats to NATO’s southern and eastern flank, security situation in the region and ways to co-ordinate positions of the Allied countries ahead of the next meeting of NATO foreign ministers in Brussels in April.

FM Bushati highlighted Albania’s steps towards abiding its commitments during the Warsaw Summit, including readiness to boost budget and military spending.

NATO Secretary General praised Albania’s role in maintaining peace and stability in the region, the country’s added contribution to NATO-led operations and missions, and to the global fight against terrorism and violent extremism.

Talks also focused on the latest developments in the region, including Kosovo-Serbia relations, current situation in Macedonia and completion of Montenegro’s NATO membership process.

Bushati and Stoltenberg also highlighted the need for co-ordinated efforts to consolidate democratic stability and improve security environment in the region as a way to respond to destabilizing factors in the Western Balkans.

In this context, FM Bushati stressed the need to deepen cooperation between the Alliance and the countries in the region, and particularly the need to institutionalize NATO relations with Kosovo, as a way to address the country’s legitimate demands for more security.

The two agreed on the progress of state-consolidating reforms in cooperation with international partners.

Foreign Minister Bushati and NATO Secretary General Stoltenberg are visiting Washington to attend a meeting of the international coalition against ISIS terrorist group.