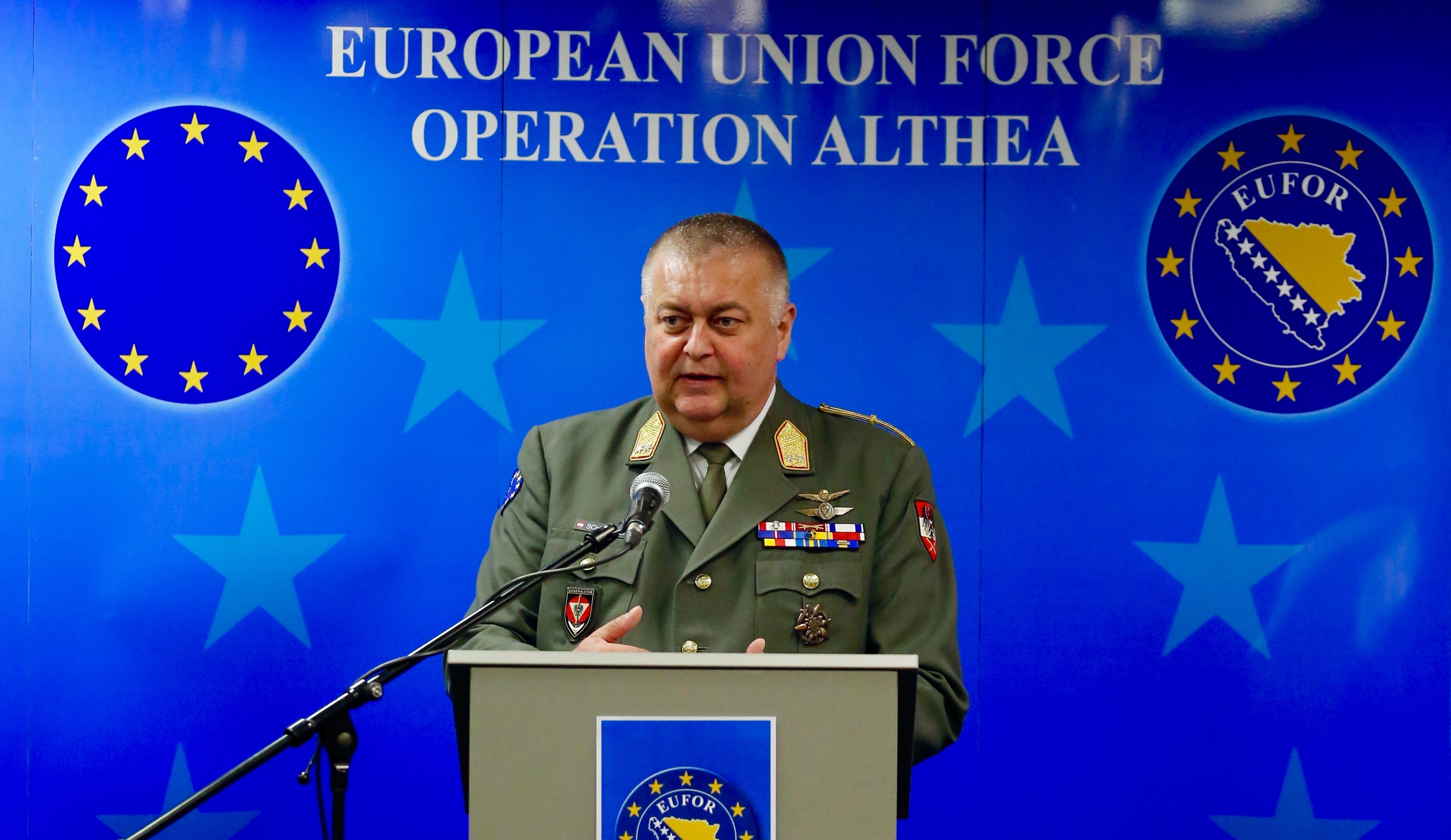 European Western Balkans: You took the office almost a year ago. Meanwhile, SAA with BiH entered into force. Has something changed in BiH during this period? What does that generally mean for BiH and for its security?

Friedrich Schrötter: In 2016, BiH has achieved significant progress on its path towards the European Union, and this was confirmed by the handing over of the European Commission’s Questionnaire to the local authorities. It is important that BiH continues to focus on the EU accession path and gradually adopts EU standards, since these are significant preconditions for the security and stability of the country.

FS: BiH has achieved progress in developing state owned and functional security structures. The coordination between the various security agencies and the clear allocation of tasks, including the role of the AFBiH, is of crucial importance. The AFBiH are increasingly becoming a provider of national defence. Furthermore they already contribute to Peace Support Operations (PSO) and are able to conduct disaster relief for the BiH populace, should the need arise.

EWB: What are your thoughts on nationalistic statements of politicians in the country (both from FBiH and RS)? Do those statements help building a stable, viable, peaceful and multi-ethnic BiH?

FS: Radicalisation in wording and arguments is always counterproductive for the development of the entire country and its population.

EWB: It is more than ten years that EUFOR Althea is in place. What do you think, how long it will stay in BiH and what should be done to end it?

FS: EUFOR will stay as long as the European Union and the UN Security Council considers our military mission required to support the development of BiH.

Several provisions of the General Framework Agreement for Peace or “Dayton Agreement” have been translated into so-called Instructions to the Parties (of the Treaty) in order to allow for local ownership. This is the way ahead, and further progress will significantly depend on how the administrative structures of BiH continue to evolve.

EWB: You will be leaving the COMEUFOR position soon. What are the key security issues in BiH that your successor will have to deal with?

FS: The key issues clearly derive from the UN Security Council mandate, which states that the local authorities have so far proven capable to deal with threats to the safe and secure environment but explicitly defines that EUFOR has to retain the capability to contribute to the Bosnia and Herzegovina authorities’ deterrence capacity if the situation so requires. This means that EUFOR needs to have accurate situational awareness and close cooperation with the Armed Forces of BiH and local Law Enforcement Agencies to prevent and counter a potential degeneration of the security situation: With the AF BiH there is, for example, close cooperation in the field of safe management of Weapons and Ammunition Stockpiles (inventory, safe storage and disposal) and humanitarian demining, which has a direct impact on the improvement of the Safe and Secure Environment; Major events like the remembrance march in SREBRENICA have, for instance, led to close cooperation with the local police forces.

Washington: European and Euro-Atlantic integration of region has no alternative

EP’s report: Macedonia’s press-freedom ranking is at the bottom