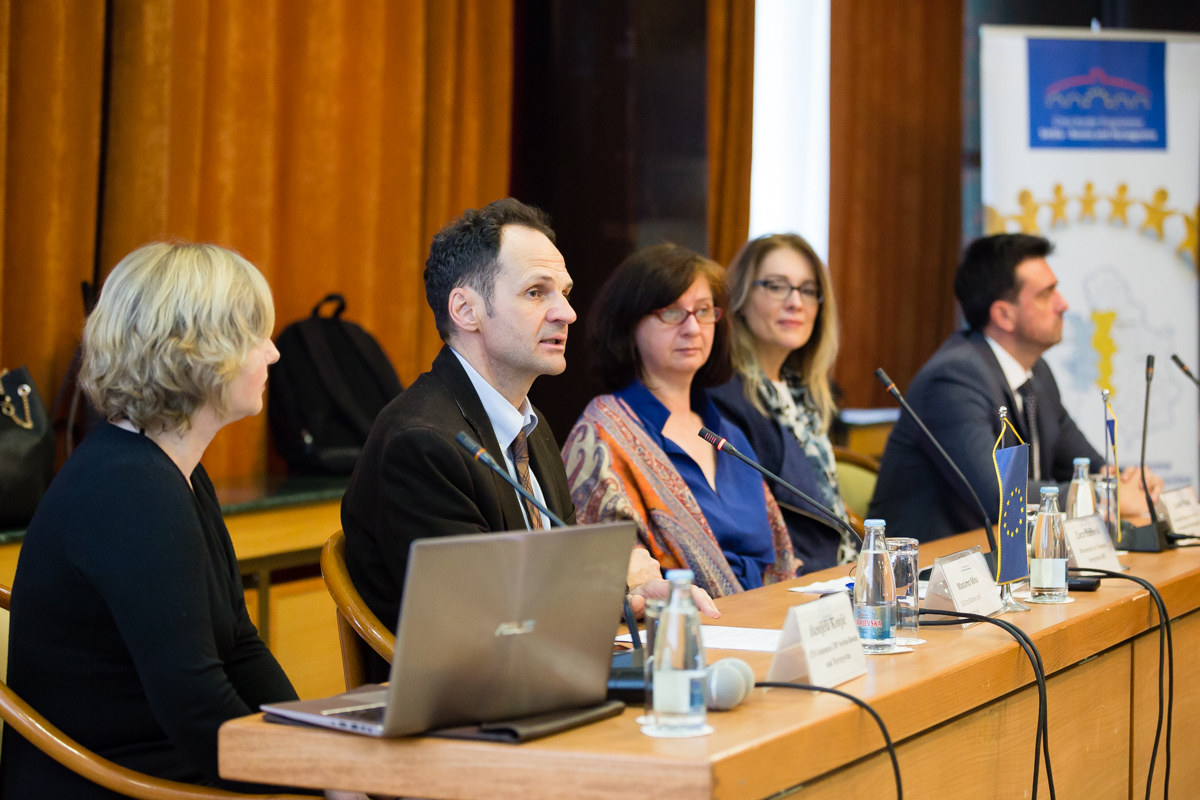 SARAJEVO – The contract award ceremony for the beneficiaries under the Cross-border Cooperation (CBC) Programme Serbia – Bosnia and Herzegovina took place on 22nd March in Sarajevo. The ceremony aimed at presenting the projects awarded under the 3rd Call for Proposals and the results of the CBC Programme Serbia – BiH 2007 – 2013, as well as introducing the new programme for the period 2014 – 2020.

Speaking at the ceremony, Massimo Mina, Head of the Operations Section for Social Development, Civil Society and Cross-Border Cooperation at the EU Delegation to BiH underlined the importance of such cooperation for the border regions. “The CBC Programme between Serbia and BiH is of great importance because it builds partnerships, connects communities from both sides of the border, as well as within the country. Now, the local communities and institutions can use this Programme as a tool to address common challenges and to cooperate in joint projects”, Mina said.

Mina also indicated the Programme’s successful outcomes demonstrated by the level of interest and the number of applications submitted. “One of indications of the Programme’s success is the total number of 255 applications submitted under the three published calls for the value of 60 million euro. Finally, 40 projects, including 2 in the pipeline, and 5 contracts dealing with the strategic documentation development were financed in the amount of 10 million euro. We have received a valuable feedback from our beneficiaries to continue providing support and further invest in capacity building, which can help us improve our selection and implementation procedures”, Mina concluded, adding that the new IPA financial perspective 2014 – 2020 aims at establishing stronger cooperation.

Zara Halilović, Assistant Director at the Directorate for European Integration of Bosnia and Herzegovina, commended the cooperation and dedication of all the parties involved in the Programme. “I would like to use this opportunity to underline that, if it was not for the EU financial contribution, this Programme could not have been successfully implemented, not excluding the participation of all those involved in the Programme, partnerships developed by the applicants from both sides of the border, quality preparation of projects’ applications, and the cooperation between the Operating Structures”, Halilović said.

Sandra Šimić, Assistant Director of the Serbian European Integration Office, noted the key importance of such bilateral cooperation for long-term goals. “In addition to the benefits of the financial assistance under the CBC Programme, it is worth mentioning the long-time partnerships already built and the new ones to come in the future calls, as well as stronger cooperation in resolving common issues”, Šimić noted.

One of the beneficiaries, Bratislav Stojiljković, Project Manager of the ‘Joint Future’ project, noted that the cooperation between the four municipality beneficiaries in the project (Ljubovija, Bratunac, Srebrenica and Krupanj) contributed to the development of the local communities from both sides of the border. “The project has contributed to the sustainable development and prosperity of the local communities by managing their rivers and bringing together their capacities in terms of flood prevention and providing emergency response”, Stojiljković concluded.

The Cross-border Cooperation Programme Serbia-Bosnia and Herzegovina has brought financial support to the border region of the two countries in the value of EUR 12.8 million euro over the 2007-2013 period (7.3 million euro to Serbia, 5.5 million euro to BiH).