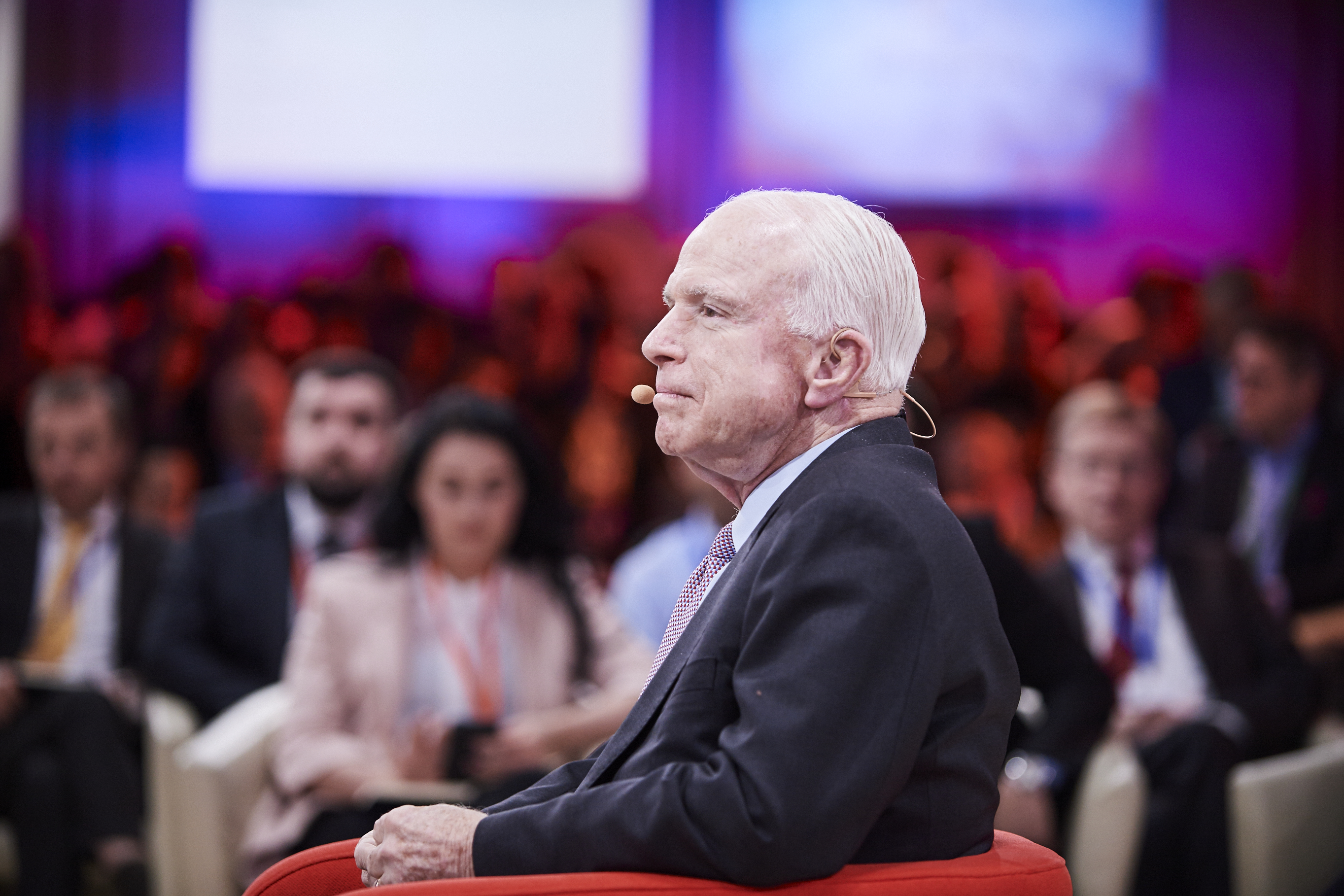 BRUSSELS – On the Brussels Forum of the German Marshall Fund of the United States, we asked John McCain, United States Senator and Chairman of the Senate Committee on Armed Services, about the importance of the accession of Montenegro and the Russian influence in the region.

Asked about his opinion about the importance of the accession of Montenegro into NATO despite its small size and an army of less than 2000 soldiers, senator McCain talked about his meeting with General Scapariotti, the Head of the United States European Command on Thursday.

“I asked him a question about the impact of failure to bring Montenegro into NATO and he said it would be an absolute disaster. He said it is critical that we bring Montenegro in, and the consequences of not doing so could have a ripple effect throughout the region, which is already unstable.”

McCain went on to remind everyone that “in order to become eligible for membership in NATO, you have to go through a very long process so that you can be a contributing member of NATO.” He claimed that he is “very optimistic that we will get this done early next week and move forward.” As he pointed out, “then there will be two other countries among the 28 that have still not ratified Montenegro’s accession into NATO.”

According to McCain, Monteengro is “a small country, but geographically, it is a very interesting place”. He said that he is “very worried about the tensions, the competition and the potential for confrontation in the Balkans”, and he believes that it “requires the attention of the European Union, NATO and all the allies to try confront some of these impending and possibly impending crises.”

The Rome Declaration: Keeping door open to those who want to join