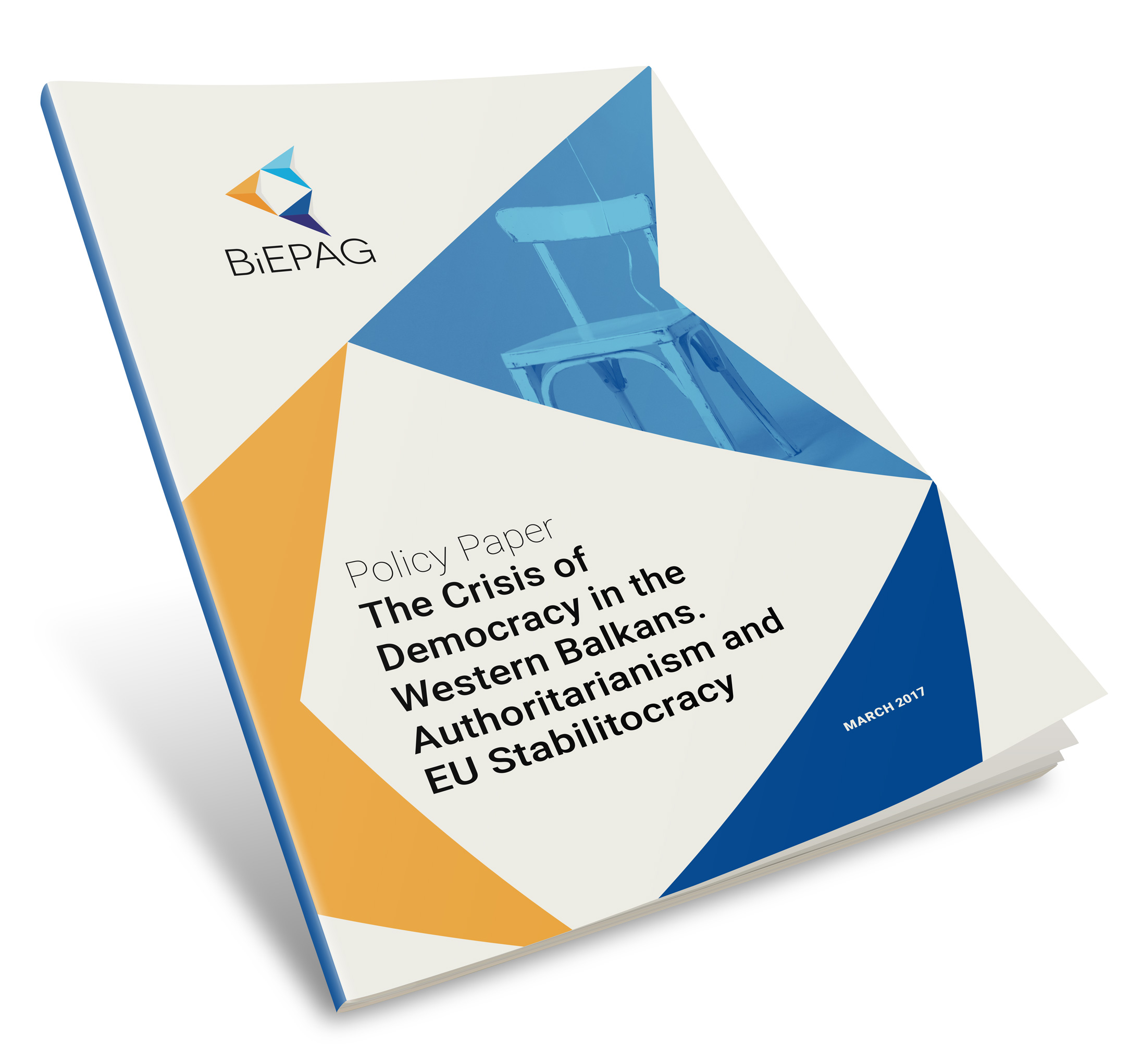 The European perspective of the Western Balkans was solemnly reaffirmed at the 2003 EU-Western Balkans Summit in Thessaloniki. Almost 14 years later, the six Western Balkan countries are still walking a seemingly endless EU integration path, while the EU is often perceived as being too exclusively focused on the mere preservation of ‘stability’ in what is regularly referred to as its ‘backyard’. However, this stability looks increasingly illusory, particularly in light of recent events. The organised roundtable will try to answer the following questions – Would it be more realistic to describe the current situation as a state of ‘stabilised fragility’? Does the EU, in its response to increasing nationalism, authoritarianism and shrinking democracy in the region, go beyond attempts to quench the occasional fires?

They will all reflect upon the latest BiEPAG publication that is considered as both timely and topical. The authors argue that the recent rise of illiberal tendencies in several EU Member States has called into question both the EU’s role model function and the model of ‘democracy through integration’ that seemed to have successfully ensured the export of democratic standards by means of incentive-driven change in the EU’s enlargement policy. In the Western Balkans concepts such as ‘illiberal democracy’ or ‘competitive authoritarianism’ now seem to flourish. Regimes there present themselves as a new kind of ‘normalcy’ while conserving an ‘un-democratic’ core. The policy study explores the dynamics at play in the region with a view to detecting the trends, patterns and paradoxes in the triangle between democracy, authoritarianism and capitalism in a context where EU integration was so far seen as the main process to bring about democratic change.