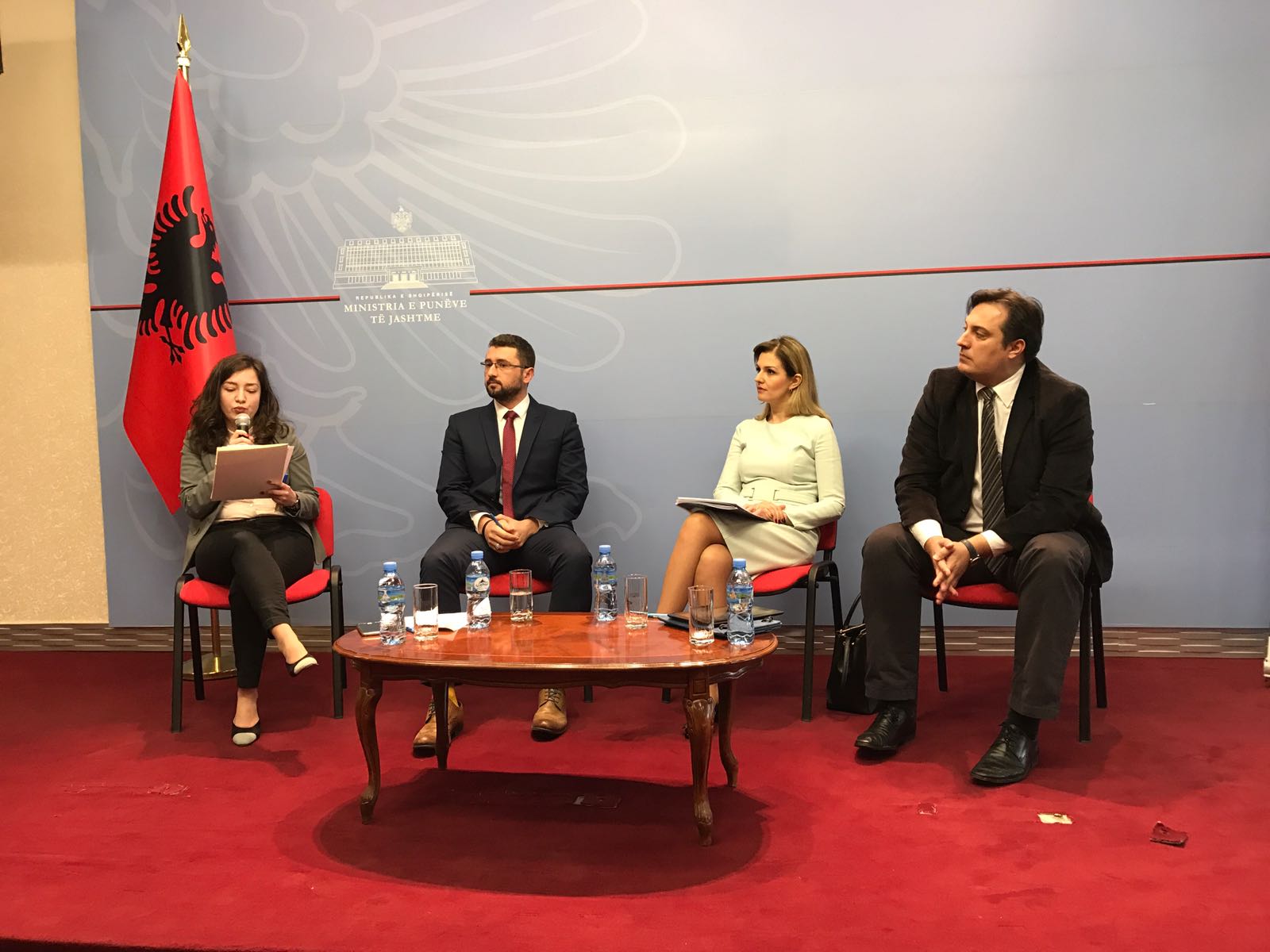 Participants of the Policy forum; Photo: Centre for Excellence of the Albanian Ministry of Foreign Affairs

TIRANA – Center of Excellence of the Ministry of Foreign Affairs of the Republic of Albania, in cooperation with Konrad Adenauer Foundation, organized the second policy forum on security. This second policy forum focused on the present geo-political rivalry between NATO and Russia in the Western Balkans.

NATO member states and Russia have not managed to become constructive partners and this is hardly probable to become true in the near future. The perception factor plays a key role in this regard, as some countries see NATO as a political-military organization that provides for the security of the member states; whereas, Russia considers it an alliance that threatens its interests and security. Currently, the prevailing friction is strictly linked to the enlargement policy of NATO in the region. In this framework, the discussion panel focused on the following key issues: (1) NATO-Russia relations: Russia does not have any long-term vision for its involvement in the region. It understands its relative power towards EU and NATO; therefore, it is using this asymmetric competition in methods, such as opportunism and acting as a spoiler in the Balkans, in order to create a ‘non-functional neutrality’ in the region. (2) The future of Western Balkans: The adoption of a long-term vision remains a regional cooperation imperative, so as to go beyond the fluctuation of political actors’ initiatives within the EU or other international actors. At the same time, progress should be made in improving regional relations, building trust between the people, enhancing communication and working on the establishment of a common labour market for the Western Balkans.

The panel discussion saw the participation of Valbona Zeneli, Director of the Black Sea Eurasia Program at the George C. Marshall European Center for Security Studies, Marko Savkovic, Program Director at the Belgrade Fund for Political Excellence and the Belgrade Security Forum, and Redion Qirjazi, Research Fellow at the Institute for Democracy and Mediation and Former Officer in the Albanian Armed Forces.

The first policy forum was organized in January with a topic focused on migration.

Policy Forum serves as a topic-based follow-up series of activities in the frame of ‘Tirana Initiative’ – a high level annual platform of dialogue launched in July 2016 by Minister Bushati. The aim of the policy forum is to enhance multi-stakeholder dialogue and cooperation, by unleashing their potential and contribution in the delineation of the policy-making process in Albania.  The Policy Forum is structured as bimonthly public event, which targets and brings together experts, researchers, policy advisors, opinion- and decision-makers discussing on relevant foreign policy issues and related implications at the domestic and regional level. The format foresees the participation of three panellists coming respectively from Albania, Western Balkans region and EU, who discuss and draw clear, concise and feasible recommendations for the policy-makers in the light of their field of expertise.

BiEPAG’s policy brief ‘The Crisis of Democracy in the Western Balkans. Authoritarianism and EU Stabilitocracy’ to be presented in EP

Key findings of the 2015 report on Kosovo