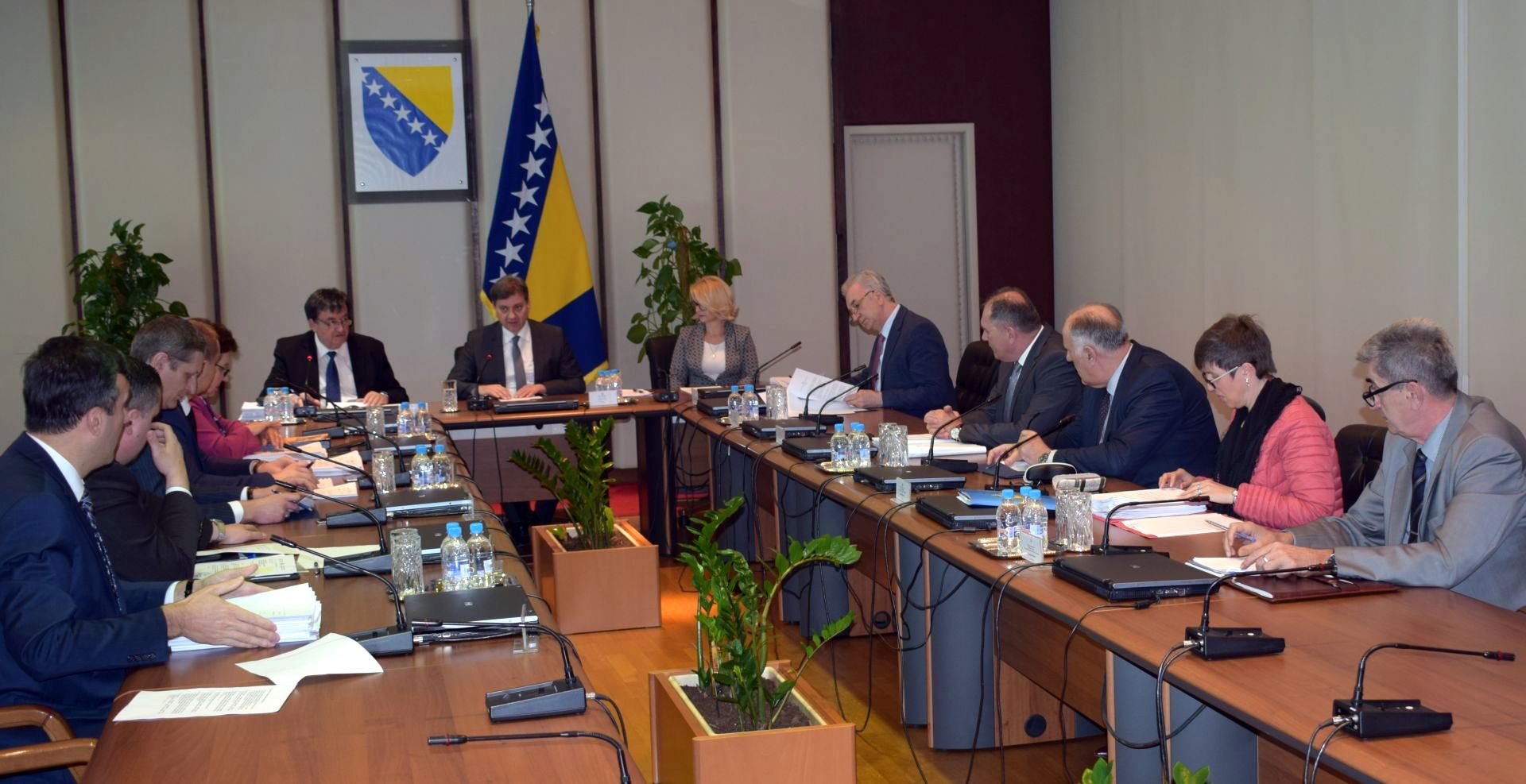 SARAJEVO – The Council of Ministers of BiH considered implementation of the FATF Action Plan, and recommended the Entity Governments to start their activities as soon as possible on amendments and supplements of the Federation of BiH Criminal Code and Republika Srpska Law on Insurance, in accordance with FATF recommendations.

Also, it was recommended to finalise the procedure of adoption with the competent parliaments the pieces of legislation such as the Law on in Insurance Agency and Law on Amendments and Supplements t the Law on Investment Funds of the Brčko District of BiH.

The Ministry of Justice will take needed actions in order to secure that non-profit organisations would not be susceptible too misuse for the purpose of financing of terrorism, according to the FATF special recommendation. It is necessary to find solution for avoidance of double/triple registering and for improvement of mechanism for reciprocal recognition of associations and foundations, i.e. the establishment of a joint data base of the BiH non-government sector.

The Council also adopted a Report of the Ministry of Justice on implementation of the European Union 2014-2020 “Europe for Citizens” Programme for 2016.

The “Europe for Citizens” is the EU Programme which encourages cooperation among citizens and their organisations and supports citizen groups, NGOs and local governance units.

In compared the entrance fee and amount of withdrawn funds, it may be concluded that Bosnia and Herzegovina was successful in the first year of the new 2014-2020 Europa for Citizens Programme.