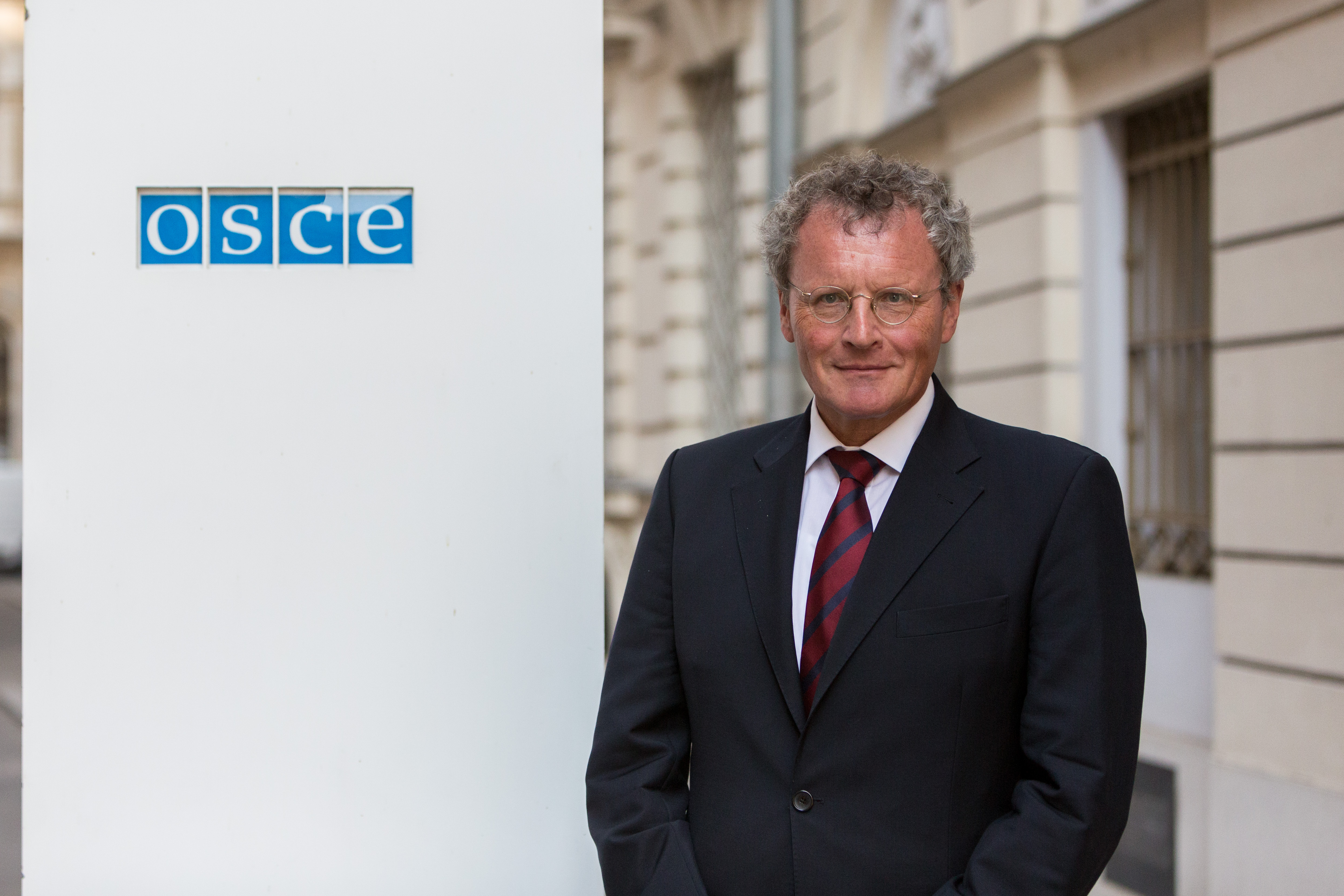 TIRANA – On 20th anniversary of OSCE Presence in Albania, the Head of OSCE Presence, ambassador Bernd Borchardt, gave an interview to Albania Daily News speaking about the achievements of the Presence and situation in Albania, ATA reports.
Ambassador Borchardt points out that the Presence has continued to evolve in step with the country and our work today is focused on the challenges and priorities of today’s citizens and institutions. While we concentrated during our first years on building of institutions, we now put emphasis much more on the functionality of institutions and bringing the latter close to the citizens. The functionality of institutions is a sharp issue as the general elections are approaching while politics still finds itself in a deadlock.

Albania has developed impressively in the last 20 years. I came here for the first time in 1996 – I very much remember how bad Tirana and other towns looked like. We pride ourselves to have contributed to the positive development of Albania. However substantial problems remain in Albania and the Albanians govt. has demand the support of the Presence in a in a number of fields such as in fight against cannabis, to implement the National Strategy on Countering the Violent Extremism, to continue engaging youth, women, and the marginalized and giving a real dimension to this engagement.

OSCE sees itself today as a partner of Albanian institutions and of the Albanian civil society. Albania is part of the OSCE – so Albania is part of our stakeholders and has ownership of the Presence. Our work is closely coordinated with partner ministries and institutions; a substantial part of the work encompasses the Albanian civil society. But we also see for ourselves an advocacy role: we try to convince our Albanian partners of our recommendations and of the international standards that we represent. But the decisions rest with Albania as a sovereign country and its institutions.

There have been many achievements since the Presence’s arrival: supporting drafting in many fields such as the 1998 Constitution, electoral legislation, anti-corruption strategy, the Law on Protection from Discrimination.

Supporting the establishment of the People’s Advocate, the Probation Service, the online platform njohligjin.al, the Vademecum for lawyers, the disposal of hazardous military chemicals.

Dealing with past, most recently, is a very interesting project: the Presence supports a constructive national dialogue about the former Communist regime in Albania.

Justice without delays: a programme to assist district courts throughout the country to substantially reduce the number of non-productive hearings, all these just to name a few.
In general I can say that Albania’s electoral system is a legitimate system, which should be respected. Both left and right wing major parties agreed to the current system in 2008, as they deemed it best fitted the Albanian reality. Therefore, any decision to preserve or revise it rests solely with the Albanian political class. It can be changed – if there is a majority in favour of the changes – in due time before the next elections.

Regarding the electoral legal framework, OSCE/ODIHR has noted in its 2013 and 2015 reports on Albanian elections that, despite shortcomings, it generally provides a sound basis for democratic elections to be conducted. However, this legislation should be improved to address the numerous recommendations that have been made by the OSCE/ODIHR and other international and domestic actors.

There is tangible proof – also in recent years – that civil society can make a difference in Albania. Civil society activists have made strong efforts to make their side of the story heard in protecting public interest in several occasions – the efforts of the Alliance against the Import of Waste in Albania, the activities for the protection of the Valbona river valley and other important sites of natural and historical value, or the movement against the dismantlement of the Syrian chemical weapons in Albania just to mention a few. It is very easy to point the finger at civil society and accuse it of being misused by politicians. But in truth all civil society is political. Civil society is a political space – it’s the arena where the citizens seek to shape the rules governing aspects of social life.

An important aspect of our work with civil society is to bring Albanian youth closer to the democratic institutions; we try to get them interested to ask questions, to challenge decision-makers, to debate with them. At times we organize open forums in remote areas, by bringing decision-makers to the young people. In the debate with our former Chairperson-in-Office Didier Burkhalter, one Albanian youngster asked the question: What is democracy? Foreign Minister Burkhalter replied: “Democracy is, above all, respect for everybody. It is an opportunity for everyone to participate in the search for a solution. Democracy also means inclusiveness and responsibility”.

I couldn’t have phrased it better. Our work is precisely this – to give as much opportunity for citizens to participate, to educate for democracy, to support inclusiveness and shared responsibility. The solution to any crisis of democracy or and the remedy to any democratic deficiency lies with the Albanian citizens. Citizens are the best guardians to democracy.

Gjosha: Integration not only via major reforms but through every doorstep and family in Albania