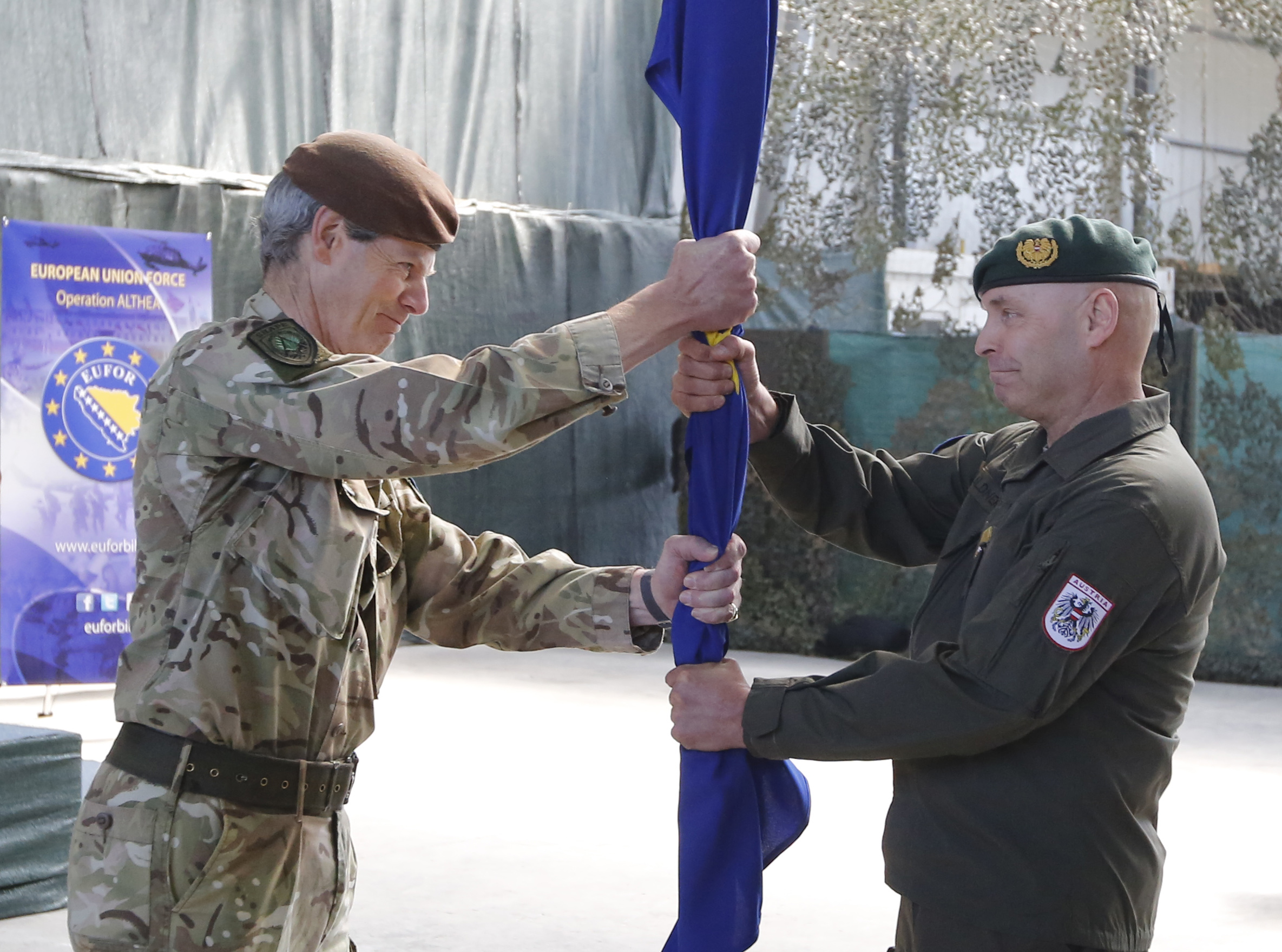 SARAJEVO – Major General Anton Waldner said that he assures the population, the politicians and the international Organisations that EUFOR will remain a dependable, flexible and supportive partner.

On 28th March a Ceremony was held in the Helicopter Hanger at EUFOR HQ, Camp Butmir for the Change of Command of both the EUFOR Operation Commander and Force Commander positions. General Sir Adrian Bradshaw handed over to General Sir James Everard as the Operation Commander of EUFOR operation Althea in BiH.  Major General Friedrich Schrötter handed over as Commander EUFOR, the Force Commander position in Sarajevo, to Major General Anton Waldner.

Speaking at the ceremony General Everard said “I am pleased we have seen real progress here since 2004 and the start of Op Althea. These are however uncertain times. External influences at play in the wider Western Balkans region, and in BiH, have the potential to challenge progress. In the face of such challenges it is essential that we persevere together and demonstrate joint commitment to a persistently methodical approach and steady progress. In this necessary co-operation between politicians, leadership and the people of Bosnia-Herzegovina, in EUFOR you have no finer partner.”

Major General Waldner stated “19 Nations are still engaged in EUFOR. This shows the international will to contribute to the development of the country not only with words and money, but also with Soldiers and Civilians dedicated to spending part of their lives here to help. The tasks remain the same: capacity building of the AFBiH and contributing to a safe and secure environment. The executive mandate allows the significant reinforcement of the Force at short notice and I will not hesitate to call these reserve forces if they are required. I assure the population, the politicians and the international Organisations that EUFOR will remain a dependable, flexible and supportive partner.”

EUFOR Operation Althea is currently made up of soldiers from 14 EU member states and 5 partner nations. EUFOR contributes to the maintenance and stability of a Safe and Secure Environment in BiH and helps to promote a climate in which the peace process can continue.